Students at Brigham Young University’s J. Reuben Clark School of Law are facing the possibility of their school losing accreditation by the American Bar Association (ABA) thanks to a current battle between the school and a group of dissident students identified as FreeBYU.org.

These students have alleged that BYU has violated the ABA’s nondiscrimination policies by expelling students who choose to leave the Mormon religion (which subsidizes the university) or live in same-sex relationships.

They are claiming that by dismissing students who choose to leave the Mormon church, the BYU law school is violating the church’s long-held beliefs about religious liberty.

Once again the velvet hammer of “discrimination” is being used to squash religious liberty. Erick Erickson and I discuss this at length in the new book You Will Be Made to Care. [ The Pre-Order Bonus Package is available for a limited time. ]

But what about the facts?

BYU does admit students of other religions; they simply pay a higher tuition rate.  The Mormon students who enroll sign an honor code which, among other things, prohibits leaving the church and participating in same-sex relationships.

The students freely choose to enroll.  They freely choose to sign the honor code. No one forces them to do so. No one keeps them from doing so. Or at least they shouldn’t if it is consistent with their consciences.

These facts are an inconvenience to those who would attack institutions that are actually exercising their religious liberties.

But the ABA’s own rules state that faith-based law schools may adopt rules consistent with religious “affiliation or purpose.”

FreeBYU.org isn’t willing to let those facts stand; instead, they are now calling for a change to the honor code, according to Brad Levin, a 2011 BYU Law graduate and director of the group.

The law school received a request for information from the ABA a couple of months ago and provided the ABA the information requested. We have been accredited by the ABA since 1974 and are confident that we continue to meet ABA standards.

Trinity Western University, an evangelical Christian school in Canada, is being challenged by a Canadian Provincial Bar Association over the university’s honor code restricting sexual activity to heterosexual married couples. Trinity Western won a challenge in the British Columbia Supreme Court, but the ruling was appealed by the province’s bar association, which voted against accrediting the law school.

Accreditation and approval are tools being  used by the Left to force a secular religion upon the rest of us — to make us care. 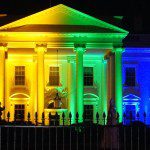 February 9, 2016 Super Bowl Halftime Show Preaches Gay Marriage Gospel
Recent Comments
0 | Leave a Comment
"what god? you're just making stuff up"
dftysrtysrty How to Be Truly Thankful this ..."
"I do like to read the very real experiences of people and human responses and ..."
calvin smit Why I’ve Stopped Singing in Your ..."
"Genesis 35:19-2 (Jacob/Israel set up the monument for Rachel long before the bondage, exodus, Law, ..."
lynlindberg Was Jesus Born Away in a ..."
"My question concerns Jose post from • 7 years agoWhat was the origin of the ..."
lynlindberg Was Jesus Born Away in a ..."
Browse Our Archives
get the latest from
Evangelical
Sign up for our newsletter
POPULAR AT PATHEOS Evangelical
1