The New York City Ballet (NYCB) arrived for its annual two week July engagement at its summer home in Saratoga Springs, NY.  I have the good fortune to live nearby.  Alexander Pushkin aptly described ballet as “a dance executed by the human soul.”  There is something sacred about every ballet performance.

Dance has the potential to release an indescribable spiritual energy that only occurs in an instant.  It is a one-time spiritual charge, a one-time expression of the 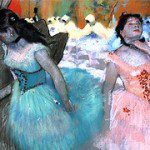 soul in time, place, and moment.  Even a piece of fine art hanging in a gallery can have a similar impact.  How one experiences a Degas at twenty-five years of age will be different at forty-five because he or she has lived, has perspective, is in a different place in life, has loved and lost, and hopefully has embraced and experienced greater revelations gifted by God.

A ballet can be artificially captured by video or photography.  In doing so, however, its spiritual element is greatly marginalized and the aesthetic, majestic 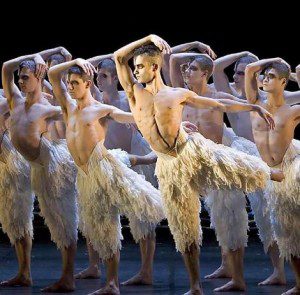 As beautiful as these athletes are the soul’s ethereal, mystical expression through dance dissipates into the cosmos as soon as it is created.  There is also a cultural and temporal aspect about ballet or any art form.  These transient elements can weigh down the soul.  They are not reality.  Reality is spiritual ecstasy created in the dance that comes from the experience.  It is divine awe in an instant.

According to Nicolas Berdyaev, “human creativity is not a claim or a right on the part of man, but God’s claim on and call to man.  God awaits man’s creative act, which is the response to the creative act of God.”  He added that “Man awaits the birth of God in himself … Creativity … is a flight into the infinite … which transcends the finite toward the infinite.  The creative act signifies an ek-stasis, a breaking through to eternity.”

Ballet can be a deeply personal, mystical experience for dancer and audience 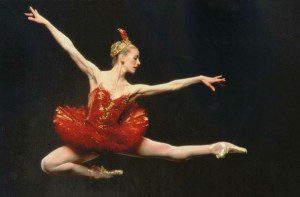 member.  I recall a seminary professor declaring a closer connection to God every time he saw gentle giants swim, especially if he was able to touch them during a whale watch.  He had his whales.  I have ballet as one connection.

Dance is creativity.  It is the art of making before your eyes.  It is Sophia – God’s co-creator – gathering God’s scattered children together during a performance indifferent to ethnic, social, sexual, religious, and economic distinctions.  It transforms into the universal soul of God’s cantankerous family united.

It frees.  It releases.  It empowers.  It transcends.  It calls us to God’s liberty.  It seats us as sisters and brothers at a table of divine equality.

“Beauty,” Dostoevsky taught, “will save the world.”  Alexander Solzhenitsyn called this enigmatic maxim from Dostoevsky’s novel the Idiot “prophetic.”  Sophia reminds us that the Wisdom of Mystical Love is not legalistic or corrupted by legalisms, but similar 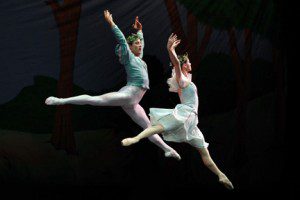 to a breathtaking moment in a ballet performance is omnipotent freedom, holy expression, divine revelation of humankind’s soul made in the image of God where the Holy Author invites men and women to be co-creator of heaven on earth.  “The kingdom of God is within you” (Luke 17:20-21).  We must share, express, and be part of the Creative Act.