Dreams fascinate me.  With each passing day they absorb more of my time.  Carl Jung and I are now very acquainted.  We may become good friends.  I even invested a small fortune to acquire Jung’s The Red Book. 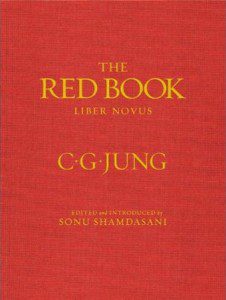 Dreams often keep me up at night because I analyze them on the spot when I rouse from an intense slumber.  Then I can’t get back to sleep.  It’s a big problem.

Recently, I dreamt about Lucifer and chocolate and perhaps by extension sin.  It’s possible that the organic protein bar I ate a few hours before bed had something to do with the dream’s peculiarity.  After all, the “organic” protein bar came from sunny California where Walt Disney built the “Happiest Place on Earth.”

The dream itself was seemingly short.  I sat at a long rectangular table, possibly mahogany, with piles of chocolate in front of me.  The room was 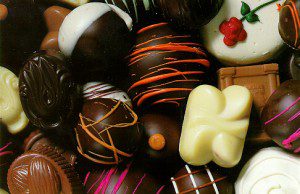 small and non-descript.  It had four white walls.  Sitting across from me in a dark tie, wide pinstriped suit, and French cuffed shirt was Lucifer looking either like a slick, creepy banker or lawyer.  Or is the last part redundant?

He didn’t have horns, look ghoulish, need a breath mint, or have a red tint to his skin.  The Devil reached over, without asking permission, and had the hubris, the audacity, the temerity, to take a piece of my chocolate!  The nerve!  The sacrilege!

I pounced on him like a cat to a mouse with no chance of survival.  His hand was slapped so hard that he dropped the chocolate and pulled it back like a chastised child.  He looked at me in shock.  I blew on the chocolate to get rid of Satan cooties and re-stacked it.

He rubbed his hand and looked at me indignantly.  “Do you know who I am? I’m Satan!  I am Lucifer!”

Undiplomatically I snapped, “I don’t [expletive] care if you’re the [expletive] Pope, Shiva, Buddha, Mohammed, Zarathustra, Madame Blavatsky, the Dali Lama, or the Patriarch of Kyiv all rolled into one times ten!  You don’t touch the chocolate!”

I confess if Lucifer brought in Ethel Merman to belt out show tunes leaving my bleeding eardrums crying for mercy I may have given up one piece.  Just one!

Yes.  It was an actual dream.  I am being truthful.  By the way this blog entry is not about inviting anyone to analyze the health of my spiritual psyche or any other inner emotional issues I have unintentionally 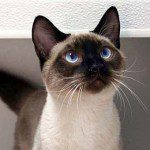 revealed.  I already know I’m destined for a dilapidated Victorian mansion in retirement with 15 or so Seal Point Siamese cats.  Let’s move on.

Religious and spiritual obsession with Satan is the focus here.  In my opinion the dream is about the silliness of Satan.  Far too much time is spent blaming Satan, accusing him of wars, fearing he’s under the bed, or responsible for the breakup of marriages, among other things.  It brings to mind Flip Wilson impersonating the foxy, street smart Geraldine who would almost always say as she swung her hips, “The Devil made me do it!”

Honey, I don’t think so.  The only thing Satan has done is give too many people an excuse not to take responsibility.  Or even worse it shows how 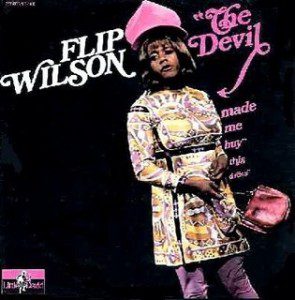 science has been ignored and not converged with faith.  Gluttony, considered one of the seven deadly sins, is not a sin if put in proper context.  Overeating or being overweight often stems from stress, anxiety, boredom, loneliness, metabolism issues, and cultural upbringing, among other things.  Many so-called sins are untreated mental health issues.  In other cases, so-called sin is demonized because science and knowledge is not brought in to understand the issue.

Of course there are those who actually believe that Satan’s greatest strength is that people like me don’t believe in him.  Pahleaze.  Using this logic suggests that vampires, werewolves, and zombies (oh my) get their strength in the same manner.  If Satan is lurking about then where are the vampires?  If truth be told I’d be a lot more convinced and quick to share my chocolate with Lucifer if I had a vampire (not a credit card company) banging on my door wanting several pints of blood (not 21% interest).

Holy Sophia/the Holy Spirit has shared with us a great deal of wisdom, knowledge, and revelation on the subject.  We have the benefit of very accomplished writers, scholars, and researchers who have written extensively on the subject.  I strongly recommend A History of the Devil by Gerald Messadie, The History of Hell by Alice K. Turner, and The Origin of Satan and Adam, Eve, and the Serpent both by Elaine Pagels.

Sometimes I wonder if clergy need, want, and encourage Satan to be around.  What happens to those in positions of authority that tell us what to do if most people realized Lucifer is a myth, metaphor, or a teaching story at best?  What happens if people spent more time caring for others because it was the right thing to do instead of worrying about their own narcissistic fears of eternal damnation?  What happens if Christianity actually spent more time on Christ’s two greatest teachings – love God and one another as Jesus unconditionally loves us – instead of the soul’s eternal torment?

Would this diminish the role of priestcraft and the controlling, manipulative Grand Inquisitors referenced in Dostoevsky’s The Brothers Karamazov?  Has the illusion of Satan replaced the reality of Jesus?

If Satan actually exists why not start a religious society for the dumb fool’s redemption and be done with him?  Maybe he’ll get so tired of hearing prayers offered on his behalf that he’ll run back to God begging to

get back into heaven.  Of course there will be naysayers that argue Satan is too arrogant to return to God.  Has anyone tried?  Why not include in daily prayers a line for Lucifer that he see the errors of his ways and come home?  Miracles happen every day.  Maybe Lucifer needs some TLC and especially to be embraced in the fullness of Christian love.

Paul is author of Crucifying Jesus and Secularizing America – the Republic of Faith without Wisdom and Credit Card Usury and the Christian Failure to Stop It.

September 9, 2011 Secularizing God on 9/11
Recent Comments
0 | Leave a Comment
Browse Our Archives
get the latest from
Faith With Wisdom
Sign up for our newsletter
POPULAR AT PATHEOS Progressive Christian
1

Stop Telling Me about the "Lazy"...
Honest to God
Related posts from Faith With Wisdom

The Power of Social Ethics / On Robin...
These thoughts were adapted from the work of social ethicist Dr....
view all Progressive Christian blogs
What Are Your Thoughts?leave a comment
Copyright 2008-2017, Patheos. All rights reserved.