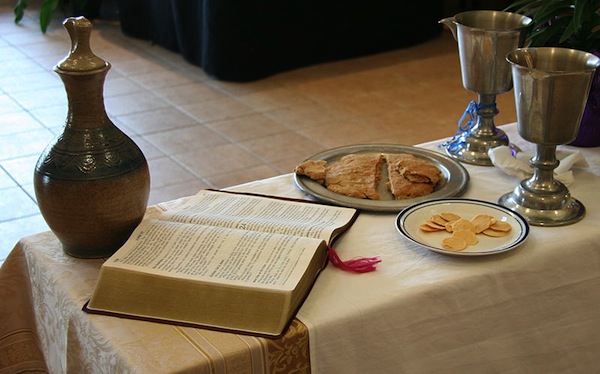 Over at Juicy Ecumenism, guest poster Thomas Holgrave (of the worth-checking-out blog The Hipster Conservative) tries his hand at some religious taxonomy, attempting a description of “Two Kinds of Christian Conservatives.” Holgrave observes that the old liberal/conservative distinction in Christianity is breaking down somewhat as millennial evangelicals and Catholics have emerged as less politically conservative than their parents without necessarily embracing the theological liberalism of the Protestant mainline. He writes:

Younger Christians who are keeping the faith are often dissatisfied with elements  of their parents’ churches, but the shift seems to be moving them in a more “catholic” direction, toward a more liturgical, roots-oriented Christianity.  While their politics may not be those of the Christian Coalition, their religion may actually be more “conservative.”

In Catholic circles, he describes the split among Catholic conservatives as being between “the new orthodox,” who are primarily “concerned with maintaining and restoring authentic Catholic teaching,” and the “Benedictines… whose ultimate value is the restoration of a more reverent, traditional liturgy.”

Holgrave offers a fresh taxonomy for this diversity in conservative Christianity, presenting these divisions in terms of “theological conservatives” and “liturgical conservatives.” I don’t think Holgrave is entirely wrong to argue that the old generation is more concerned with theological and political orthodoxy while the new cares more about liturgy, but this division has its limits. Thinking around how I would offer a better description of this generational shift, I remembered Jonathan Haidt’s argument in The Righteous Mind, that to understand group behavior, the essential thing is to “follow the sacredness.”

On the one hand, Haidt’s model of group behavior is not substantively different from any investigation of “values” or what philosophers call “hypergoods,” the objects and pursuits that a cultural group reverences above all others. But what Haidt adds to this analysis is an appreciation of the power of symbols and narratives for guiding value-based behavior. For example, political liberals see themselves as the inheritors of an Enlightenment tradition of human liberation through technological progress (this is one facet of their “narrative”). This would explain why cuts to government-funded scientific research might strike a political liberal as something more than bad policy; such cuts could inflame the passions because they are essentially a “sacrilegious” act when science is “sacred.” Across the aisle, political conservatives tell themselves that they are the last line of defense between the body politick and an all-consuming government Leviathan. The uproar over Michael Bloomberg’s proposed ban on extra large soft drinks arises not from a sincere desire to coat our insides in a half-gallon of high fructose corn syrup but from a symbolic attack on our sacred (negative) liberty.

Turning back to the taxonomy of Christian groups, we should be asking the following three questions. First, what do these groups hold sacred? Second, What are the symbols of that sacredness? And third, what is the narrative that holds it all together?

With this methodology in mind, we can spot an error in Holgrave’s analysis when he talks about “the theologically liberal, desacralizing side of the church.” If what ultimately creates group identity is a shared sense of “sacredness,” it’s incorrect to describe the liberal wing of Protestant Christianity as “desacralizing.” In reality, they are simply “differently sacralizing.” And what do they sacralize? My suggestion would be that liberal Christians tend to locate themselves in a narrative similar to that of the political left, which emphasizes progress away from the oppressive, hierarchical structures of the past toward a liberated, egalitarian future. One of the best symbols I can think of for this narrative is the practice of open communion in some liberal congregations in which the sacrament is open to all regardless of faith. Likewise, the doctrines of exclusivity and authority in traditional Christianity are sacrilegious from a liberal perspective, because they militate against openness, equality, and other sacred principles.

Traditional conservatives, I would suggest, primarily sacralize doctrine and morality. These commitments account for the “intellectualist” focus that pervades the conservative Christian subculture, including its cultural isolationism, its Religious Right-style politics, its worldview-talk and its continued concern with modernist apologetics in the new postmodern era. The narrative among traditional conservatives, even those with no patience for the Moral Majority or Answers in Genesis, remains one of resistance to a culture that is rapidly going astray because it has abandoned certain true beliefs. And it is chiefly these beliefs that are held sacred.

So what about the emergent liturgical conservatives identified by Holgrave? What’s their story? I would posit that their liturgical interest is substantially if not primarily a reaction against the belief-based religion of the previous generation in favor of a practice-based model. But as Holgrave observes, this pivot towards practice does not entail or even typically include a rejection of beliefs, and I think complementarity illustrates the true character of the new wave. My suggestion would be that when we ask what these younger Christians hold sacred, the simplest answer might be “More.”

The previous generation of conservatives focused exclusively on beliefs and risked turning the church into a religious think tank or political action committee, while the previous generation of liberals focused exclusively on practice and risked turning the church into a spiritual country club or NGO. The next generation, at least a significant portion of it, are saying they want both beliefs and practice. This Both/And generation may not fit into our existing taxonomies, but they don’t so much find a middle way between the conservative and liberal wings but attempt to combine substantial elements of both thin broths in a thicker, heartier faith/works soup. That soup includes concerns about doctrine, morality, social justice, and beauty that were rarely integrated in the lives of the previous generation. They are radically willing to extend sacredness to a broad spectrum of human experience, not baptizing the whole world and everything in it, but affirming that God cares about a lot of stuff, even more stuff than most people can bring themselves to care about most of the time.

In the comments, tell me what you think about this taxonomic experiment. Do you agree that there is a hypersacralizing movement among younger Christians today? What would you add about their character? What are we going to call these guys (I’m nominating “Sacrallennials”)? All thoughts are appreciated. 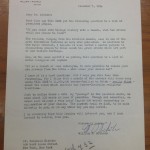 A Sign of the Times: When...
The Chorus In The Chaos
Related posts from Fare Forward