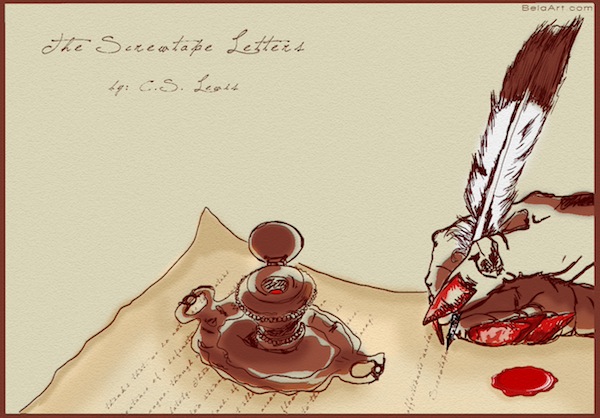 Yesterday I discovered this thought-provoking interview on abusive religious groups. The interviewee, Samantha Field (a Fare Forward reader, by the way) blogs at Defeating the Dragons about her experience rethinking faith after a youth spent in extreme Christian fundamentalism. Everyone I shared the interview with agreed that Samantha’s experience was horrific, and we are all impressed with her efforts to think through these issues and recover a healthy, orthodox Christian practice. Many of us know other “burn victims” who have incurred lasting emotional and spiritual damage through contact with cult-like, abusive religious groups. Spiritual abuse is clearly a real issue, and I’m very grateful that there are resources like the Spiritual Abuse Survival Network available for victims.

You can probably hear the “but” coming, and I regret that, because I sincerely don’t mean to minimize the evils of spiritual abuse. Nevertheless, one friend pointed out that “spiritual abuse awareness” is likely to become a major topic in the Christian blogosphere thanks to attention from bloggers like Elizabeth Esther and Rachel Held Evans, and I have some misgivings about that prospect.

Without diminishing in any way the devastating effects of spiritual abuse in individual lives, I hope that we can keep this subject in perspective if it begins to receive widespread attention. Our society has a habit of focusing national conversations on scary—but ultimately marginal—threats. For those in the grip of extreme sects,  fundamentalism is a dire threat to their wellbeing. But like a devastating but rare disease, our attention might be better focused on treating individual cases than on preparing for a very unlikely pandemic.

C.S. Lewis has an instructive passage on this point in The Screwtape Letters. Lewis’s Senior Tempter writes,

The use of Fashions in thought is to distract the attention of men from their real dangers. We direct the fashionable outcry of each generation against those vices of which it is in the least danger, and fix its approval on the virtue that is nearest the vice which we are trying to make endemic. The game is to have them all running around with fire extinguishers whenever there is a flood, and all crowding to the side of the boat which is already nearly gunwale under.

Now, I think that reasonable minds can differ on this point, but I would posit that Fundamentalism is a vice from which we millennials are in very little danger. By all accounts we are suspicious of authority, contemptuous of dogma, and hostile towards efforts at social control of the religious kind. That is exactly why experiences like Samantha’s move us; we see such oppression clearly and immediately. So we should be asking ourselves: in our rush to denounce an already unpopular group, what threat are we overlooking?

Sociological studies suggest that the real danger for millennials is not “spiritual indoctrination.” On the contrary, we are perhaps the least catechized, the most theologically and ethically illiterate generation ever. We are in less danger of being dominated than of being hopelessly (and even unconsciously) adrift. This unmoored way of living then, in turn, opens us up to all kinds of more subtle social control, though advertising and other consumerist cultural liturgies. This is not to say that fundamentalism is a preferable alternative to our present fecklessness, simply that of the two ways of straying from the Golden Mean, we seem much more prone to the latter but spend more time worrying about the former.

The blogosphere should be outraged by the accounts of spiritual abuse that brave survivors are bringing to light, and the church should make every effort to bring healing to these individuals. At the same time, we should not be distracted from the less overtly offensive, watered-down, undisciplined Christian derivatives, like the Moralistic Therapeutic Deism that is rampant among millennials. 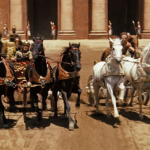 April 8, 2013
Vengeance is Mine, Saith the Lord
Next Post 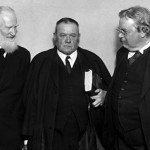 April 10, 2013 Father Brown and the Reality of Sin
Recent Comments
8 Comments | Leave a Comment
"bla bla bla. old or not. still works.no, wait. metaphysical pluralism still rules"
Sandro Wisdom Vasconcellos What We Are: Mind, Body, and ..."
"Soul is not matter. It is beyond the physical realms, It is at quantum mechanics ..."
Sandro Wisdom Vasconcellos What We Are: Mind, Body, and ..."
"This is yet another article that derails discussion of spiritual abuse into other very important, ..."
istavnit Overemphasizing Spiritual Abuse?
"I'm very interested in the matter of secularization; do you have other book suggestions along ..."
Luke Breuer Reading Recommendation: The Secular Revolution
Browse Our Archives
Related posts from Fare Forward