Politics and the Bible as Narrative

Politics and the Bible as Narrative July 1, 2013 Jake Meador 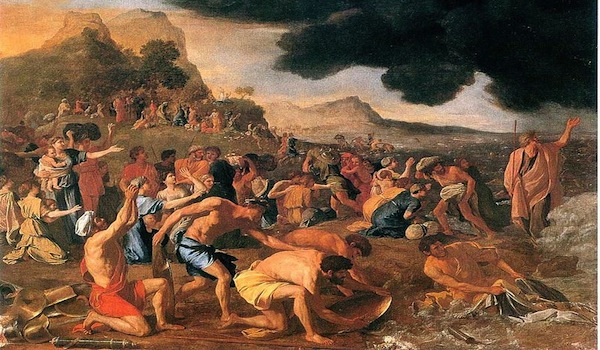 From Oliver O’Donovan’s The Desire of the Nations:

If political theologians are to treat ancient Israel’s political tradition as normative, they must observe the discipline of treating it as history. They may not plunder the Old Testament as though it were so much raw material to be consumed, in any order and in any variety of proportions, in the manufacture of their own theological artefact. They are dealing with a disclosure which took form in a succession of political developments, each one of which has to be weighed and interpreted in the light of what preceded and followed it. To dip into Israel’s experience at one point—let it be the Exodus, the promise of shalom, the jubilee laws, or, with Thomas Cranmer at the coronation of Edward VI, the reign of Josiah of Judah–and to take out a single disconnected image or theme from it is to treat the history of God’s reign like a commonplace book or a dictionary of quotations. We may not appeal to the Exodus for the deliverance of the poor and then avoid mention of the conquest of Canaan; we may not appeal to the conquest to make a distinction between the dynamic pilgrim melek and the static bacalim and then avoid mention of the tribal settlements; we may not appeal to the tribal period for the decentralized republican spirit of the amphictyony and then avoid mention of the monarchy, and so on.

O’Donovan’s point that Scripture is a narrative, not an ancient version of Brainy Quote, can actually be pushed even further. If we adopt the Exodus as a singular event that captures the political spirit we endorse and ignore what comes before and after the Exodus, then we have to recognize that said political ideal is not actually being shaped by Christianity, but Christianity by the ideal. We are beginning with a political ideal—and in the case of Exodus-citers it’s usually a left-wing populist ideal—and reinterpreting scripture in light of that preconceived belief we took with us into the text. So the same thing that drives us to love the Exodus will have us whispering “genocide” as we read Joshua.

The conclusion is relatively simple. In attempting to approach public life through the lens of Scripture, there will be ample opportunity for us to entrust the work of interpretation to Mike Huckabee on the right or Brian McLaren on the left, both men with a well-established track record of twisting scripture to advance a certain political agenda. But the actual work of understanding oneself as a member of the City of God and then trying to discern how that citizenship manifests in the world of public policy, debate, and ideas is going to be far more difficult.

“[Functional reduction] happens when practitioners of prophetic religions lose faith in the significance of the encounter with God as God and employ religious language to promote perspectives and practices whose content and driving force do not come from or are not integrally related to the core of the faith. No ascent [to encounter God, a la Moses on Sinai] has happened; instead a pretense of ascent and of speaking and acting in the name of God is employed to promote preset desirable ends. Such “prophets” exploit the authority for their audiences of a god who has lost all authority for the prophets themselves. They have reduced the living God to a function of the prophets’ religious language.

Gradually the language about God is hollowed out from within, maybe by lack of trust and inconsequential use, until only a shell remains. And then that shell is put to what are deemed good uses. The prophets preach, but trust in their own insight—maybe informed by a nugget of psychological wisdom (Dr. Phil!) or a piece of social analysis (Noam Chomsky!)—without even expecting that the faith might have anything distinct to say about the matter. Wittingly or unwittingly, a serious malfunction has occurred—provided we understand the Christian faith not just as a version of some generic moral teaching, but as a prophetic faith in the Creator, Redeemer, and Consummator of the world.

Jamie Smith wrote about this same error recently in Comment:

In strange, often unintended ways, the pursuit of “justice,” shalom, and a “holistic” gospel can have its own secularizing effect. What begins as a Gospel-motivated concern for justice can turn into a naturalized fixation on justice in which God never appears. And when that happens, “justice” becomes something else altogether—an idol, a way to effectively naturalize the gospel, flattening it to a social amelioration project in which the particularity of Jesus as the revelation of God becomes strangely absent.

Briefly put, one of the chief dangers for Christians seeking to understand public life in light of the Gospel is the danger to seize on whatever text we find that supports our particular agenda, interest, or concern and then run with that, as if that was the entire word on the subject. But O’Donovan’s quote above reminds us that the biblical narrative is just that—a narrative. So you cannot snatch and grab what suits you and ignore the rest. And when you do, you are functionally reducing the Gospel from the glorious declaration that God is making all things new down to a cheap political talking point.

[Image of Israel Crossing the Red Sea from Wikipedia] 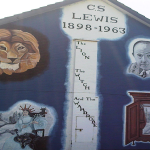 July 5, 2013 The Gospel of Authenticity
Recent Comments
3 Comments | Leave a Comment
"bla bla bla. old or not. still works.no, wait. metaphysical pluralism still rules"
Sandro Wisdom Vasconcellos What We Are: Mind, Body, and ..."
"Soul is not matter. It is beyond the physical realms, It is at quantum mechanics ..."
Sandro Wisdom Vasconcellos What We Are: Mind, Body, and ..."
"This is yet another article that derails discussion of spiritual abuse into other very important, ..."
istavnit Overemphasizing Spiritual Abuse?
"I'm very interested in the matter of secularization; do you have other book suggestions along ..."
Luke Breuer Reading Recommendation: The Secular Revolution
Browse Our Archives
get the latest from
Evangelical
Sign up for our newsletter
POPULAR AT PATHEOS Evangelical
1 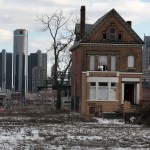 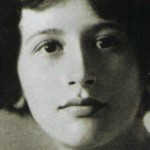