The Gospel of Authenticity

In last Saturday’s New York Times, Simon Critchley and Jamieson Webster critique the “pursuit of authenticity” that has pervaded American spirituality in the past few decades. Titling their piece, “The Gospel According to ‘Me’,” Critchley and Webster describe America’s transition from a society rooted in Judeo-Christian morals to one characterized by “a weak but all-pervasive idea of spirituality tied to a personal ethic of authenticity and a liturgy of inwardness.” Spirituality has become an “eat-pray-love” sense of peace with oneself, rather than a radically life-altering belief in a higher power or set of universal, objective truths.

While this type of relativistic authenticity may initially seem liberating, the op-ed points out the way in which it actually induces a “passive nihilism,” which, in failing to put a doctrinal stake in the ground, “doesn’t really require a belief in anything.” This mentality contributes to the ever-graying boundary between work and personal life by encouraging individuals to tie their professional success to their self-worth. In the absence of a larger source of meaning, individual excellence becomes premium.

From a Christian perspective, much of the op-ed rings true. In recent years, many popular preachers have revived Puritan teachings on the subject of idolatry. As the message typically goes, humans worship by impulse, and without (or even with) a knowledge of God, their praise is attached to lesser things. Tim Keller wrote:

What is the cause of this ‘strange melancholy’ that permeates our society even during boom times of frenetic activity, and which turns to outright despair when prosperity diminishes? De Tocqueville says it comes from taking some ‘incomplete joy of this world’ and building your entire life on it. That is the definition of idolatry.

In this respect, “The Gospel According to Me” is insightful. While individualism, masked as authentic spirituality, can provide a surface calm, looking only inward to pursue meaning can be an ultimately inadequate and self-defeating endeavor. Whether that individualism takes the form of enlightenment through yoga, or self-satisfaction from climbing the corporate ladder, Critchley, Webster, and Keller would agree that it is largely void of meaning without some greater perspective.

But while Critchley and Webster do a competent job exposing the perils of idolatry, they don’t adequately address the human impulse towards authenticity. Surely, the desire to be genuine can be admirable. Humility is a form of authenticity, recognizing the real or authentic relations that exist between God and man. In this sense, authenticity allows, rather than hinders spiritual growth.

If we take the term authentic to mean being “true to oneself,” authenticity is still not necessarily problematic. Moral development doesn’t require a person to lose his or her individualism; rather, as CS Lewis put it, “Give up yourself and you will find your real self.” It is this second self that we can be authentic about without lapsing into idolatry. Paraphrasing Luke 17:33, Lewis explains that self-awareness, paired with a willingness to change and the transformative power of God, is an essential part of spiritual growth. In this sense, authenticity is critical to an orthodox Christian conception of spirituality.

The real problem, which Critchley and Webster do imply but do not explicitly address, is not authenticity in and of itself, but authenticity in the absence of some larger moral structure, embodied in a conception of the virtuous self. John Donne wrote, “No man is an island.” Inhabiting one’s own moral universe means anything is permissible, but leads to quickly shifting boundaries and beliefs. What begins as authenticity undoubtedly ends as self-contradiction. Critchley and Webster close with the example of Hamlet, who, though claiming to be “true to himself,” fails to act on much of what he purports to believe in, ultimately becoming inauthentic. They then offer an ultimate warning against moral complacency, which they see as the result of autonomously navigating (or constructing) a moral universe.

Critchley and Webster make an argument that is not frequently seen in a secular context, identifying several issues with the spiritual state of current American society that are often addressed in Christian teachings. They’ve poked holes in “eat-pray-love.” But what is next? Mass conversions, maybe, but more likely a subtle shift away from pop spirituality towards some alternative moral structure. 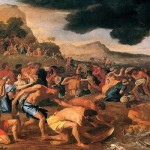 July 1, 2013
Politics and the Bible as Narrative
Next Post 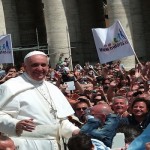