The Wonderment of Grace

A narrow understanding of faith very readily turns to bitterness and coerciveness. There is something about certainty that makes Christianity un-Christian… Therefore, because I would be a good Christian, I have cultivated uncertainty, which I consider a form of reverence. -Marilynne Robinson, “Credo,” 2008

In every sense, Marilynne Robinson is an act of God.

First of all, she belongs to that rare confederacy of authors who loom large in the moral imagination of their own day. Laurelled as the “world’s best writer of prose” by The Sunday Times in 2008, Robinson has published three novels, two collections of essays, and two extended works of non-fiction in a literary career spanning four decades. Robinson’s first work, Housekeeping, was included in the one hundred greatest novels of all time by the UK Guardian Observer. Twenty-three years later, her second novel Gilead received the 2005 Pulitzer Prize. Her books are frequently reviewed with words like exquisite, luminous, haunting, lucid, and elegant.

Second, Robinson’s writing is entwined with Christian splendor. Religious themes, Christian engagements, and theological sensitivities saturate every ounce of both her fiction and non-fiction. In fact, the explicit preoccupation with religion in Marilynne Robinson’s mythopoeia has quite nearly produced a cottage industry. “Robinson’s stories and characters not only delight and instruct but also deeply move us on matters of Christian faith,” says R. Scott LaMascus. As Michael Dirda noted in his review of Gilead for The Washington Post, it is “so serenely beautiful, and written in a prose so greatly measured and thoughtful, that one feels touched with grace just to read it… one regularly pauses to reread sentences, sometimes for their beauty, sometimes for their truth.”

But most of all, Robinson seems to be clearing a space for mystery in our (post)modern world. Although it is lost to many in this age of tweet and taint, Robinson appears enraptured by the precariousness of a sacramental vision. Indeed, a prophetic gift lingers prayerfully at the center of her works. Nothing in our present age of whirl and woe escapes her redemptive gaze. She imprints a symbol of anointing on every issue she addresses. By shining a glorious light of praise on the cosmos, the mind, and the faith, she hallows the gift of sanctified wonderment. Like a humble votive, Robinson reveals how a wonderment of grace in a world so loved by God can arise from faithfulness, reverence, and assurance without ever calcifying as obduration, intransigence, or certitude.

The Universe. All of the cosmos, time, and existence drips with the lushness of profound and ineluctable mystery, according to Robinson. These realities warrant perennial attention. They persist as live and momentous quandaries in the modern mind no less than the ancient one. The sheer existence of the natural order, which has never needed to “hear the word, ‘Eureka,’ or, for that matter, even the word ‘nature,’” is astounding.

Nevertheless, to Robinson’s chagrin, the mere fact of the universe has come to explain itself away in our time. In the cautionary words of Ruth, the protagonist of Housekeeping, “All this is fact. Fact explains nothing. On the contrary, it is fact that requires explanation.” What does it mean, then, that a star, a cloud, a river, a flower, a skyscraper, and a baby exist? For starters, “we have no way of knowing the true nature of the reality in which we are immersed”; thus, Robinson writes, “If we do not know the character of being itself—I have never seen anyone suggest that we do know it—then there is an inevitable superficiality in any claim to an exhaustive description of anything that participates in being.”

The lack of absolute comprehension,or omniscience, encourages humility. Robinson, following the theological genius of Jonathan Edwards, underscores the ineffable beauty of being-in-general. In short, being is the start of perception and wonder. As Reverend John Ames, in Gilead, proclaims, “Wherever you turn your eyes the world can shine like transfiguration. You don’t have to bring a thing to it except a willingness to see. Only, who could have the courage to see it?” Per Robinson, science cannot pretend to offer the solution or resolution to this mystery, but only  a variety of detailed articulations of it. The question of the good or the true or the beautiful “has by no means gone into abeyance since we learned to make penicillin or to split the atom.” Science, like theology and culture, is a strategy of narration. “Every grand venture at understanding is hypothesis, not so different from metaphysics.”

The Mind. The vastness of the wonders of being, for Robinson, substantiates the subjective mind. The locus of apperception is, consequently, interwoven with external grandeur. Yet, the “presence of human consciousness is a radical, qualitative change in the natural order.” Therefore, the self, the spirit, the soul, the mind’s eye, this sanctuary constitutes a point of dynamic convergence.

“It may have been perverse of destiny to array perception across billions of subjectivities, but the fact is central to human life and language and culture, and no philosophy or cognitive science should be allowed to evade it.” Interpenetrative mystery of this order invigorates human exceptionalism; on the other hand, it forewarns of presumptuous egoism. “By this kind of reckoning we are either immeasurably insignificant or we are incalculably precious and interesting. I tend toward the second view.” Far from being debilitating, the exigencies of wonderment in the universe and in the subjective mind stimulate awe.

Only from a posture of modesty before the complexity and mystery of depth crying out to depth can Christian uncertainty blossom. Robinson seems to view her writing as an apologia for this sort of exalted or unfathomable meekness. From another angle, her works are an apologia contra cynicism. In the postmodern era, “we feel increasingly sunk in a world of mere things, in a hard-edged Reality that disallows imagination except to exact tribute from it.” Gracious truth and dignity counteract the uncharitable programs of critique and suspicion. The former are costly; the latter are cheap. The former, as miraculous gifts, present a “way of maintaining an appropriate humility in the face of what we think we know.”

Faith. In Robinson’s œuvre, courage, especially of the prevenient sort, characterizes faith. Faith is wrapped in the vortex of limitation and desire, fallenness and miraculousness, fear and hope. In other words, faith is active, bold, and dramatic. Robinson, adopting John Calvin’s memorable phrase, places faith at the very center of the stage in the theatre of God. Indeed, there is “drama in the thought that ultimate things are at stake in these moments of perception and decision.” Faith enlivens, rather than ossifies. It sheds prismatic light on every corner of creation. “It is a language of orientation that presents itself as a series of questions,” wrote Sarah Fay in the Paris Review. To put it another way, Robinson told the New Humanist, “Good faith, like good science, is active wonder. Reverence for life.”

Faith is uncertain precisely when it relies on the goodness and providence of God. It refuses to seek its own justification, but waits patiently on the Lord. Robinson “experience[s] religious dread whenever I find myself thinking that I know the limits of God’s grace… God does, after all, so love the world.” Christian uncertainty faithfully bears witness to the Spirit hovering above the watery chaos. It does not demand proofs, which are so much claptrap relative to faith. Against the headwinds of doubt, Reverend Ames of Gilead stresses the assurance of faith to his congregation: “they want me to defend religion, and they want me to give them ‘proofs.’ I just won’t do it. It only confirms them in their skepticism. Because nothing true can be said about God from a posture of defense.” Faith is not inimical to truth; rather, faith’s uncertainty is precisely the ark of its faithfulness. “Faith is called faith for a reason.”

Faith is a great mystery and a greater story. “God is of a kind to love the world extravagantly, wondrously, and the world is of a kind to be worth, which is not to say worthy of, this pained and rapturous love. This is the essence of the story that forever eludes telling.” Moreover, that indescribable Gospel story “lives in the world not as myth or history but as a saturating light, a light so brilliant that it hides its sources.” Faith as Christian uncertainty becomes an antidote to cynicism, by Robinson’s lights. In our contemporary world, “we have enshrined the iconoclast”; “Debunking exhausts its subject… since the Bible does have a certain aura of sanctity about it yet, it offers the hope that there is discrediting still to be done.” Dignified wonderment, humility before mystery, and gratitude for providential grace point to an alternative vision of faith and being.

Marilynne Robinson is one of the great authors of the present moment. That she leans so heavily on everlasting arms to illuminate reality distinguishes her corpus; it also has endeared her to many religious devotees, which complicates her reception as much as multiplies it. Her ambition genuflects to the legacy of Calvin, and her own readers witness her palpation of grace like sacraments placed on the communicant’s tongue. Robinson weaves her fiction and non-fiction into a grand tapestry flecked with largesse, capaciousness, modesty, and reverence. Contra the arrogant and ubiquitous cynicism of our time, Robinson celebrates and consecrates the mysterium tremendum of the world, the mind, and faith; in short, “Certainty is a relic, an atavism, a husk we ought to have outgrown. Mystery is openness to possibility.”

Christian uncertainty, or reverential humility, modeled on Christ as he pondered death or listened to Pilate’s verdict, is the path Robinson cultivates and follows on her pilgrimage toward wonderment and glory. 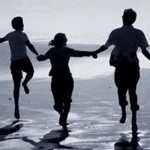 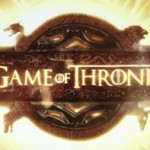 October 17, 2013 Fantasy Worldviews: From Middle Earth to Westeros
Recent Comments
1 Comment | Leave a Comment
Browse Our Archives
get the latest from
Evangelical
Sign up for our newsletter
POPULAR AT PATHEOS Evangelical
1