The End of Our Exploring

The End of Our Exploring December 7, 2013 Jordan Monge

“We want to ask questions that don’t have predetermined answers,” Rachel Held Evans explained in her viral blog post “Why Millenials Are Leaving the Church.” Matthew Lee Anderson offers a response of sorts to Evan’s crie de coeur in his latest book, The End of Our Exploring: A Book About Questioning and the Confidence of Faith. Unfortunately, it’s one unlikely to satisfy people like Evans. As a former atheist who became a Christian in college largely though the process of intellectual investigation, I’m not convinced it will satisfy those who are questioning the Christian faith from outside it either.

At the heart of the book is a distinction between asking questions and doubting. Questioning is a pursuit, requiring our curiosity to be satisfied, whereas doubt is a state in which we hesitate over committing. Doubt, for Anderson, ends up being “neither the boldness of an outright rejection or the humility of belief.” This doubt should be taken up into the life of faith— rather than kept outside of it—involving confession and bearing with one another through doubts as seasons of weakness.

The problem with this distinction is that particular questions may provoke doubt, because they call into question the character of God as loving and just. How could a God of love command the killing of every man, woman, and child? Why would God condemn to torturous, eternal fire those whom he loves? How can God hold people to account if we don’t possess free will, if he hardwired us to be this way?

Anderson is right that such questions come from particular places. They aren’t neutral. (Take the last question—it assumes that free will doesn’t exist, that God is responsible for all our negative hardwiring, etc.) But just because such questions come from a place of hostility or severe doubt doesn’t necessarily make them bad questions to be asking. They are questions that make us challenge the foundation of the faith: who is God and what is he like?

Anderson advises that “the first moment of questioning well is the recognition that as a human endeavor, our questioning is fallen and broken, entangled with sin and in need of reformation.” But these questions may not necessarily be sinful. They speak of a desire to know the truth, a longing for a just and merciful God as promised in the scripture itself. Questions that challenge the nature of God on the basis of scripture are ones that arise out of a desire for a base level of logical consistency: that God not be logically contradictory.

It’s unclear to me, however, how much Anderson thinks we should really probe the foundations of our faith. On the one hand, he says that exploring the possibility of the resurrection and its historical details “is simply the drama of seeking understanding, a drama constituted by the possibility that we might end up on the wrong side of the ledger.” Yet it seems that the purpose of such inquiry is simply deeper affirmation of one’s original purpose. “By reopening our commitments and being willing to inquire into them again, we will remind ourselves why we held those commitments in the first place,” Anderson writes.

I’m not sure if it’s fair to claim that we are open to the possibility that we are truly wrong if our purpose is to simply affirm what we believed at the beginning. C.S. Lewis suggested, “If you look for truth, you may find comfort in the end; if you look for comfort you will not get either comfort or truth – only soft soap and wishful thinking to begin and, in the end, despair.” Anderson seems, at a deep level, to understand this. He critiques an immediately defensive posture and suggests wrestling with questions more deeply with great patience. But he also seems to put too much stock in Eliot’s promise that we’ll arrive where we began.

In that sense, I think his book speaks far too much to people who have already gone through the doubting process and far too little to people who are just beginning it. It seems like the sort to get head nods—yes, this is what exploring is like—from those who have been through the process of exploring and come out faithful on the other side. But I can’t imagine anything but incredulous stares from those beginning the journey or com- ing from a more skeptical starting point. Those who share his experience may rejoice in having found a compatriot whose voice resonates, but those outside could find this an echoing chamber as hollow as the churches they’ve left.

I share Anderson’s experience and that of Eliot’s description: the end of all our exploring will be to arrive where we started. Questioning consistently lead me back to the truth found in Jesus Christ, but my interpretation of that truth and my answers to other theological questions often took on new forms. But the fact that my questioning conformed to the pattern laid out in this book may not be helpful as anything more than a personal testimony. That is, you cannot perform the task of questioning for another person, nor can one guarantee that another human being will find the same path you has found. Anderson can light the way for others, but skeptics may be turned off by his certainty that this, too, would be their path.

That being said, even a skeptic could learn a lot from his lessons. His point about inquiring in communities and not as an isolated individual is incredibly valuable. Even skeptic David Hume wrote, “Be a philosopher; but, amidst all your philosophy, be still a man.” Being a man requires living in community, one that will shape your personal virtue. For this the church is truly ideal: there is no better community than one which will consistently remind you of your need for humility (both personal and intellectual) and your obligation to love others (which should trump, at some point, all your questions). Most of all, questioning from within a community forces you to be patient, which entails actually wrestling more deeply, instead of settling for the easy answers that might satisfy someone who is questioning alone. Anderson rightly notes that patience is essential to the question- ing process, because in between life (school, work, family, friends, and this whole loving-your-neighbors business), you’re going to have to perform something Alan Jacobs has dubbed intellectual triage: you can’t explore every question infinitely. You need to decide when to devote solid time to questioning—and how much time to spend on each question. For me, this meant holding off a question for a year so that I could devote my senior year to studying hell as my senior thesis. But even so, being in the right community is important. Church communities can often be bad places to question, because it can be hard to find the people who deeply explored the questions troubling you, and once you do, they’ll often be too defensive. In college, I found The Ichthus, a journal dedicated to Christian thought, incredibly valuable and helpful. Fare Forward, of course, was born out of a movement of these Christian journals. Churches with more educated pastors or churches in cities tend to be better on average for those who doubt. I suspect it could be better for some people to question alone—or predominantly through an online community—than to attempt continued engagement in a church community lacking grace and sophistication in dealing with doubters.

Then again, there are rightful criticisms of those who doubt— when they do approach the church, they often seek to stun, shock, and jolt those in the church out of some perceived self-imposed ignorance, to show off their cleverness to those not as intellectually curious. Anderson helpfully notes, “the criteria of making our questions pub- lic should always be edifying and strengthening the faith and charity of those we live with—even if that means allowing them the courtesy of carrying our burdens with us.”

In that sense, for the faithful Christian invested in the project, Anderson offers key points of wisdom and speaks well to those in the church unsure of whether such a project—questioning—is worth pursuing. But coming from my once atheist background and dealing primarily with an audience in New England who possess no faith, I can’t help but think: Anderson’s book is a bit too far along the journey to be of help to those just beginning to question.

Anderson defends the traditional concept of “faith seeking understanding” but most Americans don’t even have that faith to begin with. Though he offers many helpful suggestions for the process of faithful questioning, at root, he fails to justify why we should be engaged in the project of questioning from a Christian perspective. 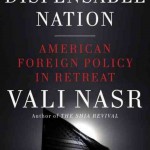 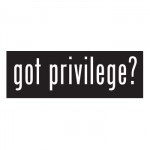 December 9, 2013          Privilege, Repentance, Forgiveness
Recent Comments
0 | Leave a Comment
Browse Our Archives
get the latest from
Evangelical
Sign up for our newsletter
POPULAR AT PATHEOS Evangelical
1