The first time I ventured into Greenwich Village — that quintessential New York City neighborhood, celebrated for being at once countercultural and culture-defining — it was for a cupcake. Tourists and locals alike used to line up around the block at Bleeker and West 11th, waiting up to two hours for a Magnolia’s vanilla-vanilla. (That’s vanilla cake with vanilla buttercream frosting.) Today, however, we Uptowners don’t have to venture so far from home to get our hands on these gourmet Greenwich sweets since, in a series of moneymaking moves over the last several years, the quaint little Village bakeshop has expanded its operations to the residential Upper West Side, the touristy Rockefeller Center, and Grand Central Station.

The cupcakes aren’t all that’s vanilla about Greenwich Village these days either. The once scandalous fetish shops seem tamed now, sandwiched as they are between a Tasty De-Lite on one side, and an inauthentic Mexican chain inviting you to “build your own burrito” on the other.

The neighborhood retains some of its original flavor in its few remaining cobblestone streets, the famous arch in Washington Square Park, and a peppering of off beat theaters and jazz and comedy clubs. But while one might travel down to the area a few times a year for an eccentric new play, artists themselves could never afford to live there anymore. “Trendy,” not “radical,” characterizes the Village in 2013.

John Strausbaugh’s The Village: 400 Years of Beats and Bohemians, Radicals and Rogues tells the story of the Village as it once was: a cultural epicenter of jazz, modernist drawing, painting, and literature, abstract expressionism, bebop, and a slew of other artistic movements. He notes that, “the artists, radicals, and misfits drawn to the Village for all those years were always a small and transient minority, though a highly visible and vocal one.” The book’s strength lies in the sheer breadth of Strausbaugh’s research, and in its engrossing portrayals of the bohemians, politicians, and thugs of downtown Manhattan.

Strausbaugh has taken on a monumental task in attempting to document 400 years of history, while going into anecdotal and often trivial detail about the dramas of his characters. The task was so monumental, in fact, that it was more than he could ultimately manage, and the book’s narrative of revolution, angst, momentary upheaval, and the steady march toward more progressive ideals is dully familiar. That which shocks one generation, unsurprisingly, does little to rattle the next.

But Strausbaugh’s colorful in-depth biographies offset the rather severe shortcomings of his historical analysis. He walks us through the Village’s “Golden Age,” starting in the early 1900s and extending through the end of the twentieth century, focusing on his characters’ personal lives, and on the complex ways in which these historical giants interacted with one another. Narrating tales of the Triangle Shirtwaist Factory Fire of 1911 or the 1913 Armory Show, Strausbaugh recounts episodes that sparked meaningful collaboration amongst these “rogue” personalities.

Even these micro-histories are predictable—especially how they end. But there’s plenty to intrigue, as well. One gets the sense that only geniuses could have lived this way, slowly drinking themselves to death while still managing to compose artistic masterpieces. There is also the broader appeal of leaving the “normal” and going to a place like the Village used to be: a place that is international, subversive, and welcoming to the oddballs and geniuses of society. And, finally,there is the more specific appeal of the types of radicalism described, be it free verse or free love.

Readers may be astounded at the sheer volume of social experiments taking place in a single sliver of Manhattan over this historical period. They include the attempts to construct a secular utopia, to rid the world of “the problem of God,” to make it easier for human beings to connect in an age of increasing isolation, and to constantly defy normalcy and popular expectations. The quality of the radicalism described in the books shifts over time, from communism to Civil Rights to almost complete absorption by sexuality—the last section of the book is devoted to Stonewall and the AIDS epidemic.

I found myself fascinated but not jealous. Whether Strausbaugh intended to create a clear historical account or not, what he actually captures is chaos: a chaos that manages to get its act together on occasion to produce something worth-while, but which proves destructive to those who try to dwell in it and who embrace its bohemian ideals.

While decades later we can appreciate the art of these radicals, their biographies suggest that their masterworks brought them little personal peace. More often than not, the physical indulgences of such a life—including casual sex, drugs, and alcohol—seem to dis- enchant the ideals discussed, until we can no longer take the historical icons of The Village seriously.

The Village is an informative book, but it is not a great work, and its appeal extends only about as far as the Village itself. Even Strausbaugh’s evocative allusions are NYC-centric. For diehard New Yorkers, the book may be worth skimming while sipping a latte in Café Reggio (one of many landmarks still recognizable from its pages). For the rest of us, who will likely find its winding tales extraneous and intolerable; it at least reminds us of the disastrous ends to which radicalism without Christ leads. 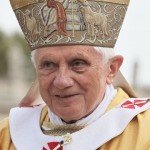 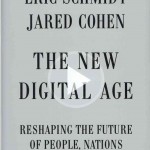 January 16, 2014 The New Digital Age
Recent Comments
0 | Leave a Comment
Browse Our Archives
get the latest from
Evangelical
Sign up for our newsletter
POPULAR AT PATHEOS Evangelical
1