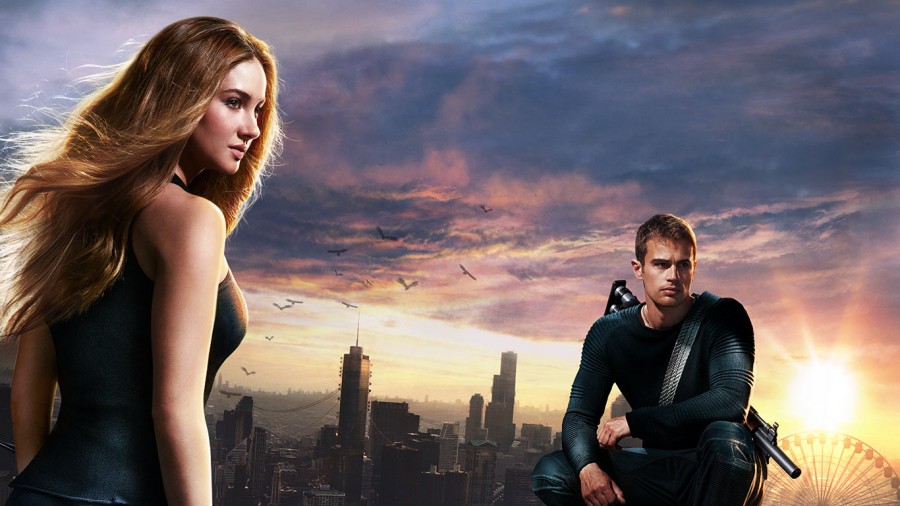 What would happen if a group of people dedicated themselves to the pursuit of a particular virtue at the expense of all others? That is the question Veronica Roth explores in her popular dystopian novel Divergent, the movie adaptation of which has just come out on DVD and blu-ray. Given the DVD release and how well the movie did at the box office, it’s an opportune time to take a look at how the society Roth constructed rests on a false conception of the virtues.

Marketed as the successor to The Hunger Games, Divergent is the first of a trilogy set in Chicago some decades in the future. Chicago society is now divided into five factions, each named for the virtue it prizes most. The city was thus divided “[when their] ancestors realized that it is not political ideology, religious belief, race, or nationalism that is to blame for a warring world… They divided into factions that sought to eradicate those qualities they believed responsible for the world’s disarray.” (42). Those who blamed the world’s ills on an excess of aggression formed the Amity faction; those who blamed cowardice, Dauntless; ignorance, Erudite; deceit, Candor; and selfishness, Abnegation. Chicago has run—apparently—fairly well in that interval, insofar as there’s food and a government and a school system and intact communities and neighborhoods.

At sixteen, citizens choose the faction—and virtue—to which they will adhere for the rest of their lives. Faction before blood is a constant refrain, and the primary virtue a person values supersedes any family ties or friendships they formed as children. Before they choose, however, they are given a test that reveals which of the factions their personality and disposition is oriented toward.  Thus a child born into Amity, for example, might discover that his driving personality trait is actually honesty rather than empathy, and so he would join Candor. Each of the factions is said to contribute to society in a different and complementary way, and together they create a well-balanced, smoothly running whole.

An interesting premise, to be sure, but could a system built on the checks and balances of competing, isolated virtues actually function? In Roth’s world, the division among the five factions and their corresponding virtues is so stark and so important that anyone whose test reveals an aptitude for more than one faction is labeled divergent—a threat to the stability of society and a problem to be eliminated. Our heroine, Tris, happens to be one of these people; she is equally disposed towards Erudite, Dauntless, and Abnegation (her home faction). Her test administrator, who harbors a secret sympathy for the divergents, fakes Tris’s official test results and warns her never to reveal her divergent status/nature. The very idea that a person might fit into more than one faction is taboo; it is never discussed, and those whom the authorities discover to be divergent meet a swift and secret end.

On the day of her Choosing Ceremony, Tris makes the difficult decision to leave behind her family and her humble upbringing in Abnegation for the exciting life of the Dauntless. She quickly hurtles into a world of danger, adventure, and adrenaline: the Dauntless value bravery above all else and constantly seek out opportunities to prove their courage. Her new lifestyle proves that a virtue that exists in a vacuum quickly becomes perverted and twisted. The Dauntless were formed to combat cowardice by cultivating courage. By itself, however, their pursuit of courage has transformed into a harsh and unforgiving culture of recklessness and competition. Bravery is viewed in opposition to the virtues practiced by the other factions. Someone who would prefer to solve a dispute by talking rather than fighting, for example, is disparaged as a weakling who doesn’t belong in Dauntless.

St. Ambrose said that “fortitude without justice is a lever of evil.” Fortitude—like any virtue—cannot exist in a vacuum. A person cannot be truly courageous unless he also exercises other virtues like temperance, justice, and prudence. The dominant culture within the Dauntless faction lacks—even rejects outright—these other virtues. Without a culture of justice, there is no place for the weak. Instead of using strength and courage to defend the helpless, the Dauntless crush them. Without a culture of temperance and prudence, courage means physical excellence and a daredevil mentality, but little more. In fact, by rejecting other tempering/complementary values, the courage practiced by the Dauntless often becomes foolhardiness, which Aquinas describes as the vice that corresponds to fortitude: “Foolhardiness sins against the virtue of fortitude by excess. It is not a reasonable, and even heroic, enduring of danger, but a foolish and unreasonable rushing into dangers that need not be encountered. Fortitude regulates fears and impulses in the face of danger; foolhardiness is ill-regulated and wildly impulsive. Hence foolhardiness conflicts with fortitude.” (Aquinas, Summa 2B 127)

Sinning-by-excess describes the Dauntless mentality in a nutshell. When two of Tris’s fellow sixteen-year-old initiates die, we clearly see the dangers of the culture of foolhardiness. One is a boy who commits suicide after buckling under the immense psychological and physical pressure of the initiate training. At his funeral, he is lauded for taking the exciting and brave leap into the unknown of death. The other is a girl who plunges to her death during the daily jump from a moving L car—the method of choice for exiting the train.  (“This is what we do now,” Tris reminds herself. “We do dangerous things and people die.”) Both of these deaths were needless, but both were a result of a narrow-minded mentality that values courage but rejects other virtues. In their aggressive and single-minded pursuit of courage, the Dauntless have ironically ceased to be brave. They are adrenaline junkies who throw themselves into dangerous situations for the hell of it, seeking conflict for conflict’s sake in order to prove their daring and strength. They began as an idealistic group who saw courage as the ultimate means to ending strife and corruption, but the rejection of the other virtues has in fact stunted the Dauntless’ moral growth.

In his excellent discussion on fortitude in Introducing Moral Theology, William C. Mattison emphasizes that a unity of the virtues is essential to leading an integrated [Christian] life: “[t]rue fortitude requires the presence of the other cardinal virtues” (208). Likewise, the ability to carry out the other cardinal virtues requires fortitude. The divisions among the five factions are artificial constructions that do not reflect the true relationship among the virtues. The Abnegation faction places the highest value on the virtue of selflessness, but acting unselfishly requires the fortitude to set aside one’s own preferences or desires in favor of another person’s. And the Erudite, who pursue excellence in learning, must, in fact, practice both cooperation and humility in their studies in order to learn from their mistakes in the pursuit of greater knowledge. True virtues complement one another, and it’s impossible to try to favor one at the expense of all others. Tris’s society denies the need for a unity of virtues and insists on a fragmented and divided existence.

The story bears this problem out, albeit in a very limited way. The fact that divergents exist at all reveals some of the flaws in the five-faction system by proving that not everyone fits neatly into a single category. Tris herself struggles throughout the book with what she has been raised to believe are competing virtues, only one of which can win. When she stands up to a fellow initiate who bullies the others, she wonders whether she’s showing courage or selflessness—in her mind and in her society (according to the dominating cultural narrative), the two can’t peacefully coexist.

The political tensions that have been simmering between the Erudite and Abnegation factions throughout the book come to a head when the former declares war on the latter, using drugged and mind-controlled Dauntless as their soldiers. The carefully balanced system is smashed apart and thrown into chaos. It seems that the faction system is finally broken, as Tris discovers that divergents are less rare than she first believed. No longer limited to choosing either her birth faction of Abnegation or her adopted faction of Dauntless, she realizes that coming conflict will require her to use the qualities of both. The book closes as our narrator declares (rather melodramatically): “I am no longer Tris, the selfless, or Tris, the brave. I suppose that now, I must become more than either.” (487)

Roth has the opportunity to highlight the unsustainability of this system, but, frustratingly, she never quite gets there. Tris experiences an ongoing identity crisis about where she belongs, but the author only barely gestures towards anything like the notion of the unity of virtues. As a result, the book and the movie both miss the chance to hammer home a key point that once puzzled even a mind as great as Alasdair Macintyre’s: the virtues are one.

August 18, 2014 The Curse of Calling and the Myth of Creativity
Recent Comments
0 | Leave a Comment
"bla bla bla. old or not. still works.no, wait. metaphysical pluralism still rules"
Sandro Wisdom Vasconcellos What We Are: Mind, Body, and ..."
"Soul is not matter. It is beyond the physical realms, It is at quantum mechanics ..."
Sandro Wisdom Vasconcellos What We Are: Mind, Body, and ..."
"This is yet another article that derails discussion of spiritual abuse into other very important, ..."
istavnit Overemphasizing Spiritual Abuse?
"I'm very interested in the matter of secularization; do you have other book suggestions along ..."
Luke Breuer Reading Recommendation: The Secular Revolution
Browse Our Archives
Related posts from Fare Forward