Dreaming of Priscilla: What if Women Wrote the Bible?

No one knows who wrote the Letter to the Hebrews. I learned this surprising fact at a series of Lenten talks on the New Testament at my local parish.* Before diving into the text, our pastor explained that

there are a variety of potential authors, ranging from Saint Paul to Barnabas, and even possibly a woman named Priscilla. This naturally peaked my interest. During the concluding question-and-answer session I asked why scholars thought this.

“Well we don’t really know,” my pastor admitted, “We’re kind of grasping at straws here. But it would be nice if it were her.”

An honest, if somewhat disappointing answer. Yes, it would be nice. But why?

There is ample, if controversial, evidence that women such as Mary Magdalene played key leadership

roles in the early Christian Church. The Apocryphal The Gospel of Mary goes so far as to portray Mary – not Peter – as the most important disciple. Lest I be accused of heresy, I am in no way implying that Peter was not the first pope. There is a lot of bizarre stuff in The Gospel of Mary that the Church was wise to leave out. However, its existence proves that Mary was an important figure in the early Church.

We also know the story of story of Mary Magdalene having been a prostitute is false. There is wide consensus among Church historians that this particular legend developed later. Some believe its spread was part of an overall effort to discredit her and minimize her importance. The idea that Jesus selected only men to be his disciples is one of the primary justifications for a male-only priesthood, and the story of Mary Magdalene could undermine this. If Jesus had selected women to the earliest version of the priesthood, would we even know about it today? The slander of Mary Magdalene is but one example of how women’s role in the Church is hidden from history.

Hebrews is not the only book of the Bible theorized to have been written by a woman. The Song of Songs, traditionally ascribed to King Solomon, is written entirely from the perspective of a woman – which would have been an unusual choice for the King. Consequently, some scholars have theorized that the book was in fact written by a woman.  Similarly the Book of Ruth, traditionally ascribed to the prophet Samuel, features a female protagonist. In both cases, however, theories of female authorship are based more on hopeful speculation than concrete evidence.

Seeds of Doubt, Seeds of Hope

As a writer myself, it’s natural to yearn for evidence of women behind the Bible. There are countless important women authors in the Church, but only the books of the Bible can claim divine inspiration. It’s difficult for me to accept that every person God chose to inspire was a man.

It’s difficult for me to accept the priesthood as well. I reject the argument that this is not a sign of subordination of woman but merely difference. I know I am different, which is why it’s so disheartening to be told that a specifically female perspective has no place in the Word of God. In other words, the way in which I am different is the way in which I am not Godly. Proving female biblical authorship would go a long way toward changing this.

On the other hand, my personal desires have no bearing on God’s will. As always happens when faced with questions of gender and the Church, I am forced to reexamine my relationship with humility. I long for evidence that women are not, in fact, secondary citizens in the Kingdom of God. But I also know both in my heart and through Church teaching – as challenging as it may be – that we are children of God. Faith, as we know, is not a quest for evidence, but hope in things unseen. We will probably never know if any women wrote the Bible, and learning to sit with that dissatisfaction is part of the challenge of faith.

*In an effort to be gentle with myself, I’m publishing an article I wrote prior to COVID-19 arriving in NYC. I’ll be back to writing timely content on Monday, March 30th

About Emily Claire Schmitt
Emily Claire Schmitt is a playwright and screenwriter focused on uncovering the mystical in the modern world. She is a Core Member of The Skeleton Rep(resents) and is currently developing an original movie with The Hallmark Channel. Follow her on Twitter @eclaire082 You can read more about the author here.
Previous Post

March 23, 2020
Art in Isolation: Using Your Time Wisely and Gently
Next Post

One Friday In Lent, The Papacy...
Thin Places
Related posts from Femina Ferox

Catholic
Instructions for my Loved Ones in the (Unlikely)...
Femina Ferox 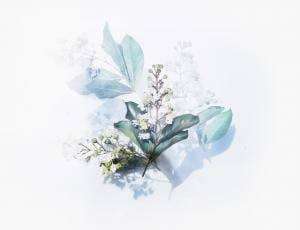 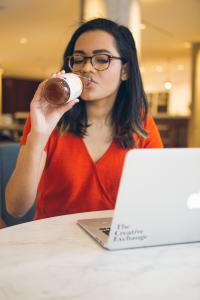 Catholic
Embracing On-Nomi: Why We Must Cherish Friendship in...
Femina Ferox 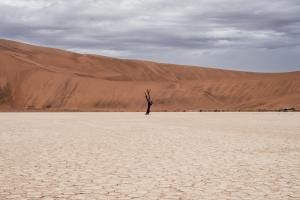 Catholic
40 Days in the Desert: A Reflection on...
Femina Ferox
TRENDING AT PATHEOS Catholic