Is James Bond Catholic? Protestant? Neither? Both?

James Bond is no stranger to religious references and metaphors. The very first novel about his exploits, Casino Royale, devoted an entire chapter to ‘The Nature of Evil’, in which Bond argued that we need an “Evil Book” to complement the “Good Book”, i.e. the Bible. And as anyone who has seen the trailers for Skyfall knows, the most recent movie — released overseas ten days ago, and coming to North America this Friday — includes fleeting references to “resurrection” and “sins”.

As it turns out, the allusions to religion in Skyfall don’t stop there, and, while they may offer little more than handy plot twists or turns of phrase, they actually got me wondering if previous Bond books or films had made any reference to Bond’s religious inclinations or, perhaps, to those of his family. (I have read several of the books, though not all of them, and none of them recently; and I have seen all of the movies, though only some of them within recent memory.) 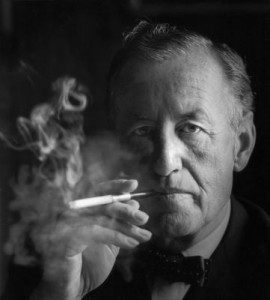 This post at CommanderBond.net, dated February 2008, argues that the Bond of the books was probably a nonconformist Protestant, given both his own Scottish heritage and that of his creator, Ian Fleming; and it notes that one of the John Gardner novels published in the 1980s went so far as to state that Bond had “a very Calvinistic upbringing.”

However, another post at Roman Christendom, dated July 2009, asserts that Fleming may have modeled Bond and his family after some real-life Catholic Bonds whose family motto — “Orbis non sufficit” a.k.a. “The world is not enough” — was identical to that of the fictitious Bond, as revealed in the novel On Her Majesty’s Secret Service. The real-life Bonds, based in Dorset, had historically been “Catholic recusants and, later, Jacobites.” And, according to Wikipedia, “The strongholds of Jacobitism were the Scottish Highlands, Ireland and Northern England.”

So, without getting into anything too spoiler-ish, suffice it to say that there are elements in Skyfall which make me wonder if the filmmakers were aware of the possible connection between the fictitious Bond and these real-life Bonds, and if they chose to flesh out Bond’s character using that as a template instead of Fleming’s own background. Possibly not, but either way, it adds an interesting subtext to the latest Bond film, as well as a window of sorts into British religious history.