Oscar nominations — my own two bits 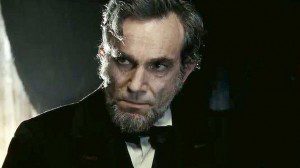 The Academy has spoken, and it looks like Steven Spielberg’s Lincoln will be the big winner when the final envelopes are opened on February 24.

All the usual indicators point in that direction, at any rate. It has the most nominations. It is one of only two Best Picture nominees whose directors were also nominated for the Directors Guild Award (the other such film being Ang Lee’s Life of Pi). It was nominated for Best Film Editing. And, perhaps just as importantly, it is a box-office hit in a year when the Oscar will probably go to a box-office hit. (More on that in a later post.)

Everyone and his dog will have something to say about the top nominees in the days and weeks to come, and I’d rather not duplicate all that right now. I do, however, want to comment on three trends that stand out to me this morning:

First, Skyfall is the first James Bond film since For Your Eyes (1981) to be nominated for anything, and it is only the second film in the series, following The Spy Who Loved Me (1977), to receive multiple nominations. No Bond film has actually won an Oscar, however, since Thunderball (1965) got one for Best Visual Effects.

Second, the Hobbit prequels now have one more thing in common with the Star Wars prequels, namely, whereas the original trilogy got quite a bit of attention from the Academy, the prequels are being all but ignored.

Third, the Best Animated Feature category is especially interesting this year. Disney was shut out of the category entirely last year, but this year it has three of the nominees, whereas DreamWorks — the studio that won the first-ever Best Animated Feature award eleven years ago — was left out in the cold. Not only that, but the Academy nominated three (three!) stop-motion films in this category, including the relatively little-seen The Pirates! Band of Misfits.

I’m sure other thoughts will occur to me over the next few weeks. In the meantime, here are the films that have been nominated for Oscars, ranked from those with the most nods to those with only one. The titles of those I have seen are in bold:

January 9, 2013
Hebrew Hammer sequel: time-traveling into both testaments
Next Post

January 10, 2013 Oscar winners slipping at the box office -- 2012
Browse Our Archives
get the latest from
FilmChat
Sign up for our newsletter
POPULAR AT PATHEOS Entertainment
1