Could Moses have a cameo in the next Bible episode?

Could Moses have a cameo in the next Bible episode? March 23, 2013 Peter T. Chattaway 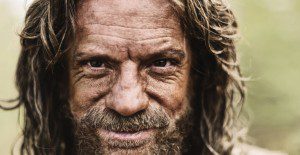 It would be very easy to do this: All the mini-series would have to do is include the Transfiguration as part of its depiction of the life-story of Jesus. The Transfiguration, you may recall, is when three of Jesus’ closest apostles saw him talking to Moses and Elijah — and Moses has already played a significant role in this series.

Alas, the mini-series skipped over the Elijah section of the Old Testament entirely, so that limits the extent to which any sort of cross-over could occur, now. If there were a Transfiguration sequence in the next episode, someone watching it might recognize Moses but would be left wondering who the other guy is.

Two — the Visual Bible’s Matthew (1993) and the Genesis Project’s Luke, the latter of which was condensed into the Jesus movie (1979) — were complete word-for-word adaptations of individual gospels and were thus obliged to show the Transfiguration.

This is how the Transfiguration appeared in the Jesus movie, with Moses and Elijah appearing as somewhat ghostly, etheral figures on either side of Jesus: 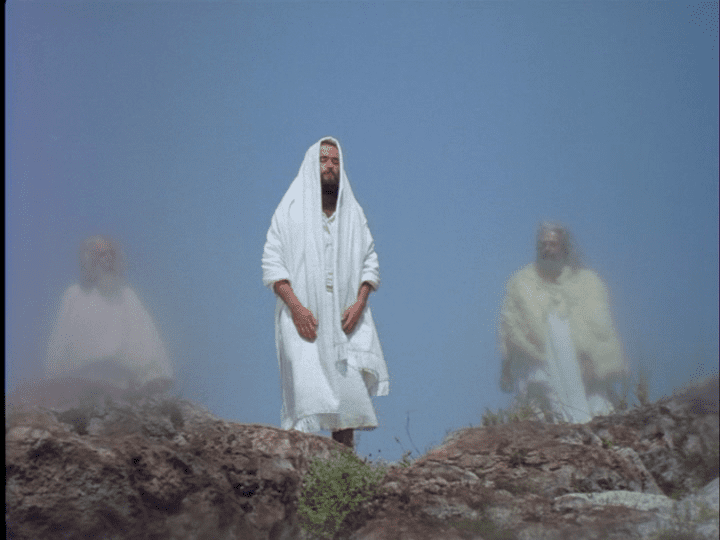 And this is how it appeared in Matthew — which, in keeping with the emotionalist tenor of that film, has Jesus physically leaning on Moses and Elijah for support: 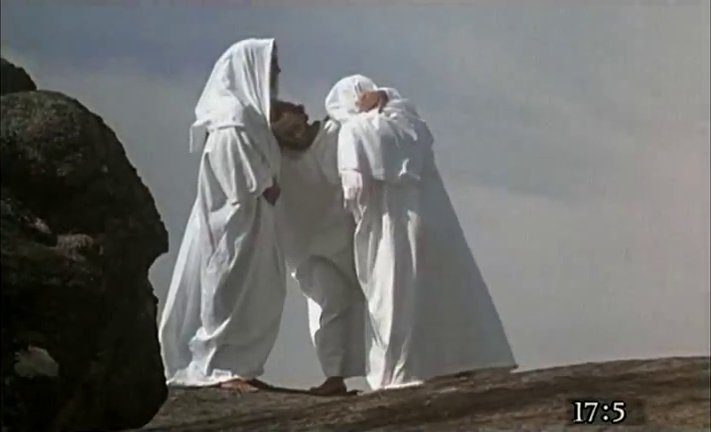 Prior to that, you might have to go all the way back to the silent era to find other films that have depicted this episode from Jesus’ life. My friend Matt Page notes that one such film is The Life and Passion of Jesus Christ (1905). 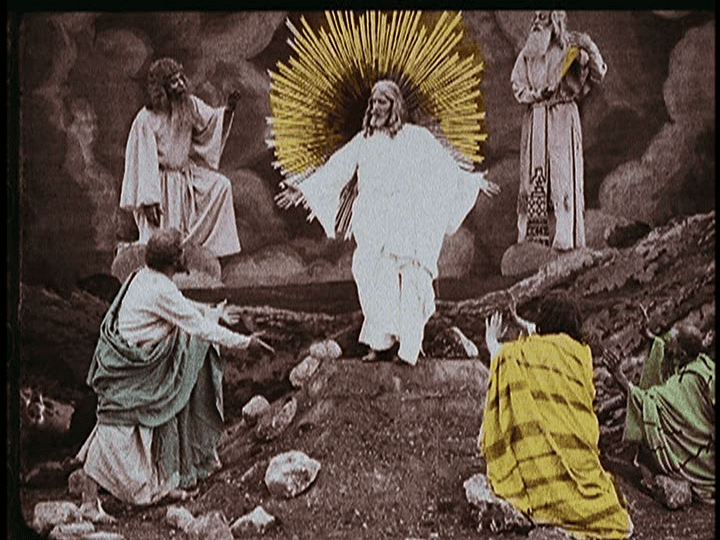 Matt also mentions a silent Italian film called Christus (1916) — and what’s interesting about this Transfiguration scene is that there’s a bit of commotion taking place in the foreground while the three core disciples witness the Transfiguration in the background. Is the foreground activity a nod to the demon-possessed boy that Jesus’ other disciples failed to exorcise while Jesus was up on the mountain, perhaps? 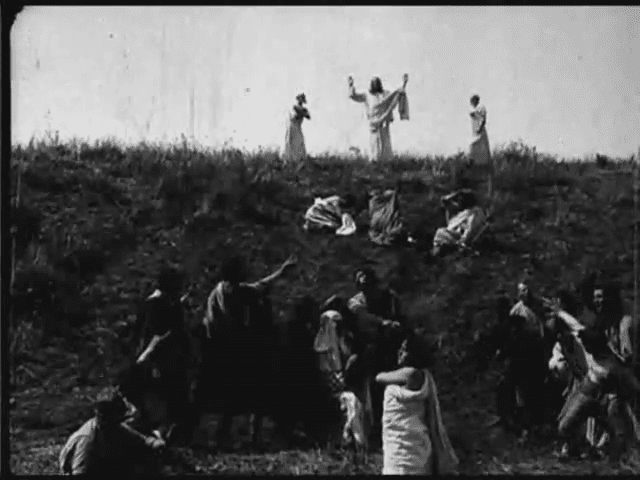 Matt also notes that there is a Transfiguration scene in the 12-part series of films called The Living Christ (1951) — though whether these short films, produced as educational tools for Sunday schools and the like, belong in the same category as the films mentioned above is somewhat debatable. 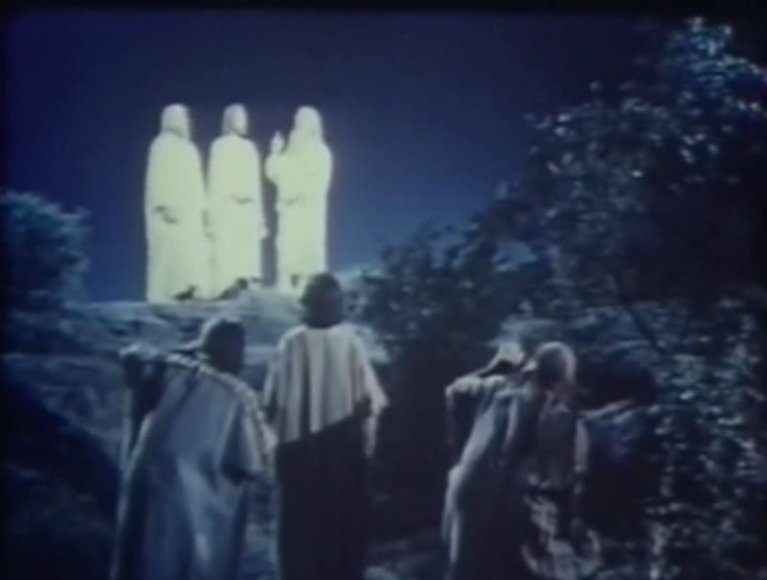 In any case, that about exhausts the films I can think of. If I remember any other films that have shown the Transfiguration — or if The Bible actually incorporates it into its depiction of Christ’s ministry — then I will update this post accordingly.

March 25, 2013 Three movies you won't see on an airplane (or starship) this year
Recent Comments
2 Comments | Leave a Comment
Browse Our Archives
get the latest from
FilmChat
Sign up for our newsletter
POPULAR AT PATHEOS Entertainment
1