The multiple appearances of Satan in The Bible

The multiple appearances of Satan in The Bible March 18, 2013 Peter T. Chattaway 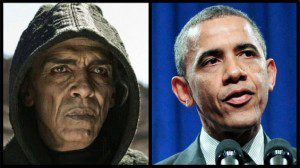 I fell asleep before I had a chance to watch the latest episode of The Bible last night, but when I woke up this morning, various entertainment news sites were buzzing with the news that some people think there may be a resemblance between the actor who plays Satan and the current president of the United States.

It seems unlikely that the actor would have been chosen for any sort of intentional resemblance, if only because Mark Burnett, one of The Bible’s two main producers, was a donor to the Obama campaign back in 2008. It’s also worth noting that the actor who plays Satan in this mini-series, Mohamen Mehdi Ouazanni, has had bit parts in several other Bible-themed films, including David (1997), Jeremiah (1998), In the Beginning (2000) and The Ten Commandments (2006).

In any case, last night’s episode was not the first time that we have seen Satan in this series. He also appeared at least twice in the first episode, once in the Garden of Eden… 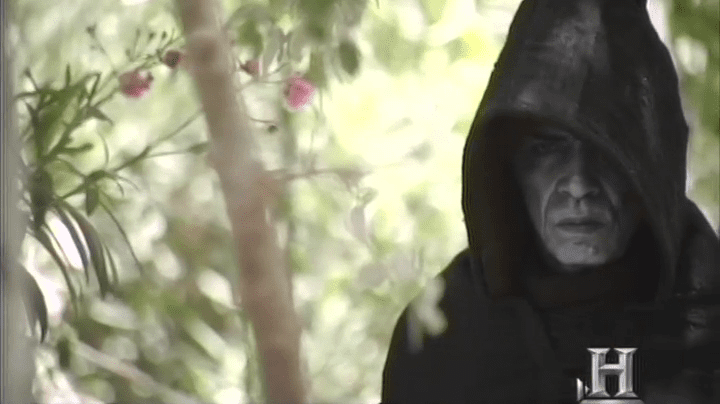 …and once in the city of Sodom, just before the angels arrive (which, now that I think of it, kind of represents a missed opportunity; given that Satan is, himself, a fallen angel, wouldn’t it have been interesting if the other angels had actually met him, or at least seen him, while they were fighting off the Sodomites?): 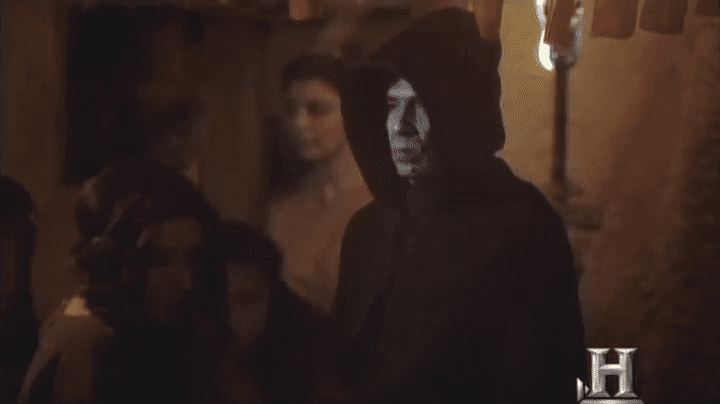 Satan’s appearance in last night’s episode — when he confronts Jesus during his 40 days in the desert — was also foreshadowed during the montage that played before the first episode two weeks ago: 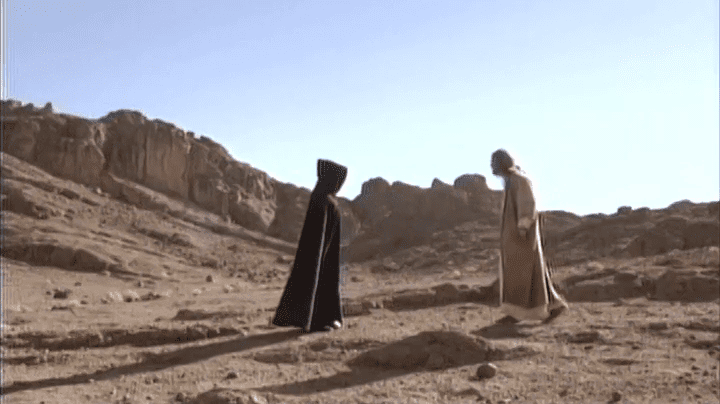 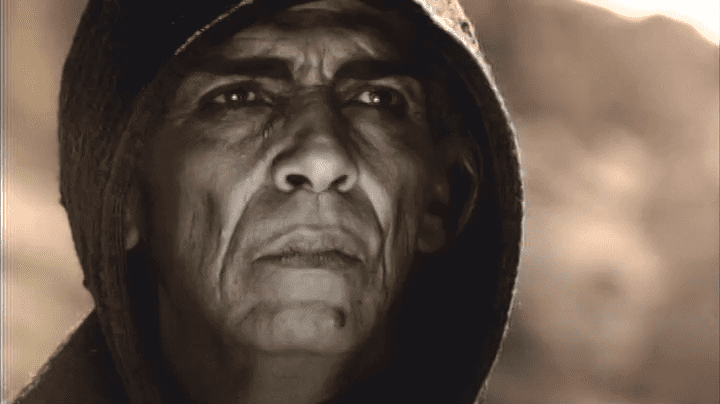 And based on Ouzanni’s IMDb page, it looks like he will appear at least once more, in the episode that deals with the death of Jesus. So it looks like The Bible will be following in the footsteps of other recent Jesus films — such as Jesus (1999), The Miracle Maker (2000) and The Passion of the Christ (2004) — in placing Satan at the scene during the events surrounding Jesus’ arrest and crucifixion.

Update: Burnett and his wife/co-producer Roma Downey have dismissed the comparisons between Satan and Obama as “utter nonsense”.

Plus, as my priest remarked this morning, if anyone in this series resembles Obama, it might actually be Jesus, given all the “change” talk that is put on his lips.

March 16, 2013
Flashback: Reviews of yet another Bible TV series.
Next Post

March 21, 2013 An update on several recent/upcoming Noah's Ark cartoons
Recent Comments
3 Comments | Leave a Comment
Browse Our Archives
get the latest from
FilmChat
Sign up for our newsletter
POPULAR AT PATHEOS Entertainment
1