Will there be two Bible epics on the big screen in 2014? 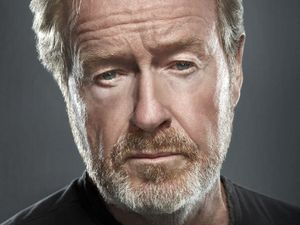 Ridley Scott’s Moses movie may be further along than we thought. Box Office Mojo posted a few new release dates to its schedule yesterday, and one of them was for Exodus, the Bible epic that Scott has been developing with 20th Century Fox for the past year or two. If the site is to be believed, Exodus will be coming to a theatre near you on December 12, 2014 — or about a year and a half from now. And that would make it one of two Bible epics hitting the big screen next year, the other being Darren Aronofsky’s Noah, which comes out March 28. Interestingly, that film stars Russell Crowe, who has appeared in four of Scott’s last five films and sort of owes his stardom to an even earlier Scott-directed sword-and-sandals flick, Gladiator (2000) — so who knows, if Scott calls on Crowe’s services again, Crowe could end up finding himself in both of next year’s Bible epics. (Hat tip to The Playlist.)

May 16, 2013
Twelve-foot gods and the environment: actors talk Noah
Next Post

May 20, 2013 Scripture on the silver screen / New productions bring Bible-based stories to life
Recent Comments
0 | Leave a Comment
"This was a refreshing read. I'm an average fan of Hellboy but I'm also a ..."
Andrew Mathews Doug Jones on Hellboy and Christianity.
"Great interview! One thing I've wondered since watching Season 1 is why they didn't include ..."
A.J. Cattapan Interview: The Chosen writer-director Dallas Jenkins ..."
"Earth actually does exist in the Dark City universe. Early in the film when John ..."
Edward Clint Dark City and the ambiguous ending.
"I don't always agree with your opinions, but your reviews are never less than interesting ..."
Laura-Lee Rahn The top-grossing Italian movie of 2019: ..."
Browse Our Archives
Follow Us!