Quick updates on Peter Gabriel and the Bible sequel 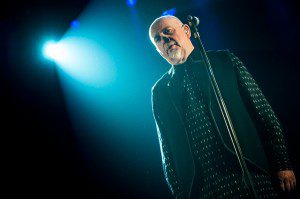 A bit more information has trickled in regarding two items that I blogged in the last few days.

First, The Hollywood Reporter has clarified that Peter Gabriel’s contribution to the anthology film Words with Gods will consist mainly of music for the animated interstitials that play between the short films, and not of music for the short films themselves. Gabriel will also contribute a new song to close the film and give it “a final message,” according to producer Lucas Akoskin.

Second, and more extensively, The Hollywood Reporter has also got a few new quotes from The Bible producer Mark Burnett that hint at the direction the recently-announced sequel to that mini-series will take.

The first thing I note is that Burnett confirms my suspicion that the sequel will borrow substantially from Josephus, just as The Bible itself did, and he hints strongly that the series will incorporate the First Jewish-Roman War, which began only a few years after the final events recorded in the Book of Acts.

This raises certain questions, for me, such as whether the new mini-series will be able to maintain its blend of biblical and secular history right to the end.

Most of the major apostles were already dead before the Jewish-Roman war took place: James the Just was martyred in Jerusalem in A.D. 62, and tradition holds that Peter and Paul were martyred in Rome soon after a fire swept through the city in A.D. 64. The Jewish-Roman War, on the other hand, began in A.D. 66, and the city of Jerusalem, along with its temple, was destroyed in A.D. 70. The war ended when the Romans conquered the last band of Jewish zealots at Masada in A.D. 73.

You can understand why Burnett and company would want to include some of that action in their next mini-series, but what role would the early Church have in any of that? In what sense would the mini-series be about “the Bible” by that point?

To be fair, Burnett isn’t limiting himself to the Bible any more. One of the other interesting revelations here is that Burnett wants to air a new mini-series every year, working his way through the history of the early Church: “We see this going on many years. Think of how many seasons it would take to get to something as significant as Constantine,” i.e. the Roman emperor who converted to Christianity in the early 300s.

But first the series has to get through its season-length re-telling of the Book of Acts, which was already given a somewhat hasty treatment in The Bible.

And if there’s one thing we can guarantee at this point, it is that Burnett and his team will try to find ways to make these stories “exciting”.

Among other things, Burnett notes that those who haven’t read the Bible itself (or any of the other source materials his series will use) may be surprised to see which characters get bumped off when, and the Reporter compares this to the shock felt by some viewers of Game of Thrones, who were unfamiliar with the books and were thus caught off-guard when certain major characters died. “The only apostle who died of natural causes is John,” says Burnett. “So you’ve got these characters that you know and you’re following, and any week one can be killed.” Oh, the suspense!

July 5, 2013Walter: a young man who thinks he's the "son of God"
Recent Comments
0 | Leave a Comment
Browse Our Archives
get the latest updates from
FilmChat
and the Patheos
Entertainment
Channel
POPULAR AT PATHEOS Entertainment
1