How well have movies depicted Jesus the exorcist? 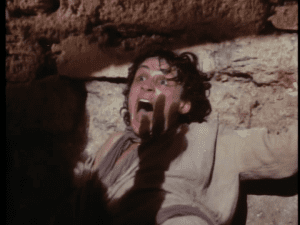 The History Channel had a huge hit this year with The Bible, but the makers of that mini-series are taking the sequel to another network, so it’s not too surprising that the History Channel has turned to someone else to make a follow-up of their own. What is surprising is that their next Jesus-themed series will be made by a bunch of horror-movie veterans, including: Eli Roth, director of Hostel (2005-2007); Eric Newman, producer of the Dawn of the Dead remake (2004) and the prequel to The Thing (2011); and Scott Kosar, a writer whose credits include the remakes of The Texas Chainsaw Massacre (2003) and The Amityville Horror (2005). Roth and Newman also co-produced The Last Exorcism (2010-2013).

Deadline says the series is currently called The Lost Years and will look at what Jesus was up to between the ages of 13 and 30. The series will also reportedly fit into the horror genre as it explores “a theory about Jesus’ origins as an exorcist.”

Given the pedigree of everyone involved, this could easily be very schlocky (“Jesus The Teenage Demon Slayer,” as Matthew Archbold puts it). And yet I can’t help thinking that performing exorcisms was a big part of Jesus’ ministry, and that the Jesus-movie genre probably hasn’t paid as much attention to that side of him as it could.

The checklist in the latest edition of W. Barnes Tatum’s Jesus at the Movies indicates that nine of the seventeen films profiled in there include at least one exorcism.

Only four scenes spring readily to my mind, though.

First, there is the scene from Franco Zeffirelli’s Jesus of Nazareth (1977) from which the picture at the top of this post is taken. The way Robert Powell’s Jesus says “Leave him” to the demon is quite striking, and is the primary reason why I thought of that scene first. Here is how the film shows Jesus himself in that scene: 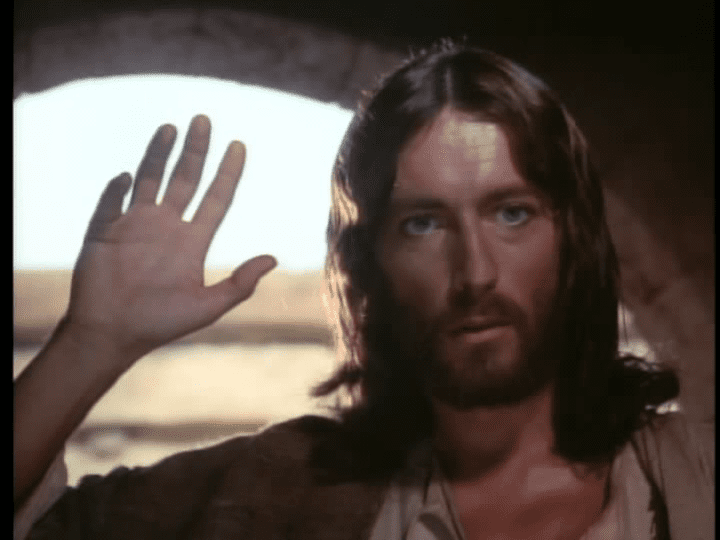 The second film that comes to mind is a film that Tatum doesn’t even include in his checklist: the animated film The Miracle Maker (2000), which may be the only film I can think of that incorporates the biblical back-story to Mary Magdalene — that Jesus cast seven demons out of her — without also making her a prostitute as per the later western tradition. The scene where Jesus heals Mary Magdalene includes a brilliant segue through several kinds of hand-drawn animation (which signifies her subjective state of mind) to stop-motion animation (which signifies objective reality): 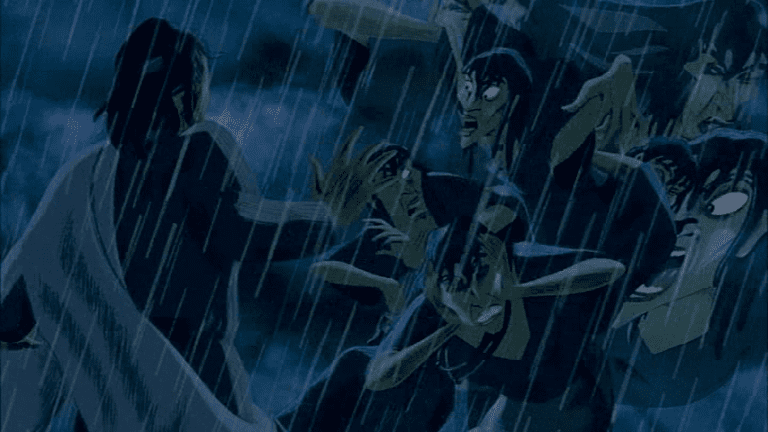 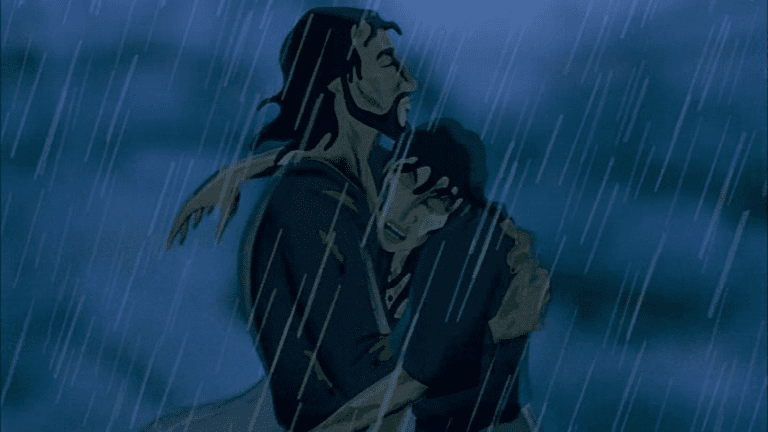 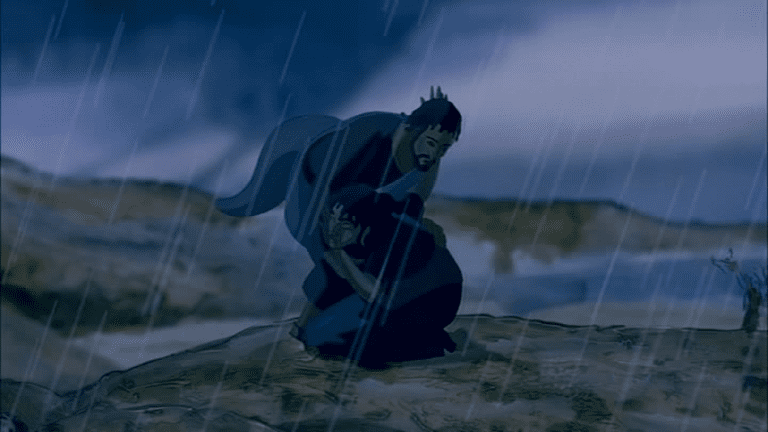 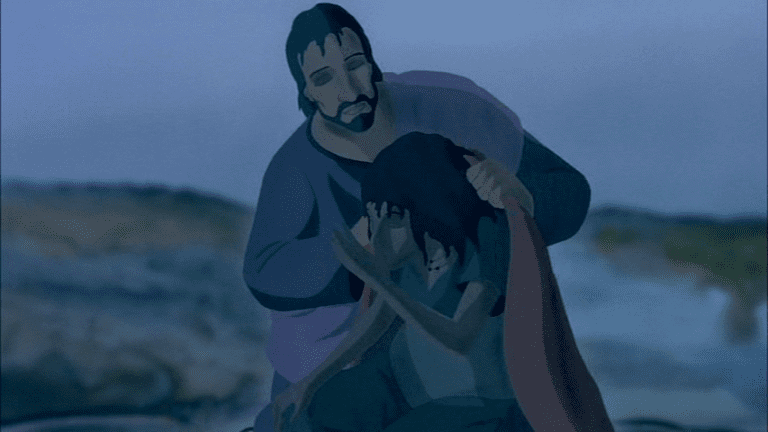 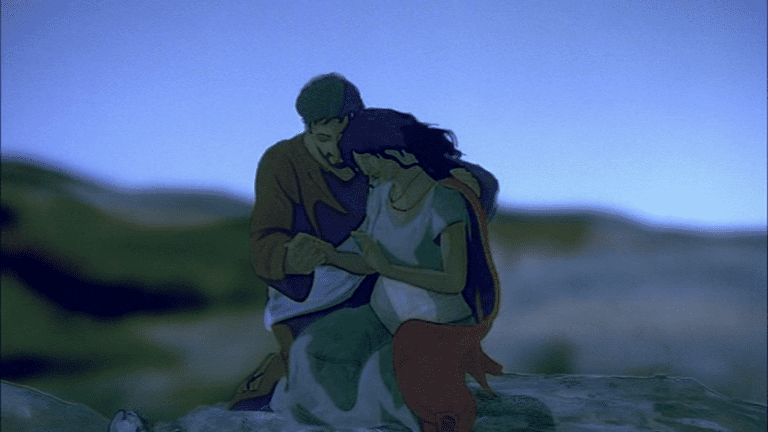 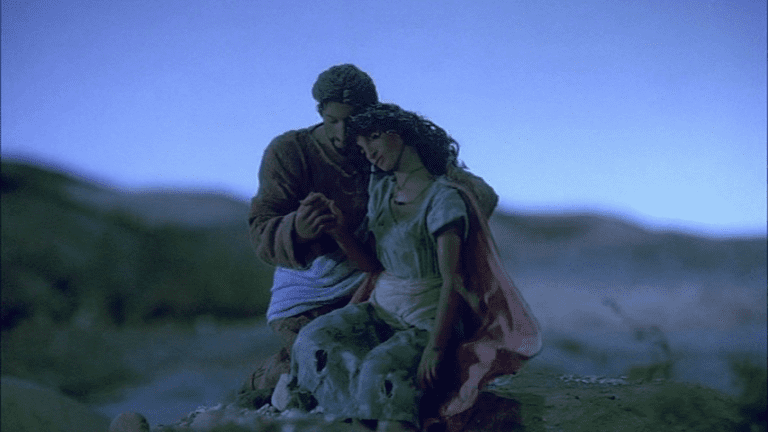 Cecil B. DeMille’s silent film The King of Kings (1927) also shows Jesus casting seven demons — here identified as the Seven Deadly Sins — out of Mary, but DeMille does not show this until after he introduces her as a scantily-clad courtesan: 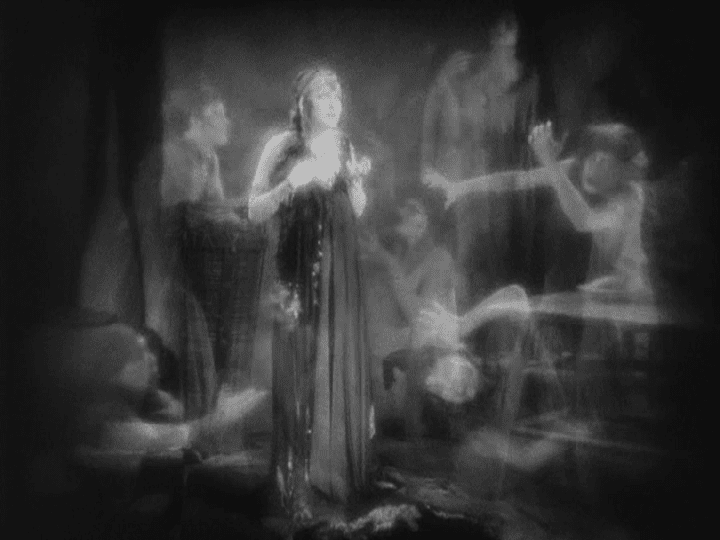 Finally, the other scene of demon possession that sticks with me — and not for the most enlightened of reasons — is the one from the Campus Crusade film Jesus (1979), where Jesus sends a “legion” of demons out of a possessed and naked man and into some pigs. And the reason this scene sticks out in my memory is because, when I was a nine-year-old boy, it wasn’t often that I got to go to church-sponsored G-rated movies that gave you ever-so-brief glimpses of naked backsides (though the DVD is more obscure on this point than I remember the movie being): 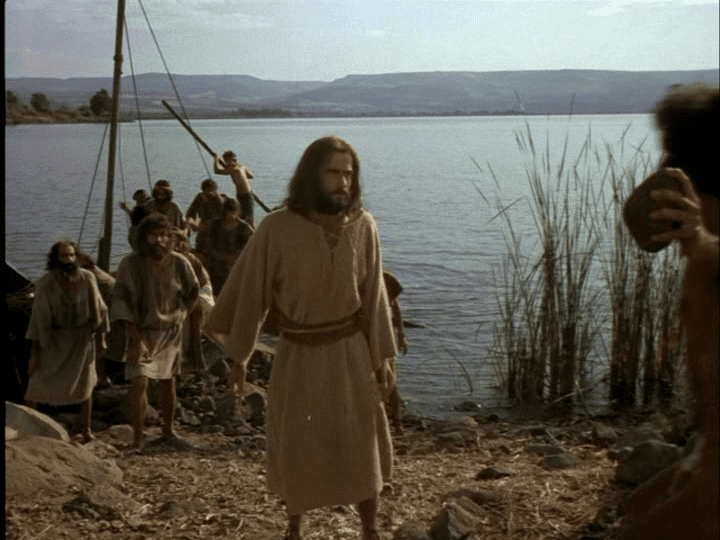 Anyway. Suffice it to say that there is arguably plenty of room for filmmakers to flesh out this aspect of Jesus’ ministry, in ways that have not yet been covered by other filmmakers. But I’m not sure The Lost Years is what we should be looking for.

For one thing, what sense does it make to flesh out an aspect of Jesus’ ministry in a series set before that ministry had even begun?

For another… Well, look again at who is writing and producing it.

December 3, 2013
Spielberg and Lucas on Ark of the Covenant traditions
Next Post

December 4, 2013 Noah -- new photos and a spoiler-ish blueprint of the Ark
Recent Comments
0 | Leave a Comment
"Animation would uniquely allow the creator to show the genitalia without getting into the waters ..."
Kellen The naked Christ in film: birth, ..."
"Gentlepersons:While I am a lifelong Christ-follower and served as Chaplain to a graduate program in ..."
Darrell A. Harris Exclusive: Patrick and Paul Aiello on ..."
"I know this is from 5 years ago, but I just got around to seeing ..."
digital bookworm Exclusive: Watch the trailer for Becoming ..."
"Thanks so much for making this list. I was thinking of doing something similar, but ..."
Bill Kudrle The Chosen — season one scripture ..."
Browse Our Archives
Related posts from FilmChat