Church groups “taking over” theatres for Son of God 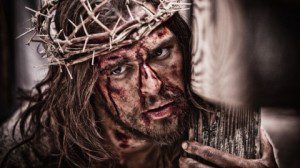 Son of God, the big-screen life-of-Jesus movie spun off from last year’s mini-series The Bible, officially comes out two weeks from today — but some churches are giving their parishioners a chance to see the film slightly earlier than that.

The Hollywood Reporter says churches and other organizations around the U.S. are buying out entire theatres — not just individual screens, but entire multiplexes — for screenings of Son of God on Thursday February 27, the night before the official release date. Just to give the whole thing a feeling of conquest, they’re even calling these bookings “Theatre Take-Overs”.

So if anyone heads to the local multiplex that night to, say, catch up on their Oscar nominees (the awards ceremony takes place that weekend, on March 2), or indeed to see anything else, they may find their efforts thwarted. As one church rep quoted in the Reporter’s story says: “If anyone comes to the theater to see another movie that night, they’ll be out of luck, unless we have a few extra tickets to give them!”

While the main impetus for these “take-overs” seems to be coming from English-speaking evangelicals and other Protestants, the Reporter says “take-overs” have also been planned for Catholic, Spanish and Korean audiences.

Quite a few churches bought out entire screening rooms when The Passion of the Christ (2004) came out ten years ago, but I don’t recall hearing of entire multiplexes being booked for that film. I suppose it could have happened, though.

The Reporter ran another story last week looking at how producers Mark Burnett and Roma Downey promoted the film at last week’s National Prayer Breakfast, and along the way Downey made a claim that didn’t strike me as entirely accurate.

But I can think of at least one other film that covered the entire life of Jesus and was distributed by a secular company, namely the Campus Crusade film Jesus (1979), which was distributed by Warner Brothers back in the day. That film celebrates its 35th anniversary this year, and I’ll have more to say about that in another post.

February 15 update: I just checked my notes from the pastors’ screening of Son of God that I attended three months ago, and I was reminded that the church leaders there talked openly of “taking back” the media and even of “occupying” theatres, etc. So, if you were wondering where this “take-over” rhetoric was coming from…

February 14, 2014 New movie about the young Jesus in the works at Lifetime
Recent Comments
1 Comment | Leave a Comment
"Animation would uniquely allow the creator to show the genitalia without getting into the waters ..."
Kellen The naked Christ in film: birth, ..."
"Gentlepersons:While I am a lifelong Christ-follower and served as Chaplain to a graduate program in ..."
Darrell A. Harris Exclusive: Patrick and Paul Aiello on ..."
"I know this is from 5 years ago, but I just got around to seeing ..."
digital bookworm Exclusive: Watch the trailer for Becoming ..."
"Thanks so much for making this list. I was thinking of doing something similar, but ..."
Bill Kudrle The Chosen — season one scripture ..."
Browse Our Archives
Related posts from FilmChat