Aaron Paul on playing Joshua and growing up Baptist 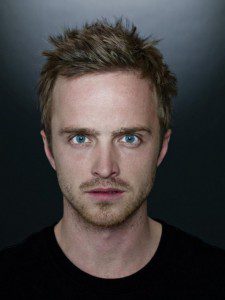 Aaron Paul has spent the past few weeks promoting Need for Speed, but along the way he has said a few new things about Ridley Scott’s Exodus, which will feature him as the Hebrew slave-turned-general Joshua. None of the quotes are terribly revealing — and at this point, why should they be? — but they’re amusing and/or interesting just the same.

For one thing, he tells The Hollywood Reporter that making the film “was very exciting because going to set, you just really felt like you were there,” but in an interview with the British newspaper Metro, he allows that there was one thing about this you-were-there-ness that he didn’t really care for: “There was camel poop everywhere. I was walking next to Christian [Bale, who plays Moses] and I just couldn’t stop myself from gagging.” Hmmm. Smell-o-vision, anyone?

More interestingly, The West Australian got him to talk about working on the movie in relation to his upbringing as the son of a Baptist minister:

Clearly this amiable lad, the son of a Baptist minister who was raised in Idaho, is nothing like Pinkman. Possibly Paul’s portrayal as a Jewish slave battling the pagan precincts of Ancient Egypt in Ridley Scott’s Exodus is closer to home.

“I grew up reading the Bible and not just believing in a religion. I actually had to read it from front to back multiple times so I know everything that is in the Bible.”

Is he still a churchgoer? “No, but I did grow up very religious.” How has that affected him? “I think growing up in a very religious household is great. My parents weren’t extremely strict on me and instilled very good morals. It was a loving home.”

Paul wanted to be an actor from a very young age. “I was doing church plays ever since I was a young kid and I think that’s where I got the bug. The eighth grade was the first time I had an acting class and that’s when I was introduced to films such as Stand By Me and The Goonies. That was also the first time I realised those are just kids playing characters and that made me very excited. I made the conscious decision I was going to move to LA and I started saving money in the eighth grade.”

Paul also had this to say in a video interview with Collider.com:

Well first of all, Ridley Scott is just one of my heroes, really. I mean, he is just such a god in my eyes in the entertainment world. But he’s incredible. The moment you meet him, you see him on set, you realize why he is Ridley Scott, you know, why people love him so much. Christian Bale, I mean, one of the funniest guys I’ve ever met in my life — and that actually surprised me. I don’t know why, but it really surprised me. He’s hilarious. And, you know, it’s really– Exodus is the story of Moses kind of coming back and bringing the Hebrew slaves to salvation, and I play one of those Hebrew slaves by the name of Joshua, and I become Moses’s — kind of one of his right-hand men — and he’s got a lot of anger brewing inside of him, because he’s just been beaten up his entire life, and so he’s ready to fight back.

When an interviewer expresses surprise at Paul’s casting in Ridley Scott’s upcoming biblical epic, “Exodus” — he plays Hebrew slave Joshua to Christian Bale’s Moses — Paul doesn’t bristle. Instead, he gamely pulls out his smartphone to shuffle through pictures of himself on set in Spain, de-contemporized by a three-hour makeup job. Oh, and to share the laugh of Bale striking a crazy-faced, Prophets-Gone-Wild pose.

I want to see that picture.

March 15, 2014
More shots of Noah's children in a TV spot from Peru
Next Post

March 15, 2014 Listen to Patti Smith's theme song for Noah via the BBC
Recent Comments
0 | Leave a Comment
"This was a refreshing read. I'm an average fan of Hellboy but I'm also a ..."
Andrew Mathews Doug Jones on Hellboy and Christianity.
"Great interview! One thing I've wondered since watching Season 1 is why they didn't include ..."
A.J. Cattapan Interview: The Chosen writer-director Dallas Jenkins ..."
"Earth actually does exist in the Dark City universe. Early in the film when John ..."
Edward Clint Dark City and the ambiguous ending.
"I don't always agree with your opinions, but your reviews are never less than interesting ..."
Laura-Lee Rahn The top-grossing Italian movie of 2019: ..."
Browse Our Archives
Follow Us!