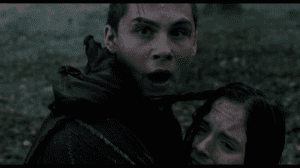 Don’t know how I missed this before, but the other day Russell Crowe tweeted a link to a TV spot for Noah posted by a movie website in Peru, and it happens to feature a few new shots, most of which depict Noah’s sons Shem and Ham, as well as his adopted daughter-in-law Ila. As ever, check them out below the jump.

First, the TV spot itself, which is called ‘Debajo’, a word that, according to Google Translate, can mean ‘Below’, ‘Beneath’ or ‘Underneath’:

Ila asks, “Do you think those men are going to attack us?” while Ham looks on (though given the different lighting, these two shots probably come from different scenes): 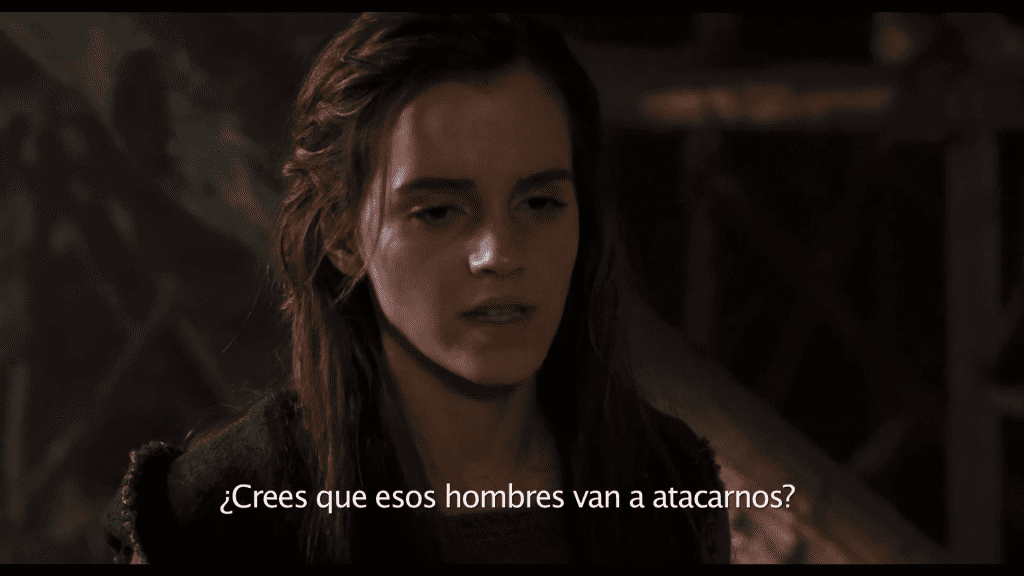 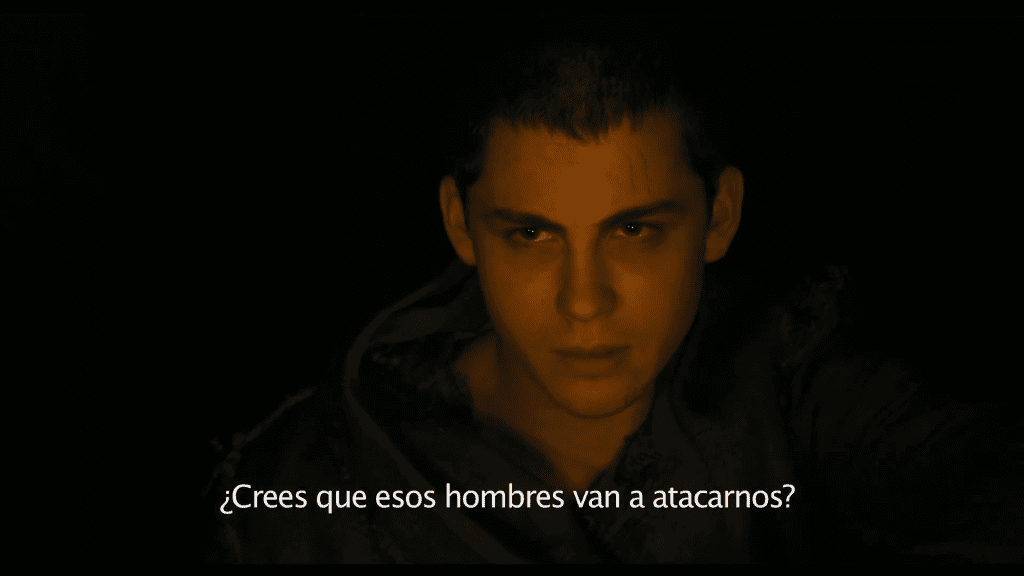 Offscreen, Noah says, “When the rain comes, we do what needs to be done.”

We get this extra shot of Ila and Shem watching as Ham confronts Noah in the “Do you want me to stay a child?” scene: 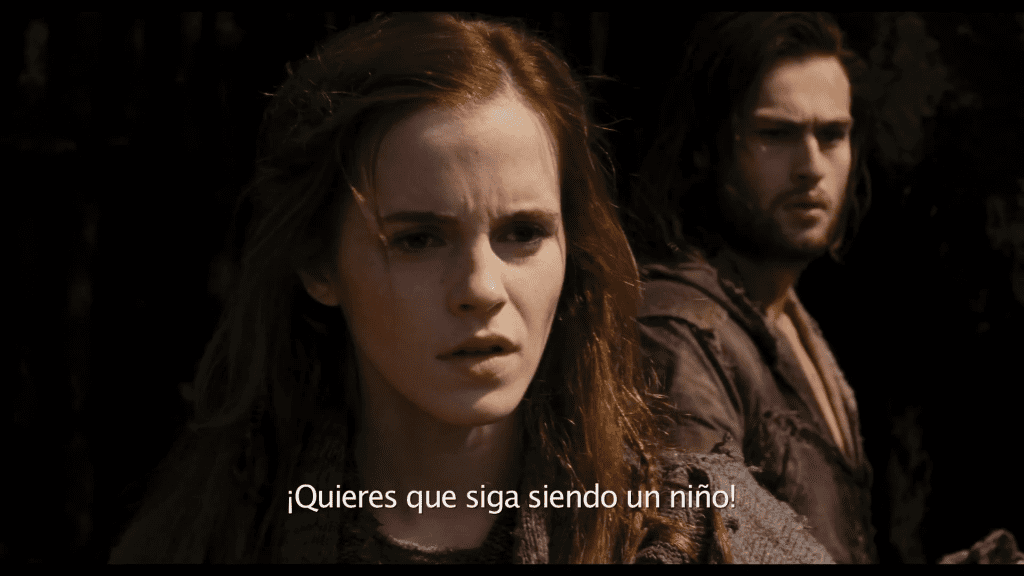 We also get this extra shot of Noah putting his arm on Shem’s shoulder during the “Protect your mother!” scene: 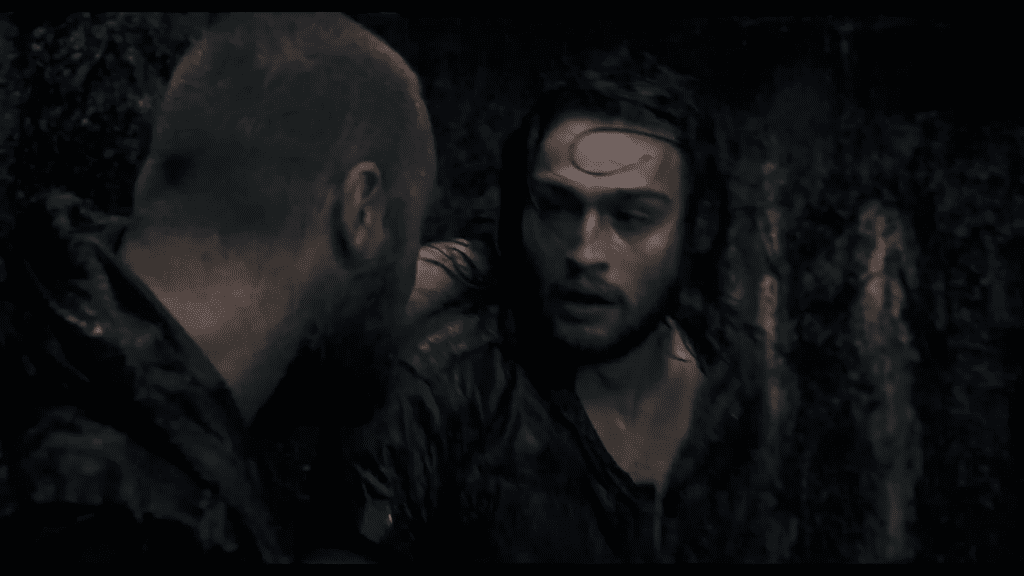 We also get this new shot from one of Shem and Ila’s kissing scenes: 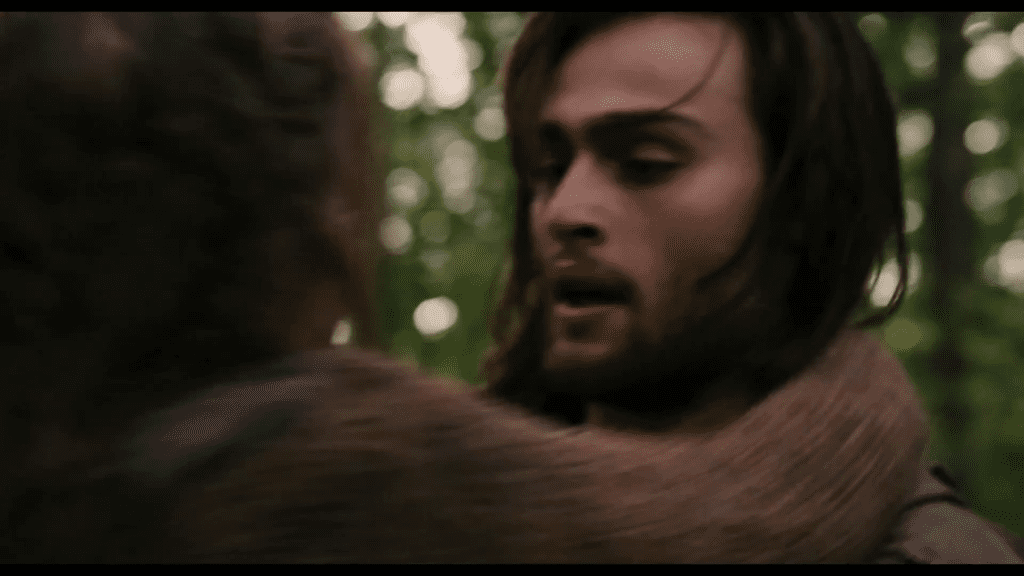 Shem violently shoves one of Tubal-Cain’s men back out of the Ark: 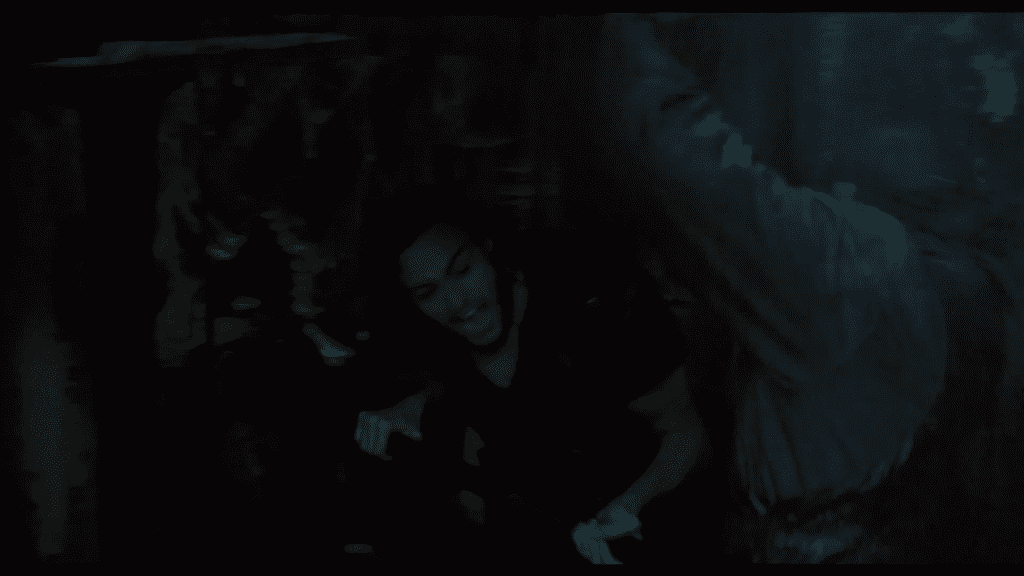 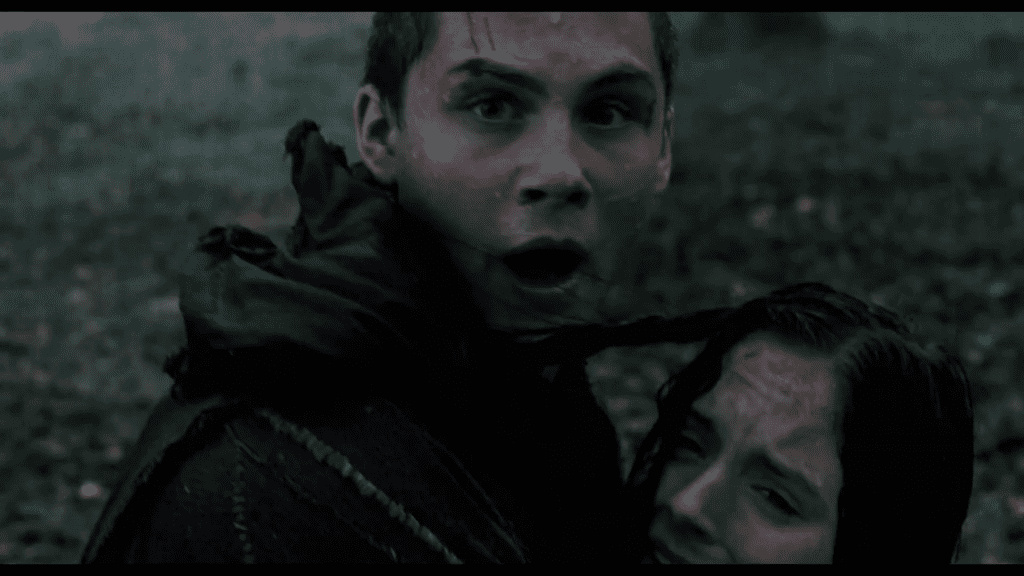 The Peruvian TV spot also has a few new shots of animals, including these bits from Noah’s dream with the drowning humans and the glowing Ark: 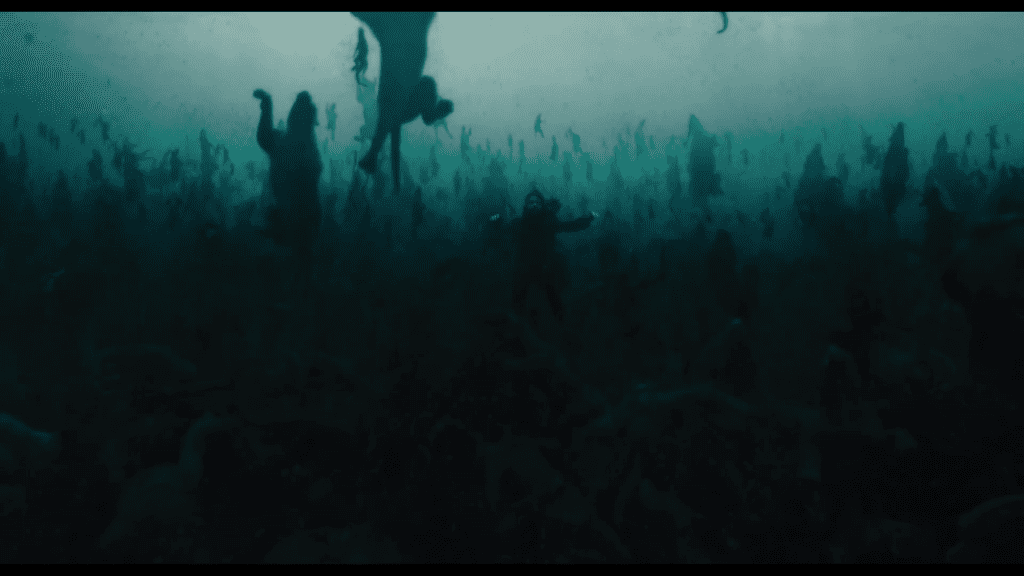 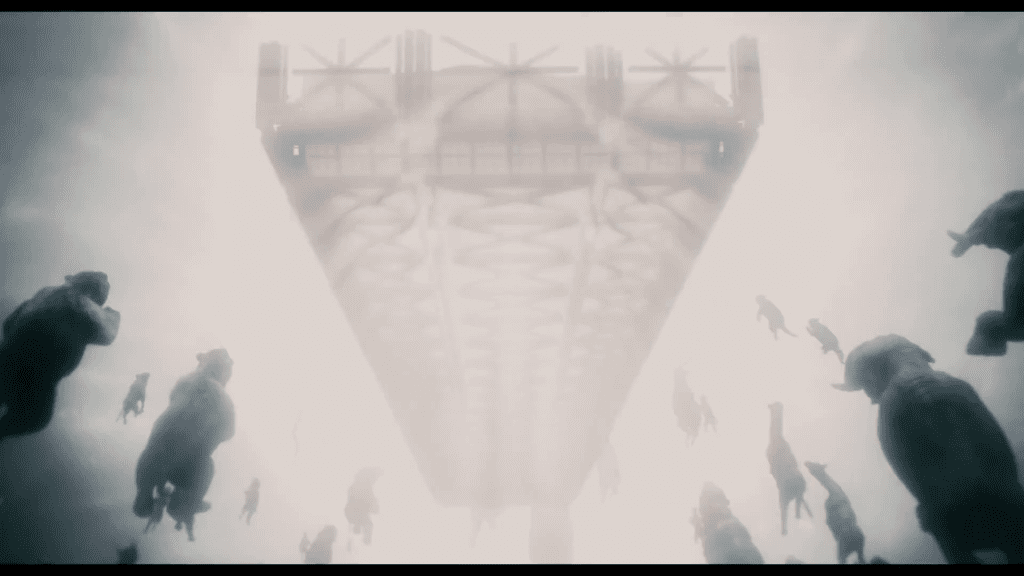 I also don’t recognize this overhead shot of the birds circling from any of the earlier trailers: 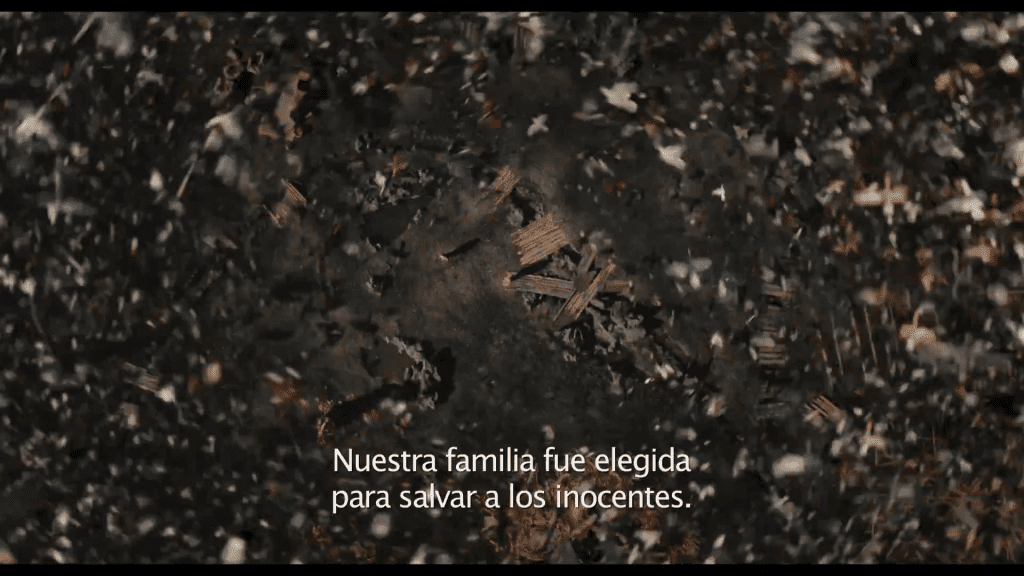 Finally, I think this helicopter shot might be a bit different from similar shots in the earlier trailers: 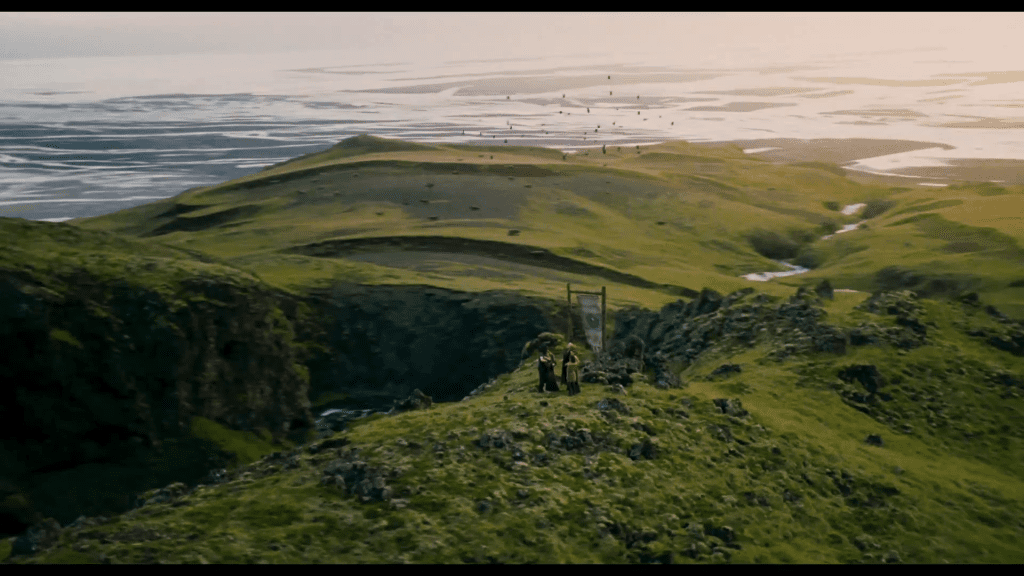 March 14, 2014
Noah news round-up: complete soundtrack listing, the Berlin premiere, the meaning of the story, and more
Next Post

March 15, 2014 Aaron Paul on playing Joshua and growing up Baptist
Recent Comments
0 | Leave a Comment
"Gentlepersons:While I am a lifelong Christ-follower and served as Chaplain to a graduate program in ..."
Darrell A. Harris Exclusive: Patrick and Paul Aiello on ..."
"I know this is from 5 years ago, but I just got around to seeing ..."
digital bookworm Exclusive: Watch the trailer for Becoming ..."
"Thanks so much for making this list. I was thinking of doing something similar, but ..."
Bill Kudrle The Chosen — season one scripture ..."
"Per Wikipedia: "In classical rhetoric and logic, begging the question or assuming the conclusion is ..."
Peter T Chattaway Review: The Most Reluctant Convert: The ..."
Browse Our Archives
Related posts from FilmChat