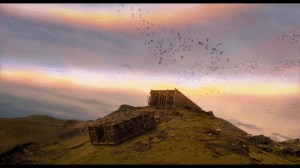 With two weeks to go until the film’s release — just one, if you live in Mexico — Paramount Pictures released at least five new TV spots for Darren Aronofsky’s Noah today, as well as a brand new motion poster. As ever, check out the links and the new images below the jump.

First, we might as well start with the TV spot called ‘Begins’:

The only new shot in this spot that I noticed was from Noah’s initial confrontation with Tubal-Cain, in which Tubal-Cain says, “I will ride the storm in that ship of yours.” 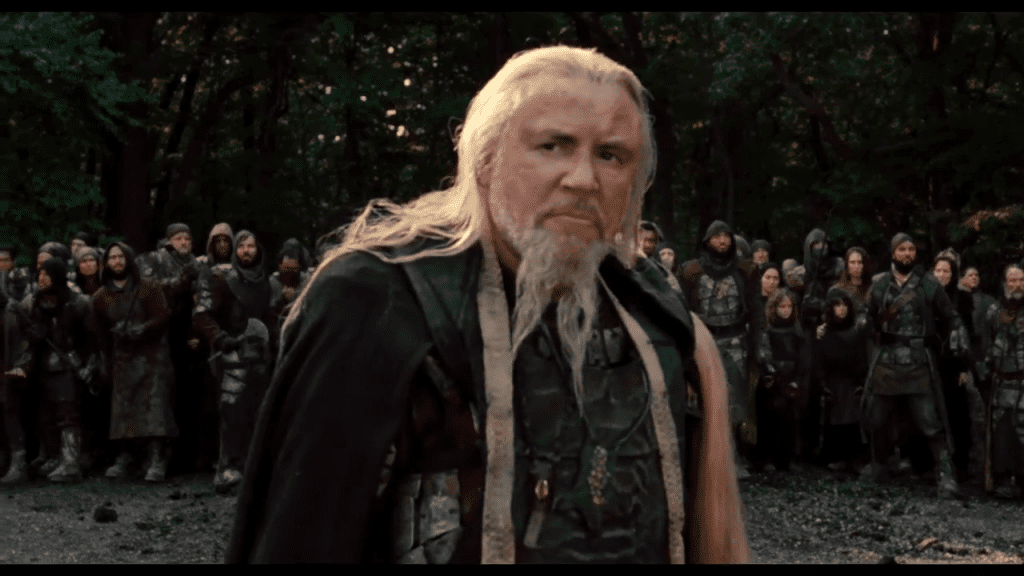 Then, there is the spot called ‘Live’:

Tubal-Cain shouts “Death comes from the heavens!” before his troops charge the Ark: 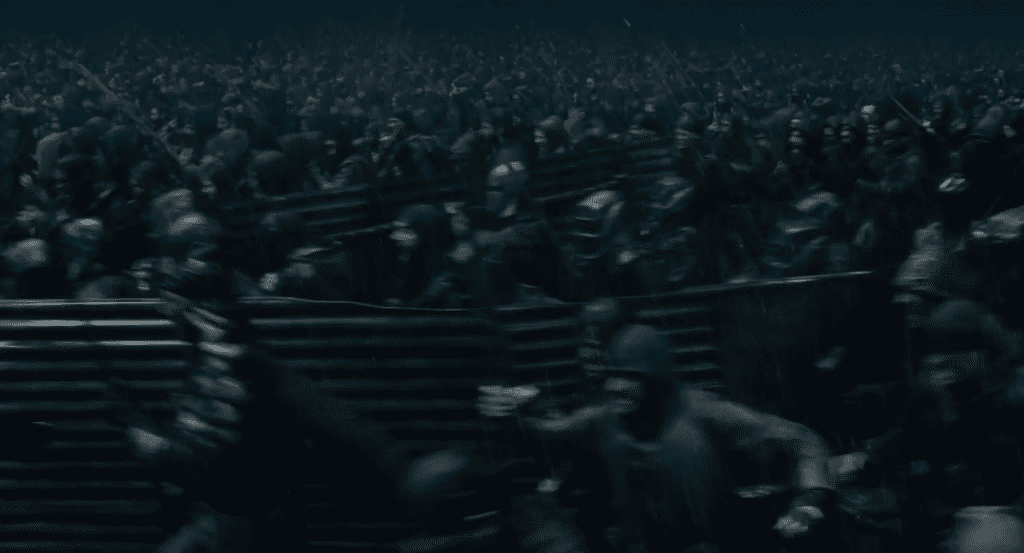 Noah asks Naameh, “Is there anything you would not do to protect our family?” 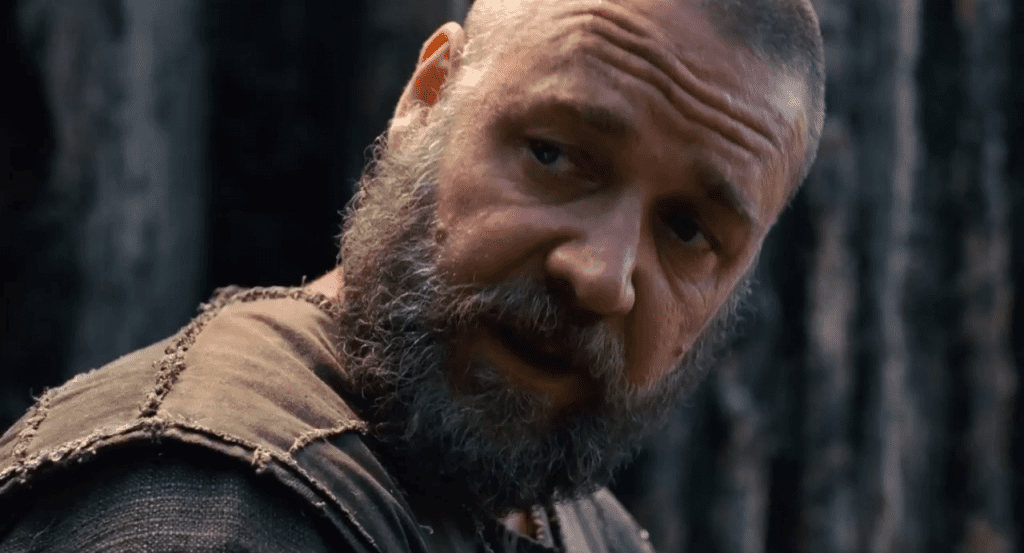 We get an extra shot of Noah as he faces the men storming the Ark: 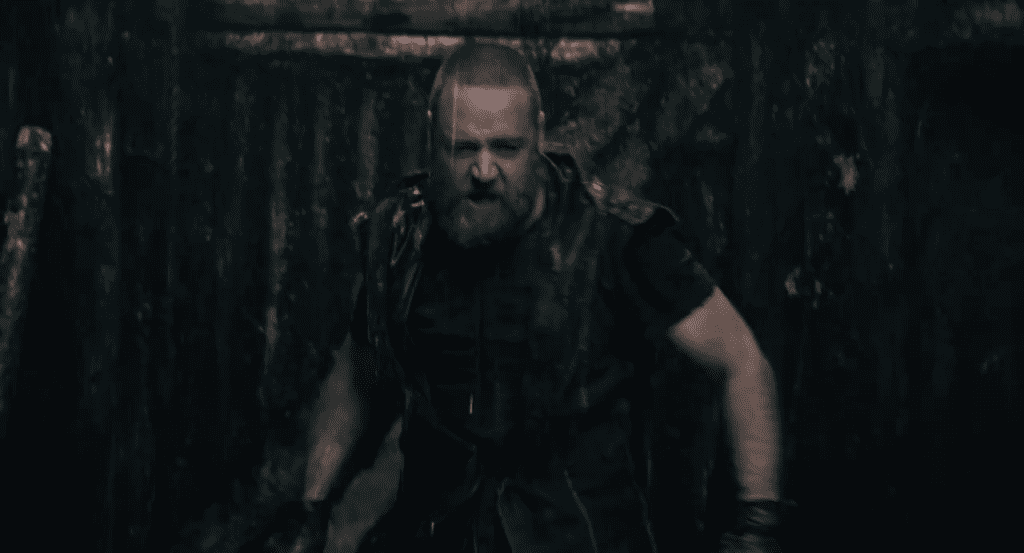 Naameh looks down from a mountain and sees a camp encroaching on the forest: 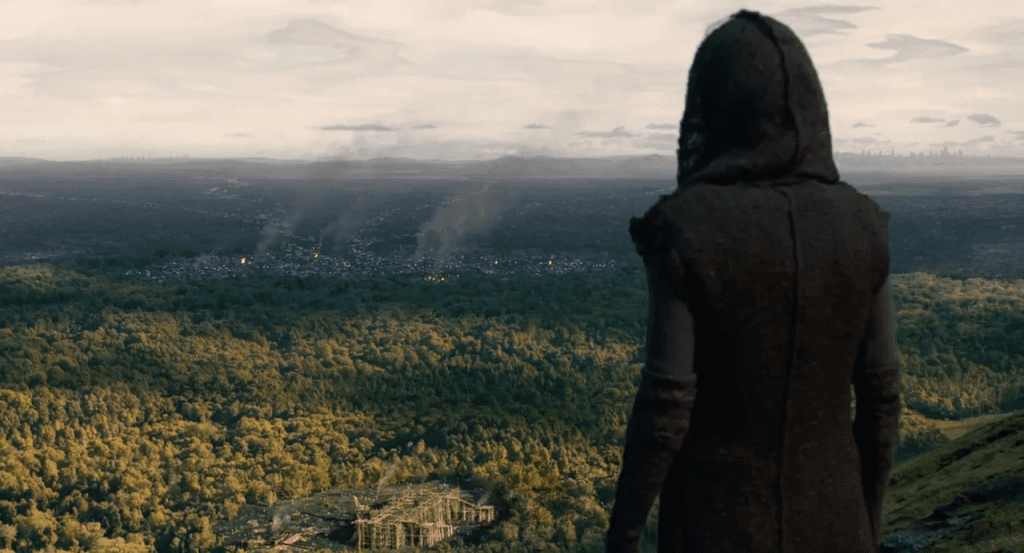 Noah tells Tubal-Cain, “The evils of mankind will not live in this new world.” 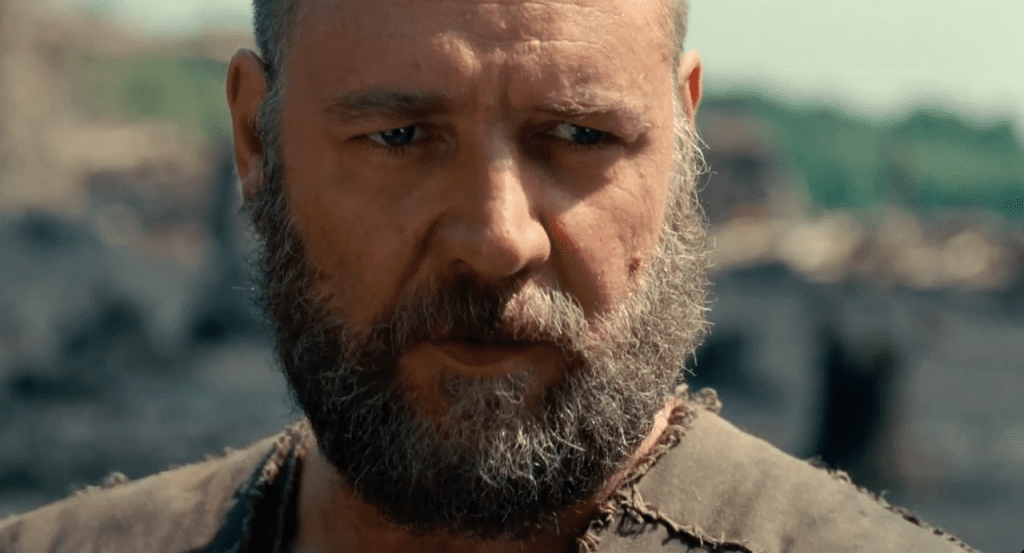 Third, there is the spot called ‘Storm’:

We see Noah and Ila on the Ark as Noah tells his family, “A storm is going to destroy the world.” 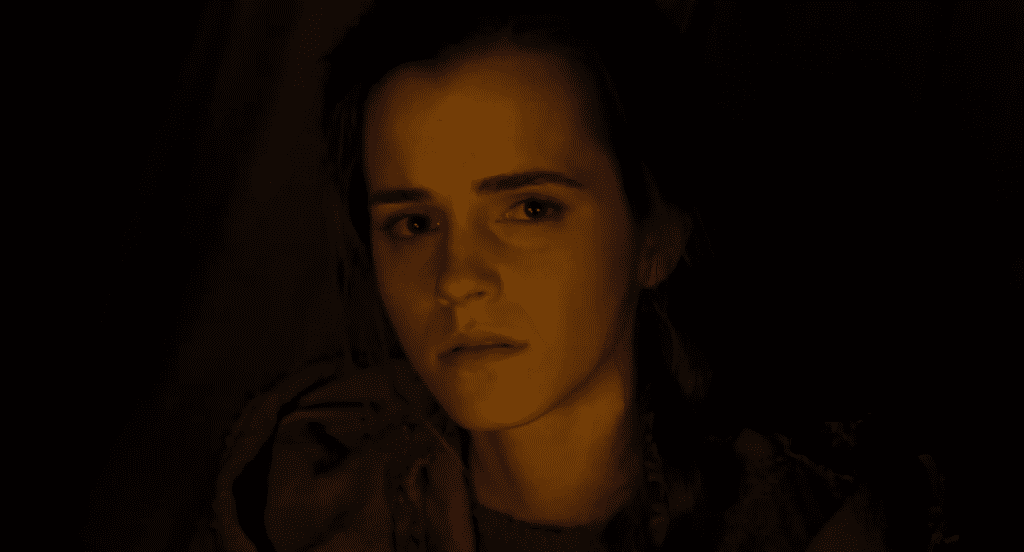 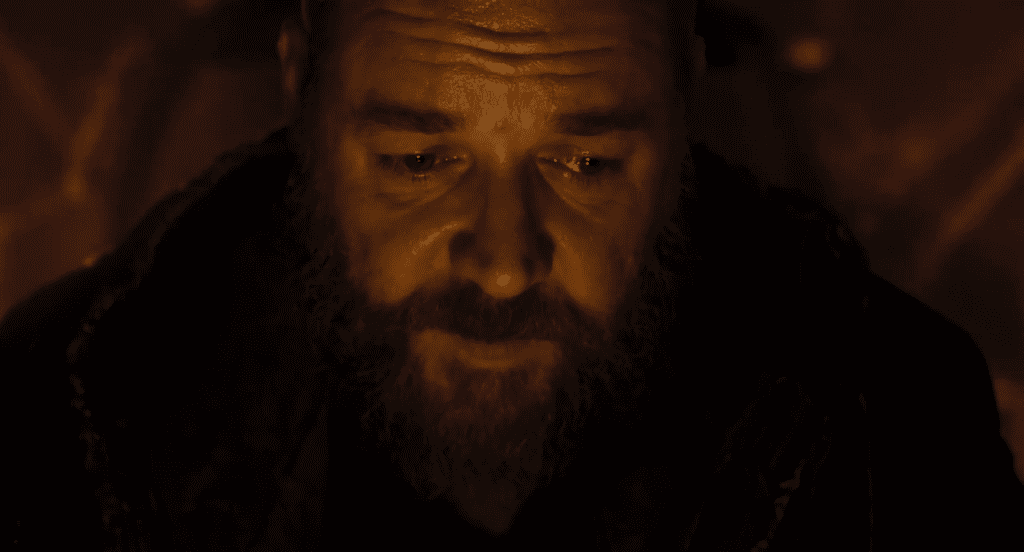 Fourth, there is the spot called ‘Redemption’, which plays up religious buzzwords like “faith” and “hope” and concludes with the much-discussed disclaimer:

It begins with Noah saying, in voice-over, “Our family has been chosen to save the innocent.” Later on, he says in another voice-over, “I will not fail you.”

In another shot, Ila tells Noah, “He chose you for a reason.” 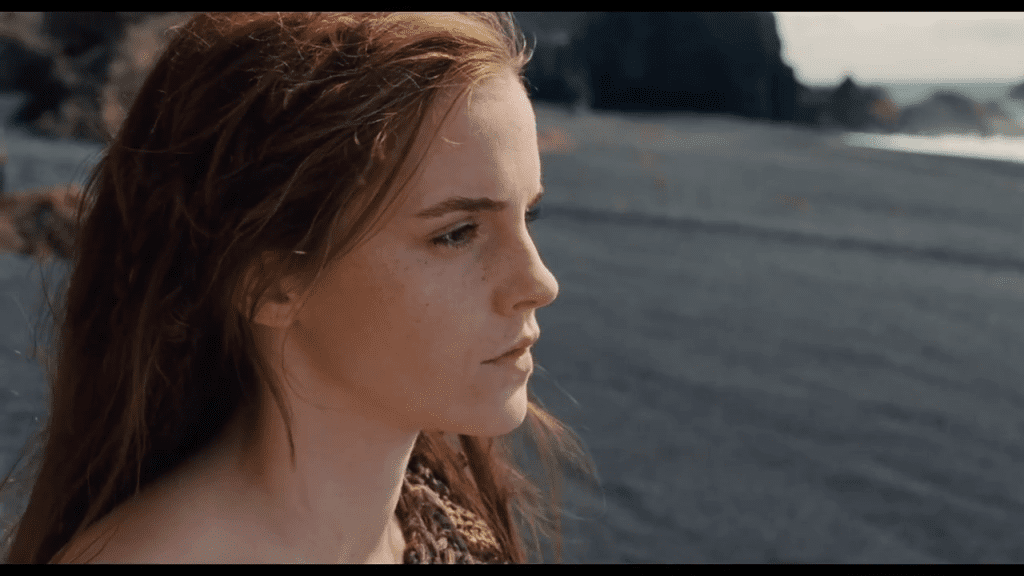 And finally, some birds — and a double rainbow — appear over the Ark, which has apparently broken in two since landing on the mountain: 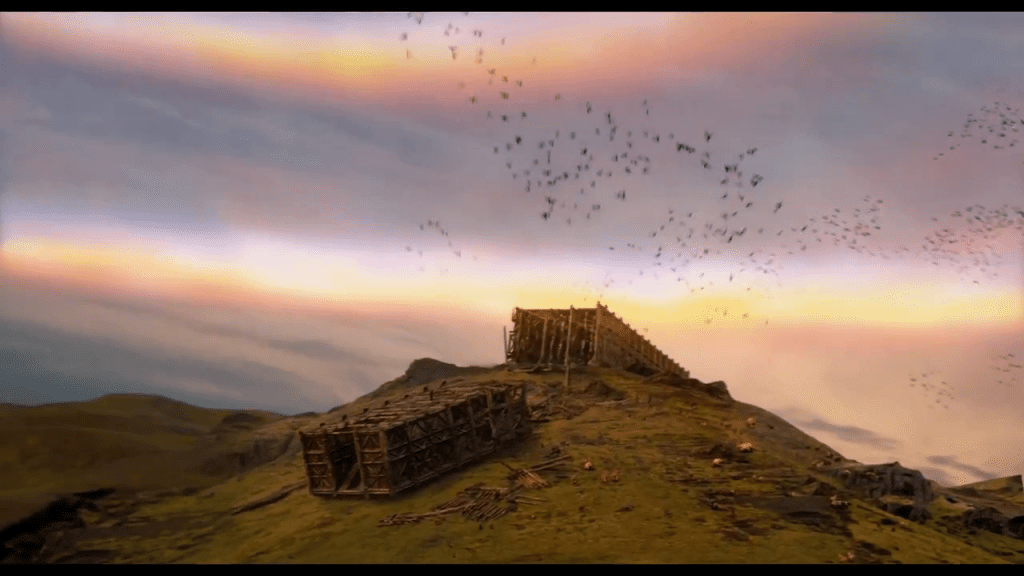 Personally, I can’t help wondering if the Ark’s breaking in half here is meant as a nod to the Titanic, or even to the theories floated by some people, such as the producers of In Search of Noah’s Ark (1976), to explain why the Ark has been “located” in two different spots on Mt Ararat. See the relevant clip from that film here.

Meanwhile, Empire magazine has posted a brand new motion poster that loops through images of Methuselah’s cave, Ila sitting in a forest, and so on. It also includes a new snippet of Clint Mansell’s score. You can see some screen captures here: 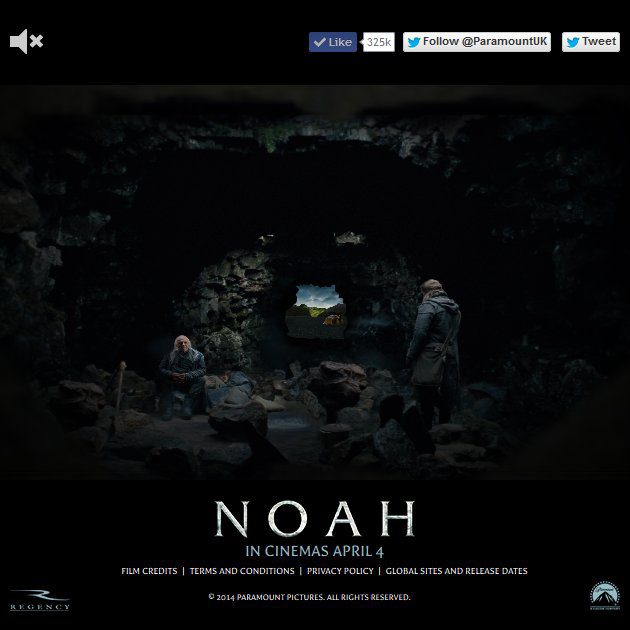 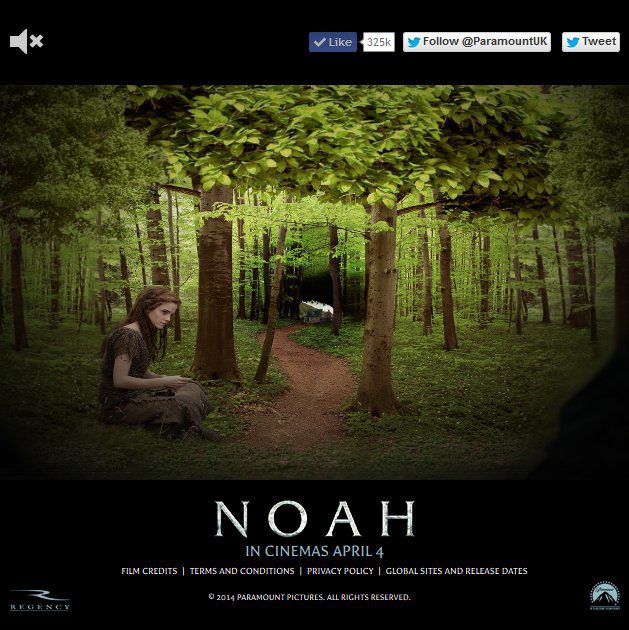 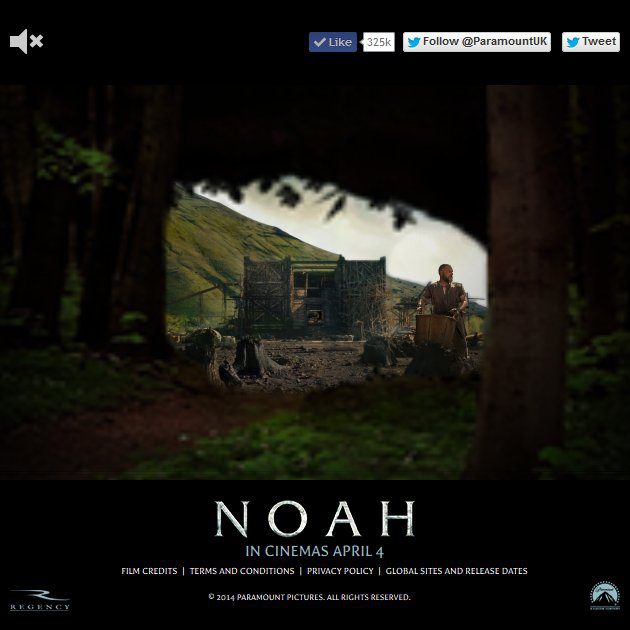 Finally, there is also this untitled 15-second TV spot that has no new footage:

March 13, 2014 J.K. Simmons is playing a what in Terminator: Genesis?
Recent Comments
0 | Leave a Comment
Browse Our Archives
Related posts from FilmChat