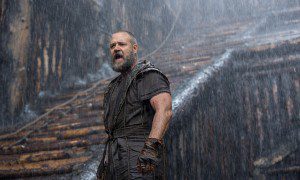 Two years ago, when Paramount Pictures first announced that it was producing Darren Aronofsky’s Noah, the studio said the film would be “a close adaptation of the Biblical story”. Now, after a couple weeks of sometimes baffling controversy, the studio is taking a different tack, announcing yesterday that it will add a disclaimer to many of the upcoming ads and trailers for the film to clarify that it is an “imaginative” adaptation of the story and not a “literal” one.

The Wrap, for its part, reports that the disclaimer has been added to the film as well, though neither of the trade papers linked above support that claim.

The disclaimer itself will read:

The film is inspired by the story of Noah. While artistic license has been taken, we believe that this film is true to the essence, values, and integrity of a story that is a cornerstone of faith for millions of people worldwide. The biblical story of Noah can be found in the book of Genesis.

We’ve seen these sorts of disclaimers before. In fact, this is almost exactly identical to the disclaimer that appeared at the beginning of The Prince of Egypt (1998): 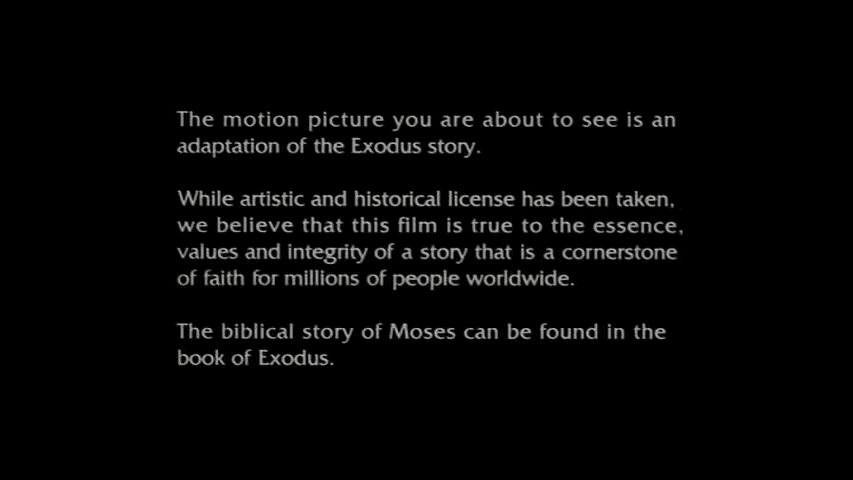 But we saw something similar at the beginning of each episode of The Bible (2013), too: 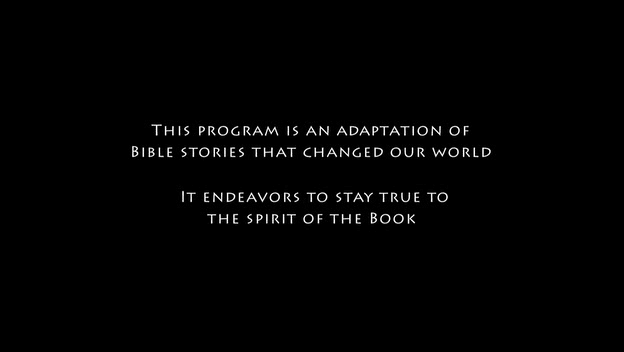 The Noah disclaimer may be different from the others, though, not just because it might not appear in the film itself, but also because it has been attached to the marketing materials after weeks, if not months, of long-simmering controversy over the content of the movie. It seems like a reaction to a marketing problem, in other words, rather than a natural outgrowth of the film’s awareness campaign.

The disclaimer was added to the film’s marketing campaign at the suggestion of National Religious Broadcasters CEO Jerry Johnson, who led a panel discussion of the film last Sunday. The trade papers quote him as saying: “We are grateful that Paramount is striving, with this disclaimer, to strike a proper balance between artistic creativity, character development, and honoring the sacred Scripture.”

At least no one used the words “biblical accuracy” this time.

Noah has at least one thing going for it: According to a survey conducted by the online ticket vendor Fandango, about three quarters of the people who have bought tickets for Son of God (which opened today) — many of whom don’t normally go to movies — say they plan to see Noah as well when it opens four weeks from now.

About 76% of the thousand people surveyed said they intended to see Noah, which was slightly behind the percentage that said they were interested in seeing Heaven Is for Real (83%) and Exodus (82%); however, the survey did not ask participants whether they actually planned to see those latter two films.

February 28, 2014 Son of God -- my review's up! (And some other links.)
Recent Comments
0 | Leave a Comment
"Whoever wrote this article called Mary a virgin. She was only a virgin till after ..."
Ronnette Harvey The latest attempt to film all ..."
"In addition to this explanation of why "Paul says he can’t tell the Roman Christians ..."
PaulDT Paul, Apostle of Christ: a scene ..."
"Outstanding outline and identification of references and sources as well as background. Thank you so ..."
PaulDT Paul, Apostle of Christ: a scene ..."
"" So now, basically, the Magi are just a substitute for Santa Claus." <- Well... ..."
The 3 Wise Men — not ..."
Browse Our Archives
Follow Us!