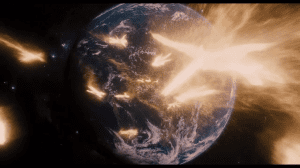 Needless to say, there isn’t a whole lot of new footage in the 35-second Super Bowl spot for Noah that Paramount released online tonight, four days before it will air on TV. But the ad does give us a few new images and a few new bits of dialogue, as well. Check ’em out below the jump.

First, here is the TV spot itself:

The most significant visual addition to this trailer would have to be the shots that involve bright light of some kind. I’m thinking it’s probably safe to say that the image below has something to do with the angels who come down to Earth and become known as “the Watchers” or, alternatively (as far as this film is concerned), “the Nephilim” (and note how, once again, we see a spherical Earth!): 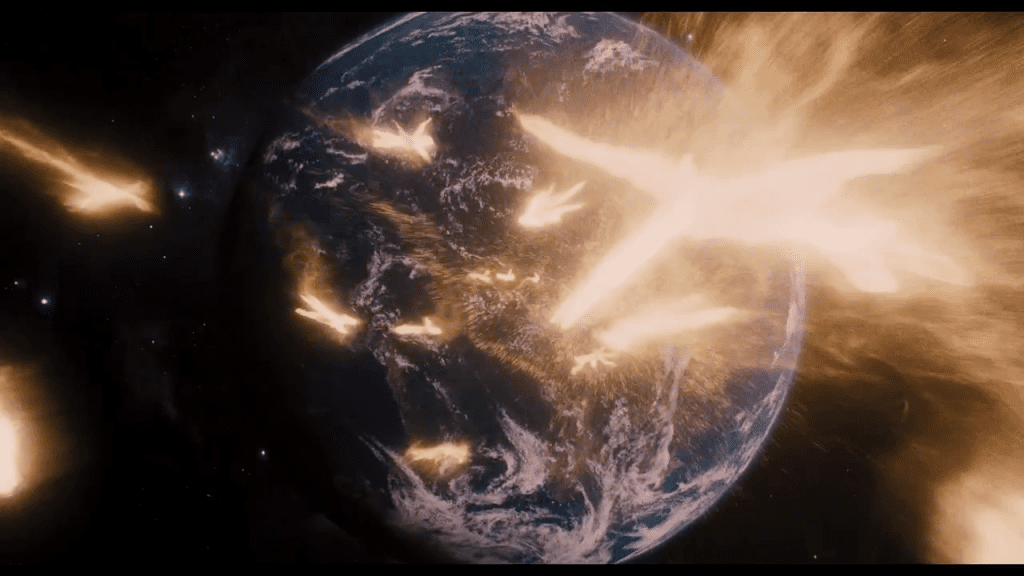 Note also the shot below, which shows a bright pillar of light that sends bodies flying. This is notably different from the shots we have seen before, in which jets of water send people flying. Is this, too, related to the angels somehow? 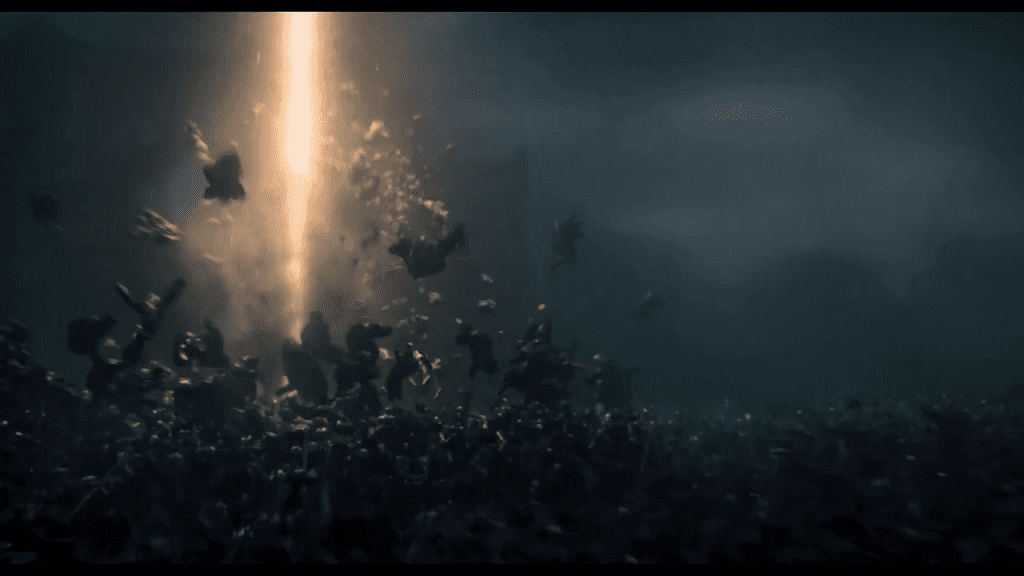 Apart from that, most of the other new images and dialogue focus on Noah’s protective relationship with his family. In one voice-over that plays over some familiar images, Noah says, “The storm cannot be stopped, but it can be survived.”

Then, over the next two images (and a few others from earlier trailers), Noah tells his wife Naameh, “We have to protect our family… and save the innocent.” 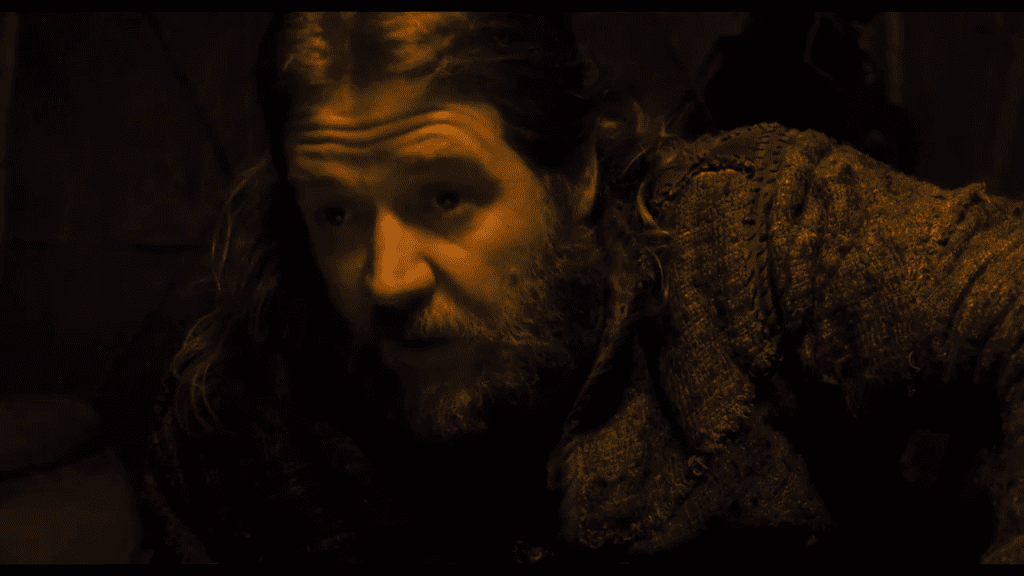 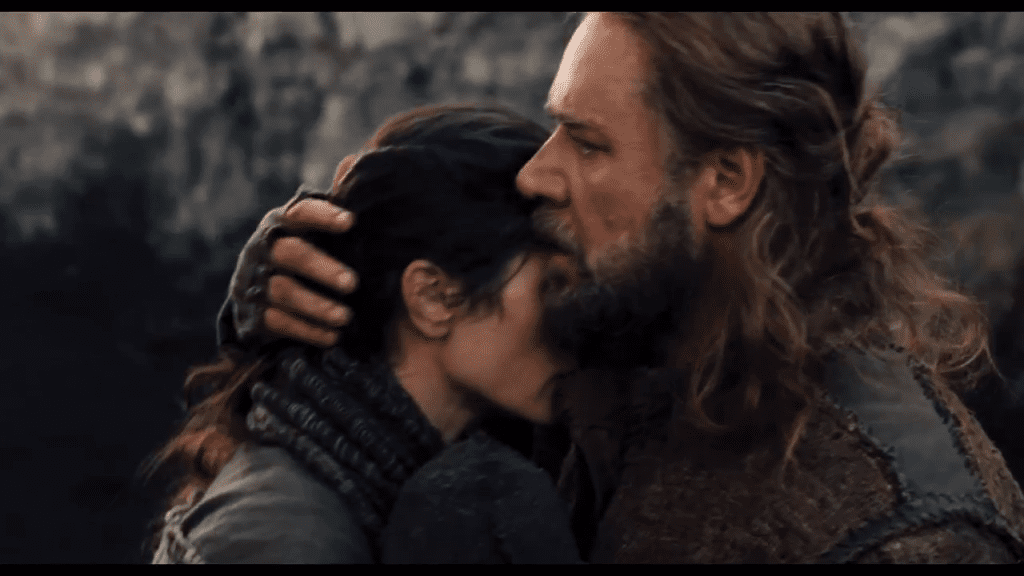 This is shortly followed, after some other shots, by a close-up of Naameh herself: 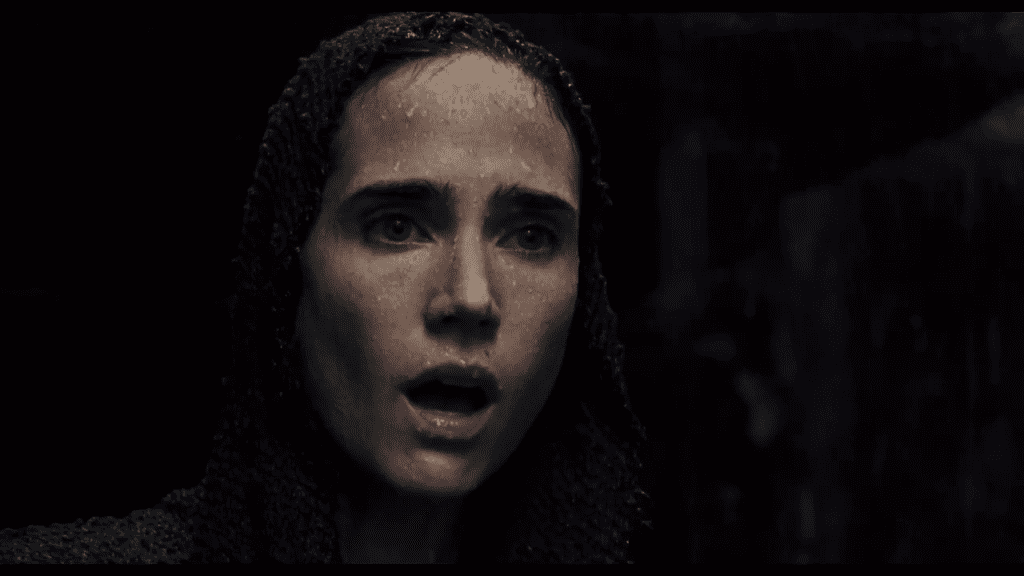 And this is followed, after a few more shots, by a shot of Noah telling one of his sons, “Protect your mother! Protect them all!” 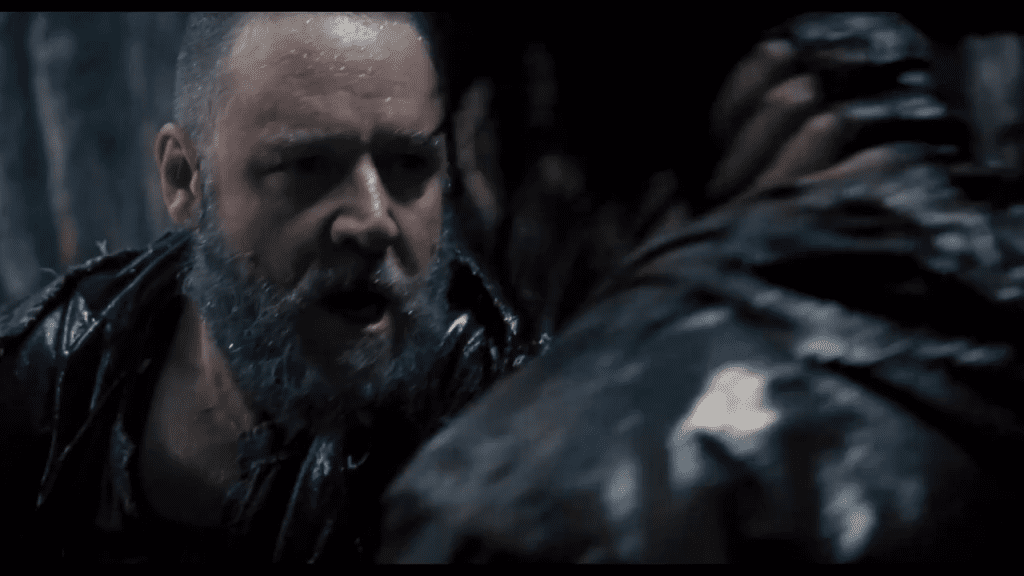 We also get a new shot of Tubal-Cain, asking his followers “Do you want to live?” — no doubt just before he tells them all to storm the Ark: 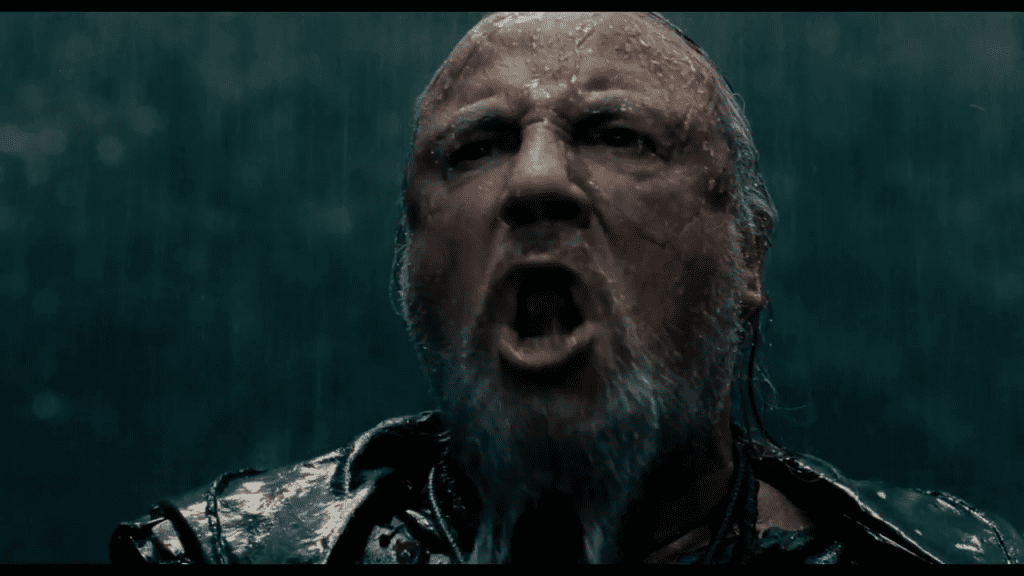 And that’s about it. Though it does bear mentioning that this ad spreads the following tagline out over three separate title cards:

OF THE WORLD’S
MOST EPIC EVENT

This is an interesting pitch, inasmuch as it comes very close to a tagline that was used in the special trailers shown only at church conferences…

…but it doesn’t quite go all the way to endorsing what you might call a historically literalistic interpretation of the Noah story in Genesis. The TV spot is aimed at a mainstream audience, after all. That being said, it’s still interesting to see that the TV spot at least hints at the idea that the Flood was an actual “event” etc.

January 29, 2014
The Oscars rescind nomination for Alone Yet Not Alone
Next Post

January 30, 2014 Forest Whitaker in talks to direct, star in The Shack
Recent Comments
1 Comment | Leave a Comment
"Animation would uniquely allow the creator to show the genitalia without getting into the waters ..."
Kellen The naked Christ in film: birth, ..."
"Gentlepersons:While I am a lifelong Christ-follower and served as Chaplain to a graduate program in ..."
Darrell A. Harris Exclusive: Patrick and Paul Aiello on ..."
"I know this is from 5 years ago, but I just got around to seeing ..."
digital bookworm Exclusive: Watch the trailer for Becoming ..."
"Thanks so much for making this list. I was thinking of doing something similar, but ..."
Bill Kudrle The Chosen — season one scripture ..."
Browse Our Archives
Related posts from FilmChat