Box-office update: Is the “faith-based” streak almost over? 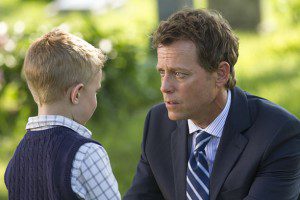 Ever since Son of God opened in theatres on February 28, there has been at least one “faith-based” movie in the North American top ten every week — and sometimes there have been two. But that streak could end after this week.

Heaven Is for Real, which is now in its sixth week, landed in the #10 spot this weekend with an estimated $1.95 million, thereby raising its domestic total to $85.8 million. The film has earned another $2.5 million overseas, for a worldwide total of $88.2 million.

Still, three months is quite a run.

No foreign figures were reported for any of those films this week, so their foreign totals are all unchanged since last week’s update — except for God’s Not Dead, which has inched up to $1.4 million overseas, giving it a worldwide total of $60.7 million.

May 24, 2014
King Solomon reimagined as a modern country-music star
Next Post

May 27, 2014 Robert Redford may play Oral Roberts in a movie about the protégé who stopped believing in Hell
Recent Comments
0 | Leave a Comment
Browse Our Archives
Follow Us!