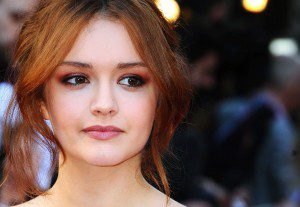 Ben-Hur’s family is coming together. Just two days after it was announced that 45-year-old Ayelet Zurer is in talks to play the title character’s mother in the new version of Ben-Hur, The Wrap reports that Ouija star Olivia Cooke, who turns 21 next month, is being considered for the part of Judah Ben-Hur’s sister Tirzah. Judah himself is being played by Jack Huston, who turns 32 next month. (In the 1959 movie, Judah and Tirzah were played by Charlton Heston and Cathy O’Donnell, who were both 35, and their mother was played by Martha Scott, who was 46. In the 2010 miniseries, Judah was played by Joseph Morgan, 28; Tirzah was played by Kristin Kreuk, 27; and their mother was played by Alex Kingston, 46.)

November 12, 2014
Meet the 11-year-old boy who speaks for God when Moses sees the burning bush in Exodus: Gods and Kings
Next Post

November 17, 2014 Newsbites: Noah! Christ the Lord! Nazareth! A.D.! Clavius!
Recent Comments
0 | Leave a Comment
Browse Our Archives
get the latest from
FilmChat
Sign up for our newsletter
Related posts from FilmChat