Watch: Peter leaves his daughter in the first trailer for A.D. 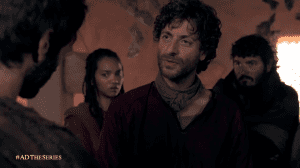 The first trailer for A.D., the semi-sequel, semi-reboot of The Bible, is here, and it delivers about what you’d expect: a replay of the events that were covered in the last two episodes of The Bible, violence between Romans and Jews, and so on.

It also hints at one story element that I don’t think I’ve seen in a Bible movie before: namely, a subplot in which Peter worries about his daughter, who likewise worries about him. A few films have acknowledged the brief reference in the gospels to Peter’s mother-in-law. But I can’t think of any that have mentioned Peter’s daughter, who comes not from the gospels but from later legends. So, it will be interesting to see what the new series does with that.

Here is the trailer itself:

I haven’t got time to do the sort of shot-by-shot analysis that I’ve done for the trailers for Noah and Exodus: Gods and Kings, and in any case I don’t think this series particularly merits that sort of treatment. But I have to ask: what are we looking at in the shot below? An angel, or just a brightly-lit rebel of some sort? 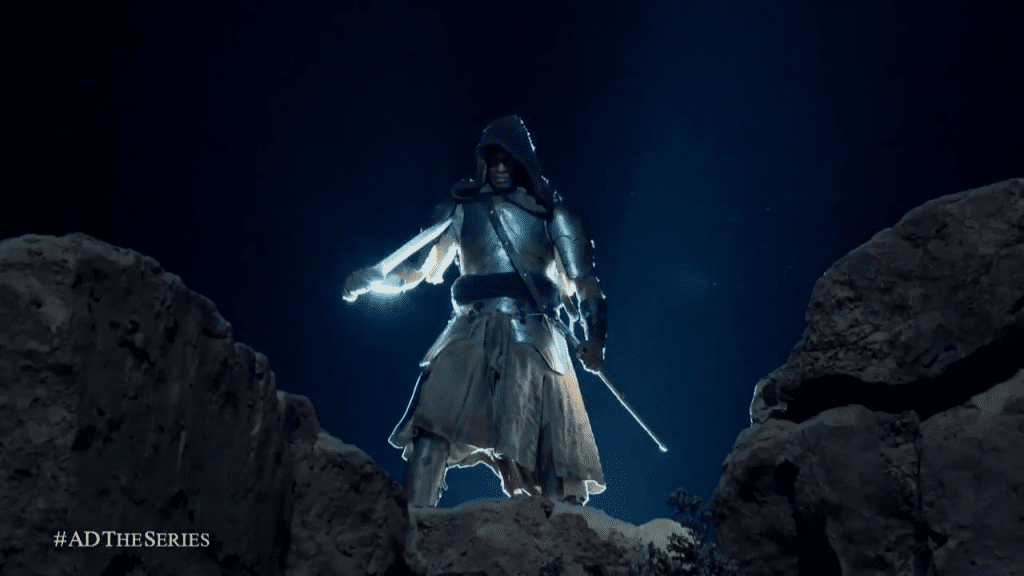 Also, note: James Callis — who played Gaius Baltar in the Battlestar Galactica reboot and Haman in One Night with the King — is playing Herod Antipas: 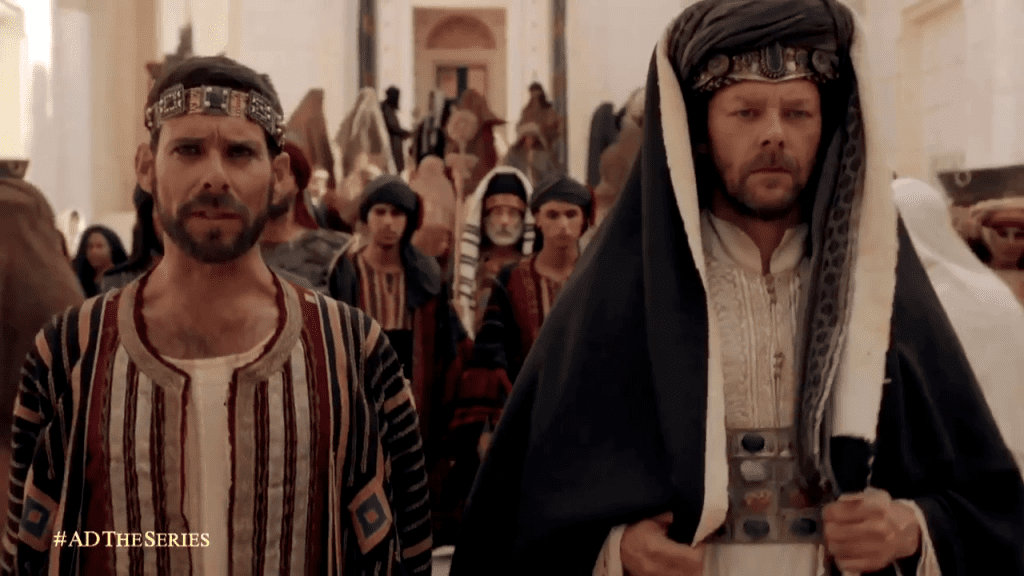 November 26, 2014
New film based on John's gospel comes to Netflix next week
Next Post

November 27, 2014 Watch: Exodus: Gods and Kings Thanksgiving commercial
Recent Comments
0 | Leave a Comment
Browse Our Archives
get the latest from
FilmChat
Sign up for our newsletter
POPULAR AT PATHEOS Entertainment
1