Laurence Fishburne to play Melchizedek in The Alchemist? 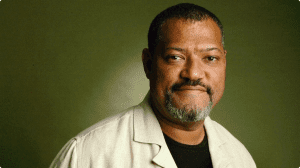 I’ve been doing a lot of research into films based on the book of Genesis lately, so I was intrigued to hear, via The Tracking Board, that Laurence Fishburne may play Melchizedek in an adaptation of Paulo Coelho’s The Alchemist, which Fishburne himself is slated to direct.

I haven’t read the book, which concerns a Spanish shepherd who goes to Egypt, so I have no idea how closely the book’s Melchizedek corresponds to the Melchizedek of the Bible. But Wikipedia says the book’s Melchizedek is “the king of Salem”, which fits. It also says he gives the book’s protagonist “the magical stones Urim and Thummim” and that he wears “a gold breastplate encrusted with precious stones” — both of which sound like something we would normally associate with the Israelite priesthood, which didn’t exist until long after the biblical Melchizedek’s time.

Melchizedek gets only one mention in the Torah, but he has been the subject of much speculation and extrapolation for Jews and Christians alike. A reference to him in Psalm 110 is quoted multiple times in the New Testament’s Book of Hebrews, which sees Melchizedek as a precursor of Christ, for example. Various traditions have suggested that he might have been identical to Noah’s son Shem, or that he might have been a Christophany, i.e. a preincarnate appearance of Jesus, etc., etc.

Off the top of my head, I can think of only two films that have depicted Melchizedek so far. One is the Genesis Project’s word-for-word adaptation of Genesis — starring Fiddler on the Roof’s Topol as Abraham! — which was made in the 1970s:

The other is the 1993 TV-movie Abraham, in which Melchizedek is presented as the first person who “gets” Abraham and his monotheism:

The Alchemist — which, according to The Tracking Board, will also star Javier Bardem as the Alchemist himself — would obviously be very different from those films, being set as it is thousands of years later. But it’s fun all the same to see that one of the more obscure Bible characters might get some attention on the big screen.

December 16, 2014
Brad Pitt no longer attached to star in Pontius Pilate
Next Post

December 18, 2014 More pics from the Jesus/Satan film Last Days in the Desert
Recent Comments
0 | Leave a Comment
Browse Our Archives
get the latest from
FilmChat
Sign up for our newsletter
POPULAR AT PATHEOS Entertainment
1