Joanna gets a speaking role in Killing Jesus and A.D.

Quick question: Who discovered the empty tomb, two days after the crucifixion?

Most people, I suspect, would say it was found by Mary Magdalene, and possibly by other women as well. But if they were asked to name those women, they might draw a blank (or they might say, incorrectly, that Jesus’ mother was one of them).

Most Jesus films haven’t been very helpful here, as they tend to focus on Mary Magdalene to the exclusion of his other female followers. Multiple male disciples? No problem. But the women tend to get a single token representative.

That’s why I’m happy to say that there are two films premiering in the next few weeks that will pay more attention to one of those other women, namely Joanna.

Joanna is mentioned only twice in the entire Bible, both times in Luke’s gospel —

After this, Jesus traveled about from one town and village to another, proclaiming the good news of the kingdom of God. The Twelve were with him, and also some women who had been cured of evil spirits and diseases: Mary (called Magdalene) from whom seven demons had come out; Joanna the wife of Chuza, the manager of Herod’s household; Susanna; and many others. These women were helping to support them out of their own means. — Luke 8:1-3

When they came back from the tomb, they told all these things to the Eleven and to all the others. It was Mary Magdalene, Joanna, Mary the mother of James, and the others with them who told this to the apostles. But they did not believe the women, because their words seemed to them like nonsense. — Luke 24:9-11

— and she has been all but ignored in Jesus films until now. Offhand, the only one I can think of that even mentions her by name is the Campus Crusade Jesus film, which is based on Luke’s gospel. It includes a brief shot of her when it gets to the Luke 8 passage, and it includes her again among the women at the empty tomb. 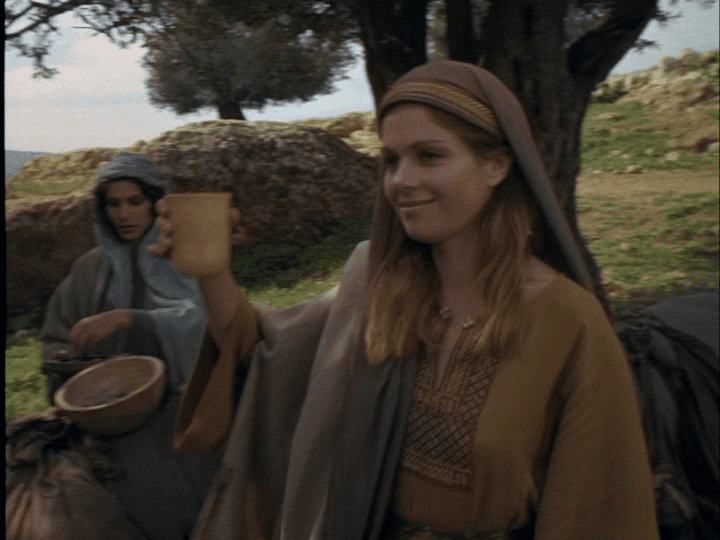 And that’s about it. The Jesus film doesn’t really flesh out any of its characters, so of course it doesn’t do anything interesting with Joanna, either.

But when you think about it, it’s kind of puzzling that other films haven’t really done anything with the character by now. Joanna was married to the guy who managed Herod’s household, and Jesus and Herod didn’t exactly like each other — so the fact that Joanna had a toe in both worlds has all sorts of dramatic possibilities.

Well, it looks like two upcoming TV shows have finally figured that out.

A few days ago, the website for A.D.: The Bible Continues posted 37 new character profiles, one of which was for Joanna. It included the following blurb:

Once healed by Jesus, Joanna becomes a stoic follower. But her steadfast faith puts her at odds with her husband Chuza (Jim Sturgeon) and in severe danger in the Herodian household where she works.

It also included this picture of actress Farzana Dua Elahe as Joanna: 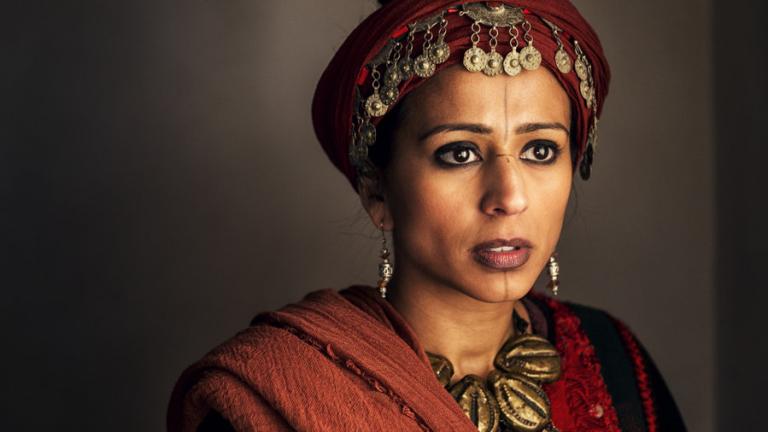 Similarly, Killing Jesus features a subplot in which Joanna overhears people plotting against Jesus, so she goes to warn him. In this version of the story, she is not healed of anything but is related to the woman who was almost stoned to death for adultery.

Here is a picture of Rotem Zissman-Cohen as Joanna in this film: 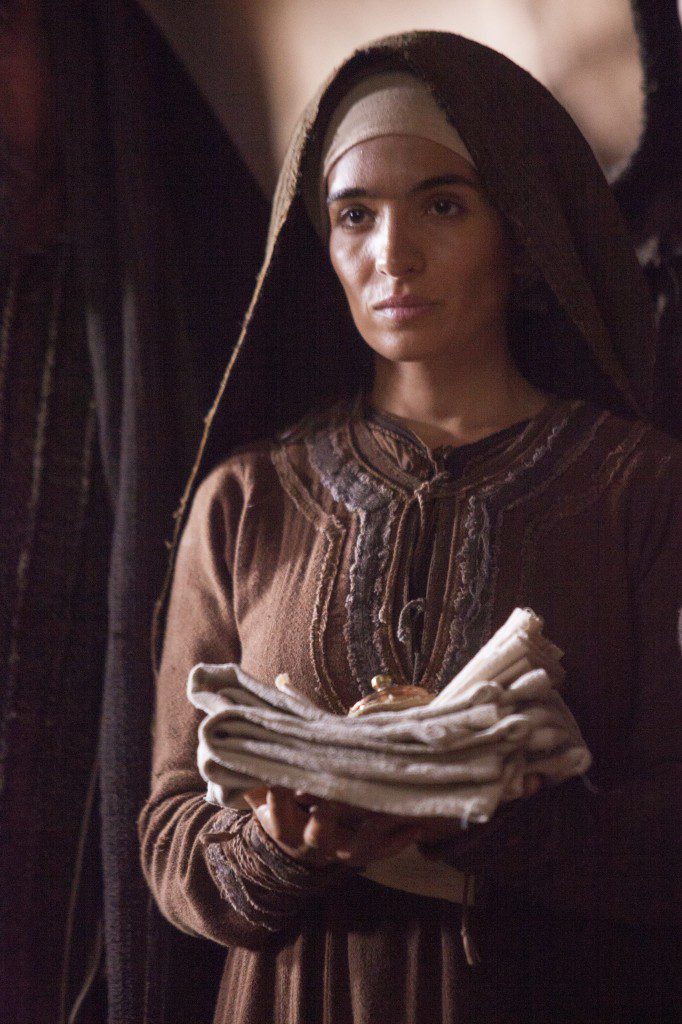 So, two films are premiering on television at opposite ends of Holy Week — Killing Jesus on Palm Sunday, A.D.: The Bible Continues on Easter Sunday — and both flesh out this character who has barely even been depicted in previous Jesus films.

I can only assume the reason these shows both zeroed in on this character is because they both make a point of setting the story of Jesus within its political context, and when you read the gospels with an eye for its political elements, the fact that one of Jesus’ followers had a connection to the Herods is bound to stand out.

Whatever the reason, I’m glad that these films have taken the two verses that mention Joanna and built them up into something more. Whatever we might make of the dramatic license taken by these films, the simple fact is that anyone who sees them will be less likely to forget this woman who apparently played a significant enough role in the early Church that her name was preserved for all time in the gospels.

Let’s hope future films do even more with Joanna, and with the other women too.

March 20, 2015 Watch: Character profiles, behind-the-scenes footage, ads, endorsements and more from A.D.: The Bible Continues
Recent Comments
0 | Leave a Comment
"Animation would uniquely allow the creator to show the genitalia without getting into the waters ..."
Kellen The naked Christ in film: birth, ..."
"Gentlepersons:While I am a lifelong Christ-follower and served as Chaplain to a graduate program in ..."
Darrell A. Harris Exclusive: Patrick and Paul Aiello on ..."
"I know this is from 5 years ago, but I just got around to seeing ..."
digital bookworm Exclusive: Watch the trailer for Becoming ..."
"Thanks so much for making this list. I was thinking of doing something similar, but ..."
Bill Kudrle The Chosen — season one scripture ..."
Browse Our Archives
Related posts from FilmChat