Watch: Ewan McGregor plays Jesus and the Devil in the first trailer for Last Days in the Desert

Watch: Ewan McGregor plays Jesus and the Devil in the first trailer for Last Days in the Desert March 24, 2016 Peter T. Chattaway

Fourteen months after it premiered at the Sundance film festival — and just in time for Easter — we finally have a trailer for Last Days in the Desert, which stars Ewan McGregor as both Jesus and the Devil in a story set sometime around the end of Jesus’ forty days of temptation in the wilderness. Check it out below the jump.

The film is written and directed by Rodrigo Garcia, and in addition to McGregor it also stars Ciaran Hinds, Ayelet Zurer and Tye Sheridan. The director of photography is Emmanuel Lubezki, who has won the Oscar for cinematography three times in the last three years, for his work on Gravity, Birdman and The Revenant.

The film is currently scheduled to come out May 13, or six weeks from tomorrow.

March 25 update: And here is the movie’s poster: 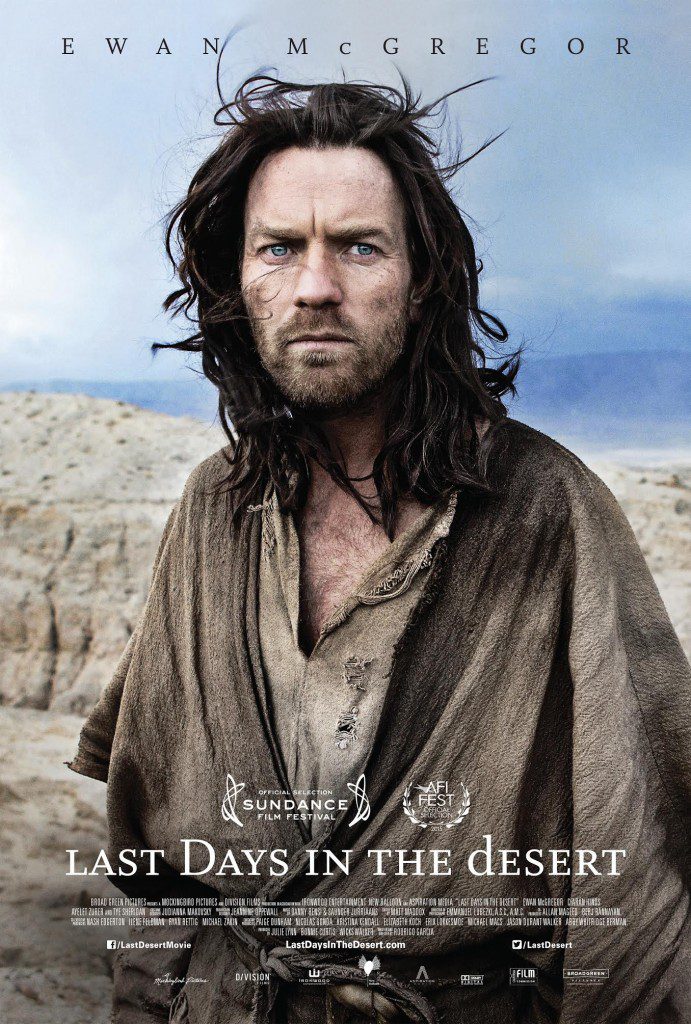 March 23, 2016
Watch: Jesus gives Judah Ben-Hur a drink of water in a new "epic faith" trailer for the upcoming Ben-Hur remake
Next Post

March 25, 2016 Watch: A new TV spot links Risen to the Easter holiday
Recent Comments
0 | Leave a Comment
Browse Our Archives
get the latest from
FilmChat
Sign up for our newsletter
POPULAR AT PATHEOS Entertainment
1