Watch: Last Days in the Desert star Ewan McGregor invites you to an evening of film, music and conversation

Watch: Last Days in the Desert star Ewan McGregor invites you to an evening of film, music and conversation April 11, 2016 Peter T. Chattaway

Last Days in the Desert, which stars Ewan McGregor as both Jesus and the Devil, is officially coming to theatres on May 13. But first it’s going to have an evening of special screenings that will combine the film with music and a bit of conversation.

Here is the video in which McGregor invites you to attend one of those screenings:

As the trailer indicates, the screenings will be accompanied by music from Gungor and will be followed by a pre-recorded discussion between McGregor, writer-director Rodrigo Garcia and my colleague Alissa Wilkinson, who was one of the very very few people to write about the film before it premiered at Sundance early last year.

The special screenings will happen on May 12 in the following cities: 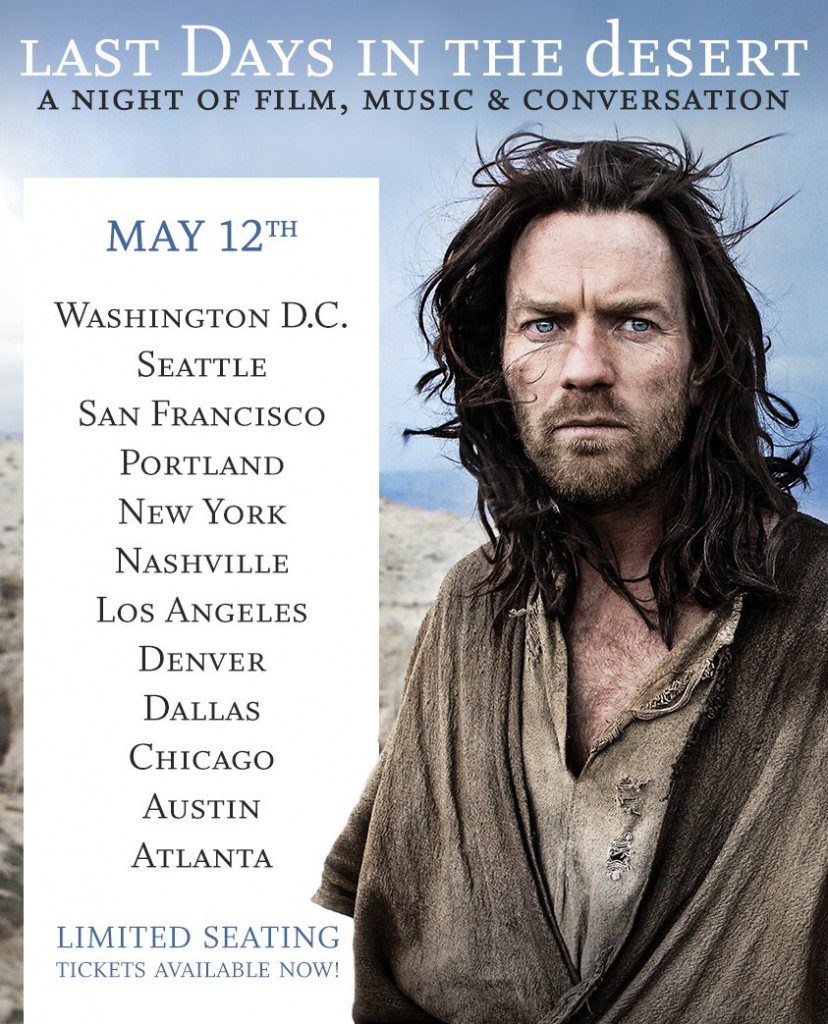 The regular release begins May 13. Click here to see the full trailer for the film.

April 11, 2016
Ben-Hur release date gets bumped to a later week in August
Next Post

April 12, 2016 Paramount shows exhibitors some more Ben-Hur footage
Recent Comments
0 | Leave a Comment
Browse Our Archives
get the latest from
FilmChat
Sign up for our newsletter
POPULAR AT PATHEOS Entertainment
1