This is a year for Bible-movie anniversaries. Intolerance turned 100 last month, The Bible: In the Beginning… turns 50 on Wednesday, and The Nativity Story turns 10 in December. But the most significant Bible movie celebrating the end of yet another decade on our screens would have to be the second and most famous version of The Ten Commandments, which premiered 60 years ago in the fall of 1956.

I’m not sure about the film’s exact release date right now because the film’s Wikipedia page gives both October 5 and November 8 as the premiere dates. (The IMDb goes with October 5.) Either way, the actual anniversary is coming up soon, and I figured I should note it here, partly because of two items that recently came my way.

And second, The Hollywood Reporter has some exclusive photos from the set of the film that were taken by Yul Brynner, who plays the villainous Pharaoh Rameses.

And what have I written about the film in the past, you ask? Well, for starters:

And there’s more, which you can find at this blog via the Ten Commandments tag.

Finally, about that Intrada soundtrack collection… here’s a picture to make you drool: 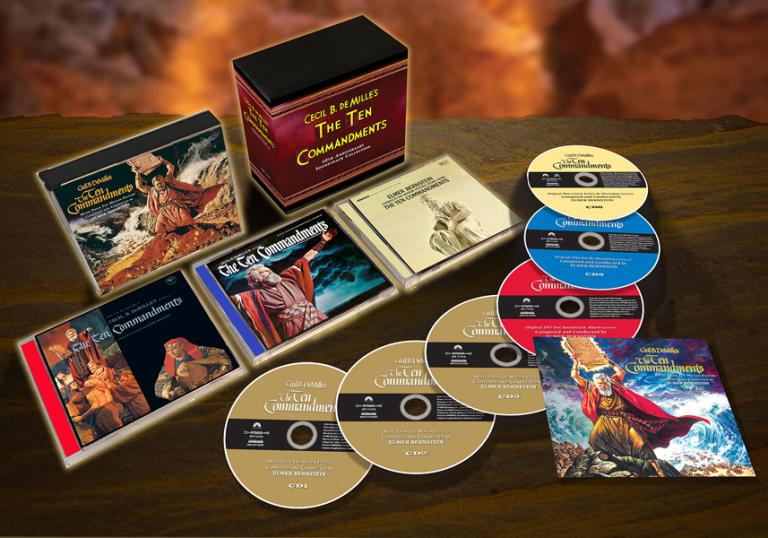 You can get a better look at the booklet covers at the Intrada website. Check ’em out.

September 28, 2016 The Vancouver International Film Festival 2016 -- a preview
Recent Comments
0 | Leave a Comment
"This was a refreshing read. I'm an average fan of Hellboy but I'm also a ..."
Andrew Mathews Doug Jones on Hellboy and Christianity.
"Great interview! One thing I've wondered since watching Season 1 is why they didn't include ..."
A.J. Cattapan Interview: The Chosen writer-director Dallas Jenkins ..."
"Earth actually does exist in the Dark City universe. Early in the film when John ..."
Edward Clint Dark City and the ambiguous ending.
"I don't always agree with your opinions, but your reviews are never less than interesting ..."
Laura-Lee Rahn The top-grossing Italian movie of 2019: ..."
Browse Our Archives
Follow Us!