Watch: The Savior, possibly the first Arabic movie about Jesus

Longtime readers of this blog might recall that I have written in the past about The Savior, a Palestinian movie about Jesus featuring an all-Arab cast. I have just learned that an English-dubbed version of the film is now available on YouTube, and is being promoted in Europe as part of a contest that comes with a €1000 prize.

You can enter the contest here and watch the movie below:

I have mentioned this film in blog posts on movies that depict the circumcision of Jesus and his ascension. I also wrote about this film, and others that feature Middle Eastern actors as Jesus and his contemporaries, for The Federalist and Books & Culture. 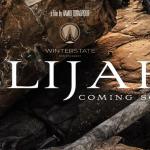 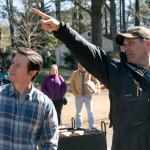 November 7, 2018 Exclusive: Instant Family director Sean Anders on balancing humour and sincerity in a movie about foster parents and their children
Recent Comments
0 | Leave a Comment
"This was a refreshing read. I'm an average fan of Hellboy but I'm also a ..."
Andrew Mathews Doug Jones on Hellboy and Christianity.
"Great interview! One thing I've wondered since watching Season 1 is why they didn't include ..."
A.J. Cattapan Interview: The Chosen writer-director Dallas Jenkins ..."
"Earth actually does exist in the Dark City universe. Early in the film when John ..."
Edward Clint Dark City and the ambiguous ending.
"I don't always agree with your opinions, but your reviews are never less than interesting ..."
Laura-Lee Rahn The top-grossing Italian movie of 2019: ..."
Browse Our Archives
Follow Us!