Redeeming Love, a retelling of Hosea, coming to theatres next year

Redeeming Love, a retelling of Hosea, coming to theatres next year May 4, 2020 Peter T. Chattaway

With the exception of Jonah, whose time in the belly of the whale has been popular with animators, there haven’t been all that many movies about the so-called Minor Prophets.

Now comes word that another adaptation is in the can and will be coming to theatres next year — and this time, the story will be set during a gold rush in the mid-19th century.

A press release sums up the story this way:

REDEEMING LOVE is a powerful and contemporary retelling of the biblical book of Hosea. The timeless love story takes place against the romantic backdrop of the California Gold Rush of 1850. The story centers on Angel (Cowen), who was sold into prostitution as a child. She has survived through hatred and self-loathing, until she meets Michael Hosea (Lewis) and discovers there is no brokenness that love can’t heal. The story reflects the redemptive power of unconditional and sacrificial love with characters and circumstances relevant to the contemporary world.

The film has eight producers from four different companies, and I have interviewed two of them in the past: Cindy Bond when she produced the animated The Ten Commandments (2007), and Roma Downey when she produced the TV series A.D.: The Bible Continues (2015). The other producers include Rivers, Simon Swart (who collaborated with Bond on I Can Only Imagine), Wayne Fitzjohn, and the gang at Pure Flix Entertainment.

Filming wrapped in South Africa in March, and the producers are currently aiming for a release in spring of next year. You can check out some early images below. 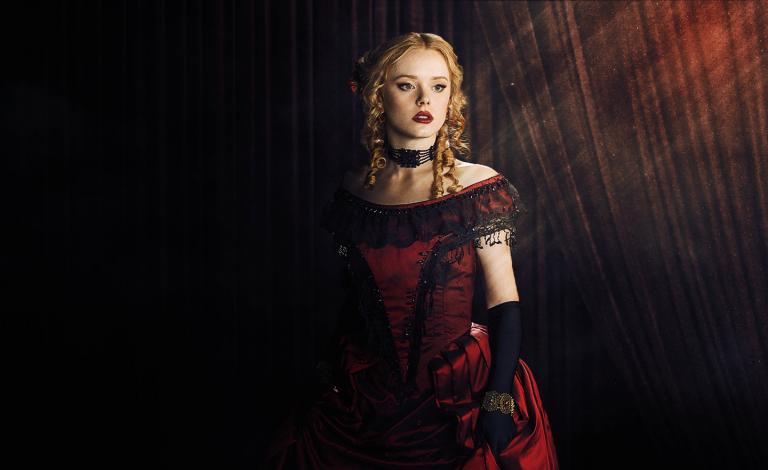 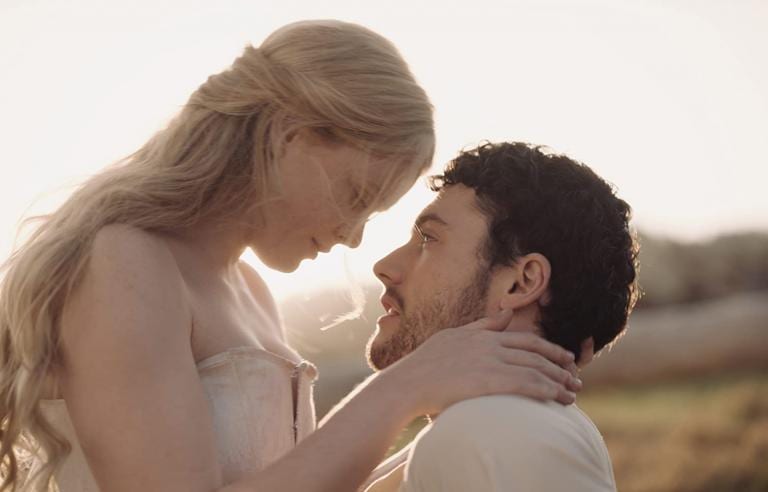 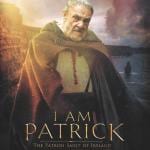 March 15, 2020
Exclusive: I Am Patrick star John Rhys-Davies on playing Ireland's patron saint and why he defends Christianity despite lacking "the gift of faith"
Next Post 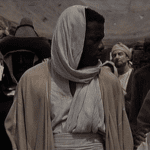 May 6, 2020 Simon of Cyrene and his family, on film.
Recent Comments
0 | Leave a Comment
"I certainly hope to! Just haven't had the time to do Season 2 yet."
Peter T Chattaway The Chosen — season one scripture ..."
"Hi Peter.Thanks for this extensive list. Will you be doing the same for all seasons? ..."
Meelperd The Chosen — season one scripture ..."
"I have neither noticed that much. I recenty read a leadership book inspired from Cyrus ..."
Hamid Mortazavi Cyrus the Great — a Persian ..."
""AD" stands for "Anno Domini", a Latin expression meaning "In the Year of Our Lord".So ..."
Peter T Chattaway The Chosen — season one, episode ..."
Browse Our Archives
get the latest updates from
FilmChat
and the Patheos
Entertainment
Channel
POPULAR AT PATHEOS Entertainment
1