Is Jesus back in Mel Brooks’ History of the World, Part II?

It took more than forty years, but Mel Brooks’ History of the World, Part I is finally getting a sequel — except, instead of making another movie, the 95-year-old Brooks is producing an eight-episode variety series for Hulu. And now comes word that the series will have at least a little biblical content, just like the original movie did.

The movie, of course, featured Brooks himself as Moses and John Hurt as Jesus, the latter in a scene where Leonardo da Vinci shows up to paint the Last Supper while it’s still happening (never mind that the real Leonardo lived over 1,400 years later).

Today, The Ankler reported that the variety series — which was announced in October 2021 and is now filming — might also feature Jesus, just like the movie did.

Instead, The Ankler reports that the part was offered to Jay Ellis (Insecure, Escape Room, Top Gun: Maverick) — though it is not clear whether Ellis has accepted the role.

Interestingly, Ellis is 40 years old, or about the same age Hurt was when he played the part — which would fit with a recent trend towards older actors playing Jesus. (The biblical Jesus was “about thirty” when he began his ministry. Hurt was 41 when History of the World, Part I came out but it could have been shot before his birthday.)

Ellis is also black, which would fit with a recent trend towards casting non-white actors as Jesus, his relatives, and/or his disciples. (Just in the last 20 years, one can point to films and shows like Color of the Cross, The Nativity Story, Killing Jesus, A.D. The Bible Continues, Risen, The Shack, Mary Magdalene, The Chosen, and the upcoming Magdala — though the precedents arguably go back as far as 1973’s Jesus Christ Superstar.)

It remains to be seen whether the series will draw attention to the race of Jesus or the actor playing him. Brooks, of course, has a long history of taboo-smashing humour, notably in films like 1974’s Blazing Saddles — a Western about a black sheriff, which Brooks said a few years ago he couldn’t make in today’s “stupidly politically correct” climate — and it’s possible this series will use the character to mock the old cliché of blue-eyed, blonde-haired Jesuses, or some such thing. Then again, maybe it won’t. We’ll see.

Interestingly, Jesus is the only character so far that appears to be in both the movie and the series — and he is the only character from the series who has been revealed so far who predates the modern era. The movie took place mostly in the ancient and medieval eras, with the exception of the French Revolution in the late 1700s, but the characters revealed by The Ankler today mostly belong to the American Civil War (Abraham Lincoln, Robert E. Lee) or the even later Russian Revolutionary period (Grigori Rasputin, Vladimir Lenin, Leon Trotsky, Joseph Stalin). The Ankler’s list also includes William Shakespeare and Galileo, both of whom lived in the late 1500s and early 1600s.

— The picture above shows John Hurt as Jesus (far right) in History of the World, Part I. 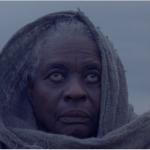 April 20, 2022
Mary Magdalene movie to get its world premiere at Cannes
Next Post