My friend Reed and I have a standing date on Saturdays, where we get together at a coffee house and drink matcha green tea lattes and talk about occultism and comic books. I had some time to kill before our most recent meeting, so I popped into Ye Olde Tyme Magick Shoppe, and I was flipping through a text on West Country folklore and trying to remember the name of a book my friend Jay had suggested I read, when one of the salesclerks came up behind me.

Clerk: “That’s a really good book, if you want something traditional that’s not Gardnerian.”

Me: “Oh, actually, I am Gardnerian. I’m just looking for a title a friend recommended.”

Clerk: “Oh. Okay. In which case, just let me know if you need any help.”

Clerk: “So… may I ask you something? You don’t have to answer if it’ll make you uncomfortable.”

Clerk: “Do you practice with a coven?”

Now that surprised the heck out of me. I’m used to situations where somebody says, “You know how Gardnerians are,” and I say, “I’m Gardnerian,” and they go, “Oh. Then you know how you are.” So to have someone be politely curious but respectful of boundaries was an unexpectedly pleasant experience, and it made me automatically like the guy.

But my interaction with the clerk brought up a related memory, something I hadn’t thought about in years. Also, I promise I am not making this up.

Just shy of two decades ago, way back when my ex (Jack) and I were still together, our buddy Z. dropped by our apartment one afternoon while I happened to be out of town.

Z. took a moment to digest that, then gasped and went, “He’s getting initiated into a Gardnerian coven, isn’t he?!“

And Jack, bless his non-Pagan heart, replied, “Um… I can neither confirm nor deny…?”

“Okay, listen,” Z. said, switching to Dark Mode. “Gardnerian initiations have very adverse effects on people. He’s going to come back changed. You probably won’t like who he is now. I just want you to be prepared for that.”

Jack nodded solemnly and said, “I appreciate the warning.” And then he waited for Z. to leave and called me and told me all about it, and we laughed our asses off.

And it really was hilarious, because… Z. didn’t know any Gardnerians. No Gardnerian had ever been mean to him on the Internet or said anything disparaging about his Tradition. What he did have, though, were people like the Sense Fairy feeding him a lot of malarkey about Traditional Wicca. And he also had some pretty significant insecurities about his own practices, which influenced his perception of mine.

Z. and I met when I was a seeker, and he was a Third Degree, and I think he’d been quietly waiting for me to ask him for training. When I didn’t — when I flew off to the Sunshine State to get branded Gardnerian — I think he took it personally, like I was insinuating his Tradition wasn’t good enough for me. And I think that sort of reinforced his suspicions that his Tradition wasn’t good enough, period.

The reality was that his Tradition was solid, workable, and sincere. It just wasn’t the right fit for me. It was right for him, though, and it was right for his students and initiates. And I wish that out of the two of us, I wasn’t the only one who could see that.

Anyway, let’s let the past stay there and return to the present.

The clerk found the book I was looking for (Backwoods Witchcraft, in case anyone’s interested), introduced himself — I’ma call him Gary — and wished me a good rest of the day. I took my purchase up to the checkout counter, behind which sat two more employees, manspreading like seasoned pros and loudly discussing the magical incompetencies of a mutual acquaintance.

“She was burning blue candles for wealth,” one said to the other while ringing me up. “Can you believe that? I guess some people just don’t want to bother with proper correspondences.”

I thought about asking whether she was a Chaos Magician or a Hermetic Qabalist, since the color blue is associated with wealth in both of those approaches, but I also accepted that this was one of those situations where the best thing I could do was keep my damn mouth shut. Instead, I glanced back at Gary, who was trotting around the sales floor, helping one customer pick out some herbs while pulling books on ancestor worship for an older lady who couldn’t quite reach the shelves.

You know, my birthday is coming up in a few weeks, and I’ve got a little mad money. Maybe I’ll come back to the shop that weekend, matcha green tea latte in hand, and do some celebratory spending with Gary. I feel like we’d be happy to see each other. 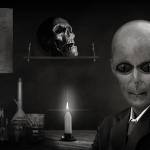 September 1, 2021
Witch This, Not That: Shadow Work
Next Post 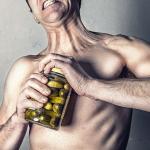 We’re Living in an Era of High Magic
We have more opportunities to learn magic and to work magic than...
view all Pagan blogs