My Dad: [reading the paper] “Huh. This artist made a face mask to ward off evil spirits.”

Me: “I would totally wear a face mask to ward off evil spirits.”

My Dad: [with a resigned smile] “Yeah. I know you would.”

I’d scheduled a visit to Boston while my dad was having some work done on his apartment, so my brother and sister-in-law put us both up at a lovely bed and breakfast. Here’s what happened as soon as we walked into his room.

Me: [pointing at the mantle] “OH MY GOD, IT’S A BELLARMINE JAR.”

Me: “A Bellarmine jar! They were produced in the Cologne region of Germany back in the 1600s. They were used to store beer and were satirically named after a Catholic cardinal who was infamous for wanting to ban alcohol across Europe.”

Me: “This is just a replica, of course, but can you imagine if we just randomly found an original here? Haha! That would be epic. Oh, and they’re sometimes known as Bartmann jugs, ‘bartmann’ being German for ‘bearded man.’ But I think Bellarmines are what most people call them these days.”

My Dad: [to my sister-in-law; half impressed, half concerned] “How does he even know all this?”

Innkeeper: “Hello! Just popping in to give you the remote control for your air conditioner.”

Me: “Hi there! I couldn’t help but notice a price tag on the bottom of this jar. Is it for sale? Do you accept cash?”

Innkeeper: “What, that? You can just have that.”

What I did not mention to my family is that Bellarmine jars were regularly used to make witch bottles. (As excitable as I am on the subject, I do sometimes know when to stop talking.) I briefly considered turning my new beardy friend into a protective charm, which would sadly dampen his curio value. But then I let myself into my room, where I found something even more useful waiting for me:

This made me so happy! Not only did I end up with another neat souvenir, but I wasn’t going to have to eat the entire jar of pickles in my fridge back home before I had a cost-effective, appropriately-sized empty container. So many wins.

Later, during dinner, I was sharing the story of the time I begged Deborah Lipp to help me with a Tarot reading and then argued against her interpretation, which led to several pages in her next book describing, in loving detail, just how awful I am at reading Tarot [spoiler: I’m really awful at it], and my dad was like, “Sometimes I suspect you have this secret, multi-faceted life that you don’t tell the rest of us about.”

In response, I was like, “I promise I’m boring. I just know some people who know interesting people.”

But damnit, y’all. He’s onto me. I may have to bottle him. 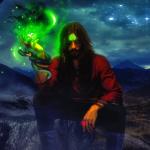 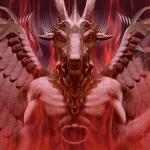 September 8, 2021 And Then I Panicked and Joined the Satanic Temple
Browse Our Archives
Related posts from Fivefold Law