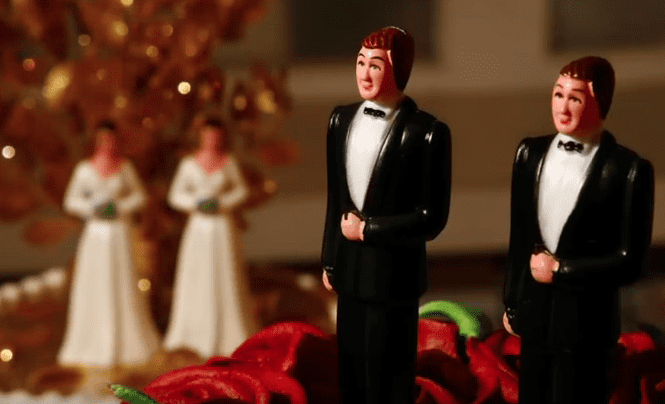 On June 4, 2018, the Supreme Court narrowly ruled in favor of a Colorado baker who refused to make a cake for a gay couple, marking what was, to many, an unexpected loss in the quest for equal rights.

Christians on the conservative end of the spectrum had long been rooting for victory– they see selling a wedding cake to an LGBTQ couple as being a personal and moral endorsement of the relationship of the couple purchasing it. As such, they feel that it is “forced speech” and they are being forced to endorse something they believe the Bible condemns.

I disagree that selling a wedding cake is an endorsement of the relationship of those who purchase it. However, if these bakers *really* believe this principle is true, and assuming they hold to a more conservative interpretation of the Bible, the reality is that they should be denying wedding cakes to a whole *lot* more than just LGBTQ couples. If Christian bakers applied this same ethical logic consistently, here’s 10 couples they should be refusing to sell wedding cakes to:

Let’s make sure we start asking brides what they intend to do after the wedding. The bible is clear- women should be “keepers of the home.” If the bride is career minded or dislikes housework, just tell her “no cake for you!” because you wouldn’t want to endorse a lifestyle that goes against God’s created order.

9. When they’re gluttons or over-eating will take place at the wedding.

Over-eating is a very serious sin, my dear brothers and sisters. Since it is by definition greed, and the Bible calls greed idol worship, we need to make sure that we are not endorsing idol worship. If you have any second thought about this couple over-eating (worshiping idols) you need to refrain from participating in their sin- just say, “no cake for you!”

8. Weddings where there will be drunkenness.

As the brave Christian patriots have argued in the gay wedding cake situations, you need to remember that selling a person a cake is a direct endorsement of their wedding. You’ll want to make sure no one invited to the wedding will be getting drunk (over .08 BAC in most states), because drunk people go to hell, and you don’t want to endorse a behavior that automatically gets people sent to hell.

7. Individuals getting remarried who do not have biblical justification for a prior divorce.

This one is easy but serious- one can only get divorced for two reasons: (a) the other spouse committed adultery, or (b) one was married to an unbeliever who abandoned the believing spouse. Those are the only biblical justifications for divorce, and anything other than those two scenarios means that remarriage will be adultery and fornication. You don’t want to endorse that do you?

6. Weddings where there will be unwholesome music and provocative dancing.

The Bible is clear that no unwholesome talk should come out of our mouths, but that’s pretty much what dance music is these days. To make matters worse, folks will often “bump and grind” or “twerk” on the dance floor to this unwholesome music. Remember, if you sell them a cake, you are directly endorsing all of the unwholesome music and sexually provocative behavior that will happen in that ballroom. Don’t take the chance folks– just say, “no cake for you!”

I know it’s fun to use those military cake toppers, but that’s a n0-no folks. The Bible clearly states in Deuteronomy 24 that a man cannot serve in the military during his first year of marriage. If you sell a cake to that young military couple, you will be endorsing a lifestyle that is directly rebelling against God’s inerrant word. Don’t do it! No more military wedding cakes.

4. Weddings where one spouse-to-be works at a bank.

The Bible in Ezekiel makes it clear that charging interest on a loan is an abomination and that such a person should be put to death. If your customer works at a bank, they are an abomination to the Lord (for the Lord changes not) and you don’t want to endorse an abomination, do you? Refusing to endorse abomination is what this movement is about– so don’t forget those bankers!

Remember folks, the Bible tells us we must not be “unequally yoked.” That means you need to find out the faith background of the couple you’re selling a cake to. If one is a Christian and one is not (or say, if one is a real Christian but the other is a fake Christian like an Episcopal), you need to boldly say “no cake for you!” — and should probably throw in a solid “repent ye!” as well.

The only thing worse than an unequally yoked couple is a couple where both of them are part of a false religion, or worse, atheism. Did you know that by selling a cake to a Hindu you’re actually endorsing the worship of Shiva and all the other Hindu gods? It’s true- you are. Same with selling a wedding cake to atheists- it’s basically as if you’re saying, “yeah, Richard Dawkins is right.” We need to be BOLD for the Lord, because if we sell cakes to atheists, Hindus, or God forbid, a Muslim, we are endorsing that entire belief system.

1. Weddings where the bride will wear an expensive wedding dress.

Finally, before you sell someone a cake, you need to look at the receipt for the wedding dress and make sure that it wasn’t expensive. Why? Well, Paul clearly states that women should not be adorning themselves with expensive apparel, and an expensive wedding dress would count. Just think about what you’re saying if you sell her a wedding cake: you’re saying that Jesus was a liar, because Jesus inspired Paul and Paul said that women shouldn’t have expensive clothes. You don’t want to call Jesus a liar do you? Far better it is to say, “no cake for you!”

Here’s the question I have for these bakers: If you really and truly believe that selling a couple a wedding cake is an endorsement of their relationship or “lifestyle”, why is it you only single out LGBTQ couples?

If you applied that same logic to other moral arguments that can be made from the Bible, wouldn’t you have to refuse service to… just about everyone?

If you applied your professed ethic consistently, I would at least respect you for having a belief and standing by it. However, the fact that you’re only singling out LGBTQ couples tells me one thing: This isn’t a moral principle you truly believe– it’s just selective bigotry and discrimination wrapped in a Bible verse.

*this post has been edited from an earlier version to better reflect current events. 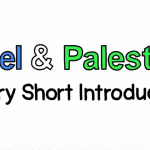 March 28, 2015
Israel vs. Palestine: A Very Short Introduction to the Problem
Next Post 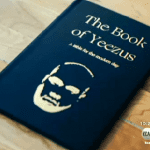 April 6, 2015 Hands Down The Worst Bible Version Ever
Recent Comments
3,462 Comments | Leave a Comment
"All your bragging about Australia and it's Covid success was just wrong."Australia now averages more ..."
Bob Shiloh To Those Christians Who Say, “God ..."
"The reason for equating some of the Bible stories with fairy tales is this:The juvenile ..."
Ann No, Atheist Friends, The Bible Isn’t ..."
"That is my opinion too. God's love, experienced without all the cloudy, blocking filters of ..."
Tony Cutty Letting Go Of Hell (Without Letting ..."
"Nice. Saves me the problem of trying to figure out whether Bactrians have a harder ..."
Karen Silver Camel Through The Eye Of A ..."
Browse Our Archives
get the latest from
Progressive Christian
Sign up for our newsletter
POPULAR AT PATHEOS Progressive Christian
1