10 Things Donald Trump Might Not Realize About Becoming “Born-Again”

Donald Trump is a born again Christian– or so they say. And by they, I mean Focus on the Family’s Dr. James Dobson, who recently claimed that he had first-hand knowledge that Trump recently accepted Christ and that he was now a “baby Christian” in need of our prayers.

Since folks like James Dobson are exhorting Christians such as myself to come around to Trump and begin to help, guide, and shape this “baby Christian”, I’ll do just that– because I happen to know a thing or two about being born-again. In fact, as a kid I was so scared of going to hell that I got reborn around 800 times before my 16th birthday.

As an adult with 8 years of seminary study behind me, and many years of being a Christian, I now see the idea of being born-again with more complexity than Trump may see at the moment. So, I’d love to help him understand what he’s committing to. Here are 10 things that Donald Trump probably doesn’t know about being born-again:

10. Your life should demonstrate a “before” and “after” that contrast each other.

At the heart of it all, it’s really this basic: being born again means something big in your life has changed, and that you’ve turned toward God. It is completely impossible to experience this and not live differently. If Donald Trump is truly born-again, the Trump of today will stand in strong contrast to the Trump of yesterday, because the former will be a “new creation” (2 Cor 5:17).

9. Being born-again requires repentance and asking for forgiveness.

There’s certainly no way around this one that I’m aware: becoming born-again involves an element of being forgiven for our sins, and that means we have to be honest they exist and ask for forgiveness (1 John 1:9). However, Donald Trump has been rather forthright that he doesn’t believe he needs God’s forgiveness– so if he’s truly born-again now, we’ll see a far different stance on this than the old Donald had.

8. Becoming born-again is next to impossible if you’re rich, according to Jesus himself.

Honestly, I’m not sure how the Don got past this one, but Jesus said it was pretty much impossible for a rich person to become born-again. He famously said that it would be easier for a camel to go through the eye of a needle than for a rich person to enter the Kingdom of Heaven (Matthew 9:24).

Many errantly teach that by needle, Jesus meant a gate where camels really struggled to pass and had to get on their bellies to do so, but there is no historical evidence that any such gate existed in first century Jerusalem. This interpretation is repeated because we are taught it, not because it is true or warranted.

Instead, it is far more likely Jesus was using an exaggerated metaphor. It is not possible for a camel to go through an eye of a needle, and it seems quite likely that Jesus believed the same thing about rich people and becoming born-again.

7. Being born-again means you’re dedicated to modeling your life after the example of Jesus.

The Bible says the ultimate proof that one is born-again is that they begin doing the things that Jesus did, and begin using the life of Jesus as the ultimate model for how we should live and love others (1 John 2:6). If Trump is truly born-again, we should expect to see him begin acting like Jesus, saying things like Jesus said, and loving people the way Jesus did.

6. Being born-again means you welcome immigrants.

In Matthew 25 Jesus warns that there will be many Christians who will face God’s judgment on the last day, and that they will be surprised when this happens. The reason Jesus gives is that they did not welcome immigrants, or care for the poor, among other neglected actions (Matthew 25:43). Thus, according to Jesus, if one does not welcome immigrants and care for the other oppressed groups mentioned in this passage, one is not truly born-again.

So will Donald Trump radically change his immigration stance? Will he nix plans for the wall? That’ll be a test to see if he’s really born-again.

5. Being born-again means one actively uses his or her resources to serve the poor and hungry.

Caring for the poor was important to Jesus– so important that he said Christians who don’t do this will face God’s wrath on judgment day, a fate for some Christians that Jesus describes as “eternal punishment” (Matthew 25:46). Thus, those who are truly born again-refrain from oppressing the poor and instead care for them, and advocate for them. In fact, later in the New Testament it’s argued that if one does not do this, the love of God is not in them (1 John 3:17).

4. Being born-again means you radically love your enemies.

In Matthew 5 Jesus says those who actually follow him are committed to nonviolent enemy love (v38-48). He even goes as far as to say that nonviolent enemy love is a requirement of being considered God’s children (v45) and that God’s Kingdom itself is nonviolent (John 18:36). He explains further in Luke that we are to live this way so as to mimic God, who Jesus claims is “kind to the wicked” (Luke 6:35). Thus, it is impossible to be born-again and not advocate that we love our enemies.

3. Being born-again means one rejects all forms of greed.

Greed is a desire for having more than one actually needs, and is one of the most frequently condemned sins throughout the Bible. In fact, Paul argues that it is impossible for greedy people (those who take more resources than what they actually need) to become born-again (1 Cor 6:10) or inherit God’s Kingdom. Thus, those who have been truly born-again carefully monitor themselves to refrain from hoarding wealth, or using/consuming more resources than what they actually need.

If Trump is born-again, we’ll expect to see him begin to give away much of his wealth to those who have less, and will see a Trump who lives far more simply and modestly.

2. Being born-again is evidenced by a deep humility that considers others more important than one’s self.

It is impossible to become born-again and not be humble. Paul says that salvation is not by works specifically so that no one can boast about it (Eph 2:9). He goes on to say we must be “completely humble and gentle” (Eph 4:3) and that our humility should be the kind where we view others as being greater and more important than ourselves (Phil 2:3). Furthermore, James argues that the mark of true wisdom is that one lives a life of good deeds, done in humility (James 3:13).

So is Donald Trump born again? If he is, you’ll see a drastic change in how he talks about himself in the coming days.

1. Being born-again means one rejects the need for political power.

Being born again is at the core, the beginning of a journey to be like Jesus. And what was the first test Jesus faced? The first test for Jesus was being tempted by Satan in the wilderness.

What did Satan offer him?

Turns out, the thing Donald Trump is trying to sell Christians in exchange for their vote, is the very thing Jesus rejected. This is an indictment against both the seller and the buyer– because the example of Christ is to reject this quest for the illusion of power.

So, did Donald Trump really become born-again, as James Dobson is claiming?

If he did, you’re going to see a radically different Donald Trump in the coming days; one that would be hardly recognizable, other than the hair of course. 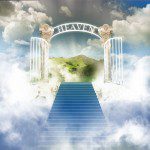 June 22, 2016
Is Christian Universalism Compatible With Free Will? Justice? Hell?
Next Post 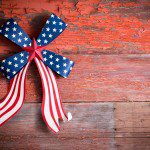 July 4, 2016 Declaring Independence from Violence on the 4th of July
Recent Comments
247 Comments | Leave a Comment
Browse Our Archives
Follow Us!