5 Practices Toward A More Radical Christian Life (a challenge to my readers) February 18, 2014 Benjamin L. Corey

The older I get the more convinced I become that as rich Americans, you and I are at a tremendous disadvantage to experiencing the depths of the Kingdom Jesus came to inaugurate. Jesus of course is the one who famously said that it’s “easier for a camel to fit through the eye of a needle than a rich man to enter the Kingdom”, a verse we often grow up thinking was about them when really it was about us.

Yesterday I started to share with you some of my experiences working in India (full article here, including some of my favorite images from the project) and how these experiences have reminded me that the Christian association with wealth, especially here in the American Empire, is inappropriate for Jesus followers. I am convinced that our unhealthy relationship with richness actually can (and often does) prevent us from entering the “Kingdom” Jesus so often taught about.

While I’ve traveled to more than 40 countries and spent nearly 8 years living outside the US, it has been my time in India (and more specifically my time in the slums & brothel areas) that has most motivated me to rid myself of American materialism so that I’m free to embrace the Kingdom Jesus spoke of.

The culture of the Kingdom is a backwards place where, as Jesus described, the “first will be last and the last will be first”. It’s upside down. Backwards. Whatever “empire” does, Kingdom does the opposite. The forgotten faces of an empire sit on thrones in the Kingdom.

Such a transition, however, is difficult to make– at least it was for me. Radical living is not part of my nature. Giving my life away instead of finding ways to prop it up, was never something I was taught. For this privileged American, entering the Kingdom was hard.

Yes, the Kingdom is backwards on every level. The ultimate reality I discovered was that I was not free to fully embrace this new way of living until I was free from the unhealthy love affair I was having with myself, and with my possessions. The secret to the Kingdom is that you find your meaning through giving your life away– the exact opposite of what empire teaches!

In this regard, if we want to fully embrace the Kingdom Jesus invites us into, we must enact principles of living that free us from the key things that keep us out of the Kingdom: self and possessions. The following are the five practices I’ve been working on over the last few years that I have found to be a path to freedom; these practices have changed my life. If you put them into practice, consistently, I am convinced that you will discover a radical new life that is beyond anything you’ve experienced before… something Jesus (and now I) call, the “Kingdom”.

This was perhaps the most difficult new practice to learn and is one that I still long to master. Wherever I’ve gone I’ve always traipsed around with too much “stuff” that I had poor excuses for holding onto. Everything had a potential future use, or was declared “sentimental” (which meant I allowed myself to keep it without reason). As hard as it is, we need to purge! At least once a year I go back to what is left of the many boxes I used to carry around and get rid of anything I don’t legitimately need. At first it is hard, but I am finding that each time I do this it gets easier, and I feel more free. I do the same thing with my clothes and anything else I own– as often as I can, I go through them and I get rid of (give away) anything that I don’t need. Practice this long enough, and you’ll find that you no longer have all this “stuff” hanging over your head and needless possessions weighing you down.

2. Practice curbing your impulse to acquire.

You and I are surrounded by thousands of messages every day that tell us we NEED MORE. 99.9% of the time, these messages are lies that need to be resisted. Failure to do so invites us into a never ending cycle where we’re always seeking happiness in the next big thing. Such a life is futile and never leads to happiness. However, this is hard stuff as Americans– the only way to beat the impulse to acquire is to starve it to death. I used to be incredibly materialistic (thus, #1) and became addicted to having the next best thing, and having it now. While it has taken 3-4 years of practice, today I never allow myself to acquire a “want” on impulse but instead force myself to wait until the desire passes. It’s like fighting a craving– the more you fight it the less powerful it becomes, and you eventually master it instead of it mastering you. This ultimately leads to a freedom from want, which is one of the best feelings in the world.

This is quite similar to #2, but recovering the practice of fasting was a spiritual behavior that helped me progressively learn to better master general “wants”.  The tradition of fasting is simply a predetermined period of time where you deny yourself something without giving in. When you fast, you give yourself a bite-sized opportunity to learn that you’ll really be okay with less. We often think of fasting as being from food, but I would encourage you to think bigger. For example, last year for lent I fasted for 40 days from reading websites that usually just made me angry (but I loved reading them). By the end of the 40 day fast I realized I was free from them, and haven’t been back all year. I would encourage you to try it out by scheduling two fasts per year, and do it for a chunk of time that you feel you can achieve– the goal is to get some “wins” under your belt so you develop the confidence to rid yourself of bigger wants.

1-3 serve as the preparation for a life spent doing 4 & 5, but practice these NOW and see how life-giving they are:

Find opportunities to give money and possessions away, and do it with a good attitude. If this is hard for you, start small (like we learned in fasting) and let the satisfaction it brings spur you to be progressively more generous. Research some causes that you’re passionate about and find ways that you can give to the cause. Find people in your local area who have a need you can meet, and go meet it. Challenge yourself each year to be more generous than the year before, and even become willing to sacrifice so that you can maintain a lifestyle of generosity. The want to be generous is the only want you’ll never have to fight– just give into it. If you try this long enough you might actually discover that you enjoy giving your money away more than you enjoy spending it on yourself.

Hospitality is a form of generosity but goes a bit further. Hospitality is what generosity looks like in a relationship. Make your home a place where people can gather and where you serve them. Increase the frequency that you invite guests over, telling them that they don’t have to bring anything “other than themselves”. Through hospitality, you’re not simply being generous but you’re also developing meaningful relationships which are essential to Kingdom living. Furthermore, if you want to show hospitality the way Jesus describes, make sure you’re inviting people over that you normally would not think to invite! One time Jesus told a story about the Kingdom and in the story he says to “go out into the streets and invite the excluded to come in and sit down at the table”. So, be hospitable, but be hospitable with people who who are often excluded.

Here’s my challenge: commit yourself to practicing these 5 things over the next 90 days (just try each of them at least once) and see what changes in your life. Write to me about your experience at the end of the 90 days, and I’ll compile some of your stories to share with the other readers. 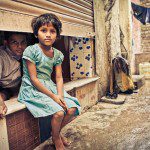 February 17, 2014
When Pastors Live In Multimillion Dollar Mansions, It's Not A Sign Of God's Blessing-- But Our Sinfulness
Next Post