Bernie Is Right: Morality Is More Than Abortion & Gay Marriage 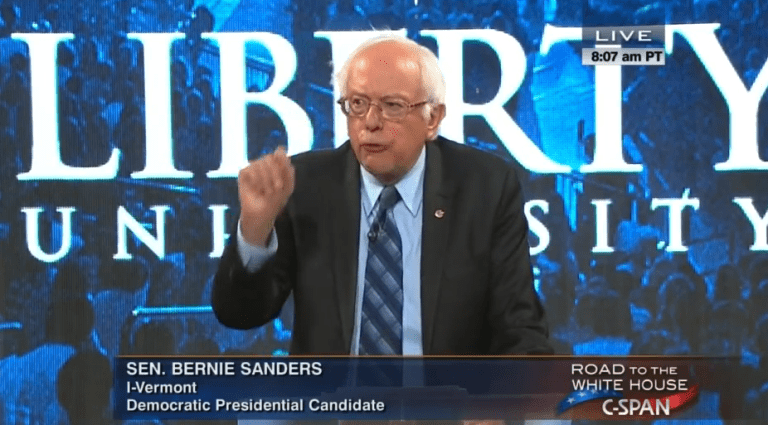 I won’t be endorsing any candidates for president. Neither am I a member of any political party in the United States.

But I did watch Bernie Sander’s speech at Liberty University yesterday. I mean, a socialist Jew speaking in front of a room full of people who began the event by worshipping a socialist Jew? That was must-see-TV if you ask me. Even given my aversion to Christian involvement in politics, watching the speech was worth my time. (You can catch the full speech, here.)

Bernie immediately acknowledged he was speaking to an audience who likely held profound disagreements with him on some issues, but spent the thrust of his speech making a point that needs to be reiterated loud and clear across the fruited plains of American Christianity:

Morality is more than abortion and gay marriage.

Code-words such as “biblical morality” have been diluted in recent generations of American Christians to the point that almost everyone knows their new cultural meaning: such terms have become synonymous with being anti-gay marriage and anti-abortion, and little else.

And that’s a shame– because morality is so much more than one’s position on gay marriage or abortion.

I made the same point in my book, Undiluted: Rediscovering The Radical Message of Jesus:

“As a result of this blending of Jesus and culture, many of us have been left with a distorted view of Jesus and what it looks like to follow him. The message of the greatest teacher in all human history, the Son of God, the awaited Messiah, the Savior of humanity, had his message reduced to:

Gay marriage with destroy us.

Bernie spoke prophetic words– not just to Liberty but to all of us– by reminding American Christianity of what it has long forgotten: biblical morality is so, so much more than what Americanized Christians have turned it into.

As Bernie pointed out, while conservative Christians have been busy fighting abortion and gay marriage, the United States has become the richest country in history but who now can boast of having the highest child poverty rate in the industrialized world. While fighting to make abortion illegal, the political party supported by conservative Christians has been slashing funds that feed poor children and single moms– a version of morality that says “fetuses matter, but children do not.”

Politics aside, I share Bernie’s question: how in the world is that “biblical” morality?

True biblical morality doesn’t neglect the poor while allowing the rich to continue to amass wealth upon more wealth, but instead rejects and rebukes the evil of greed.

True biblical morality gives priority to the lowly, it welcomes the immigrant, it invites in the outcast, and offers them a seat of honor at our table.

True biblical morality is not marked with a concern of one’s self or their own individual rights, but is concerned with what is good and right for others to be more important.

True biblical morality is not concerned with the question, “How do I keep more?” but “How do I give more?”

True, comprehensive biblical morality includes so many things that all stand side-by-side as moral equals— and goes far beyond one’s opinion on abortion or gay marriage.

Those religious leaders who have walked before us have distorted the meaning of biblical morality for their own political purposes and personal gain— and millions have blindly followed them (and made them rich) while ignoring the aspects of a biblical worldview that are actually discussed in Scripture.

It’s time for that chapter in American Christian history, to end.

It’s time to reclaim a holistic understanding of biblical morality, instead of blindly following political and religious leaders who are content to allow children to go hungry, and refugees to perish, so long as they are able to hold onto their money and positions of power.

Please folks, take the blinders off. Stop blindly following. Stop buying everything so-called Christian politicians and leaders try to sell you without actually thinking for yourself.

Even if you’re unwilling to branch out and think bigger, at least know this: that feeling of moral disgust you have when you see two men getting a marriage license?

Yeah, that’s exactly how we feel when political leaders slash food stamps, refuse to help refugees, or drop bombs on people. It’s an offense to our biblical morality.

A Christian view of morality is more than abortion and gay marriage– and the republican party doesn’t have a monopoly on true, comprehensive biblical morality. 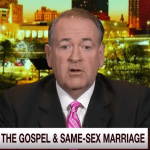 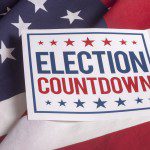 May the circles be unbroken
slacktivist
Books by This Author Books by Benjamin L. Corey