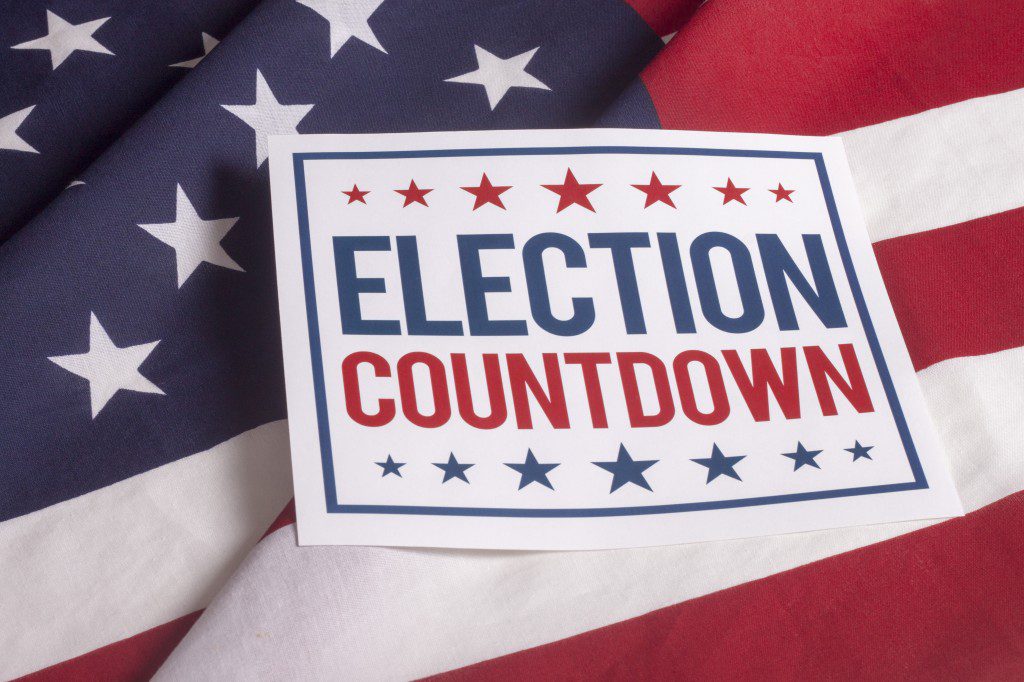 So, here we are. It’s another election cycle and the “fun” has begun.

Like it or not, for the next 13 months the news cycle is going to be dominated by presidential politics. There will be plenty of articles to read, debates to watch, and discussions to be had.

It’s all part of American tradition.

However, for those of us who profess to follow Jesus of Nazareth, it is of critical importance to remember that our behavior must not be driven by American tradition, but must be something driven by our identities as Christ-followers. In light of that, here are 5 things I think fellow Christians should keep in mind this election cycle:

1. Remember the Bible teaches us to not place any of our hope for the future in political leaders.

On the day after an election, I’m often shocked at the power of a political loss (or victory) to impact Christian attitudes. Most especially after a loss, it’s amazing to see how so many Christians express dismay and fear that all hope for the future is lost. The reason why this often occurs is because we have a silent form of idolatry in the American Church: putting our hope in a political Messiah instead of the actual Messiah. The Bible issues strong warnings against this– instead instructing us to not “put confidence in powerful people; there is no help for you there” (Psalm 146:3). If watching your preferred candidate lose the election would throw you into a sea of pessimism, it’s likely that you have placed your hope and confidence into a political idol instead of Jesus.

This election cycle, may we refrain from the sinful desire to place our hope in a political leader– as Christians, the only source of our hope is Jesus Christ who alone is Lord.

2. Remember that Jesus tells us to seek first the Kingdom of God.

I hate to break it to folks, but the “Kingdom of God” and “America” are not synonyms. As Jesus followers our loyalty is to a different Kingdom, one that Jesus claimed was not of this world (John 18:36). Furthermore, we’re actually called to live here, not as American citizens, but as immigrants from another place– people who are called to live out our time as foreigners, immigrants, and exiles (1 Peter 1:17, 1 Peter 2:11). This unique calling to serve God’s Kingdom should, at a minimum, invite Christians in America to really take a moment to reconsider the time, attention and efforts often given to the American political process, compared to those given to the Kingdom.

Regardless of your political persuasion, it’s easy to spend more time getting sucked into American politics than we spend on actual Kingdom initiatives– so let’s be mindful of that. If your political involvement is overshadowing tangible Kingdom work, you’re likely seeking a worldly Kingdom first.

3. Remember the Kingdom of God is not advanced by power, might, or political force.

One of the first things that happened in the ministry of Jesus is that he rejected the offer of political power, but for 1700 years (post-Constantine) his followers have been trying to do precisely the opposite. You don’t need your “side” to win in order to advance the Kingdom of God, because it doesn’t work that way. Taking control of the government isn’t how we as Jesus followers are called to do our jobs: we’re called to be servants who are busy making the world a better place right where we are.

While many Christians are waiting to “take America back” before they do much earthly good, God is looking to us to be agents of reconciliation right here, right now, and without the need to have power or control.

4. Remember we should strive to be people who embody gentleness, and who control our tongues when having disagreements.

I admit it, I suck at this one, so this is for me as much as it is for you. Scripture repeatedly tells us to be gentle (Gal. 5:22-23), we’re told to exercise caution over the words that flow out of our mouths (Prov. 21:23), and that the ultimate evidence we are the people of God is our ability to love others (John 13:35). Some of us struggle with this more than others, and election season is perhaps the most appropriate moments to remind ourselves of this. (I probably tell myself, “Just walk away, Ben. Just walk away.” a dozen times a day.)

What’s far more important than political purity and winning arguments is the testimony of our ability and willingness to love one another. May we, the people of God, make love and gentleness our highest priority.

5. For those who decide to engage the political process, may you remember that your political party doesn’t have a monopoly on Jesus.

I’m the guy who wrote a letter to his grandmother (a democrat) telling her she wasn’t a true Christian because she wasn’t a republican. Sadly, she passed away before I repented of my old ways. However, it’s a common mistake to think that one political party has a monopoly on Jesus. Because of the powers of culture, it is almost second nature to read your political beliefs into Jesus instead of reading Jesus into your political beliefs. When this happens, one becomes quick to assume that anyone who disagrees must not be a “true” Christian.

Jesus isn’t a republican or a democrat, he’s completely “other.” Neither party embodies the teaching and example of Jesus. Feel led to participate in secular politics? Fine– engage it and be an educated voter. But don’t make the mistake of assuming that Jesus is a member of your particular political party, because Jesus is his own political party.

Election season is part of American tradition. It can be fun. It can be entertaining. But for those of us who profess to follow Jesus, may we remember to strive to live by the culture of a different Kingdom. 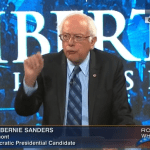 September 15, 2015
Bernie Is Right: Morality Is More Than Abortion & Gay Marriage
Next Post 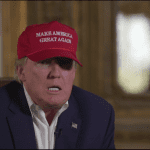 September 17, 2015 And Here's Donald Trump Referencing Part of the Bible That Doesn't Exist:
Recent Comments
165 Comments | Leave a Comment
"So does the devil..."
Steven Waling 5 Reasons Why More Christians Are ..."
"The parable of the Rich Young Man is in both Mark and Luke. I'm not ..."
Kevin R. Cross There’s Only Two Types Of “Christian” ..."
"I appreciate this article, but for all the lifting up of scholarly study and academic ..."
John Creasy What Jesus Talked About When He ..."
"Yep.That's why I'll never debate an atheist. First, I respect their courage of conviction. And ..."
Jislaaik Rockadopolis Why Do Intelligent Atheists Still Read ..."
Browse Our Archives
get the latest from
Progressive Christian
Sign up for our newsletter
POPULAR AT PATHEOS Progressive Christian
1