I don’t endorse political candidates, and this piece is not an endorsement. However, as someone fascinated by culture (in less than 6 weeks I will *finally* be a Doctor of Intercultural Studies!), I can’t help but comment on the phenomenon of Bernie Sanders in American culture.

Some people love him, and others appear outright frightened by his ideas.

I think what most interests me however, is the misconception that Bernie Sanders and his ideas are somehow radical or extreme. Perhaps they were years ago, but there’s nothing radical or extreme about these kinds of ideas in America today.

While some on the political right may see Bernie’s ideas as representative of a fringe minority of individuals, there are a growing number of people who actually see these ideas as being quite normal. I think the fact that Bernie out-performs his only competitor in nearly every category is actually a testimony to how normal these ideas are.  Julian Zelizer from CNN recently made this same observation:

“But Sanders’ political appeal is based on much more than the thrill of an anti-establishment insurgent or some unexpected love affair of millennials with a Brooklyn socialist. Part of what has given Sanders his strength is how mainstream many of his standard political arguments are. If one listens to what he has been saying, it is possible to see that Sanders is not that radical at all. In many respects, his campaign directly addresses fundamental concerns that a wide range of Americans have about their future.”

I think Zelier’s observation is correct; a wide range of Americans share Bernie Sanders’ concerns and his ideas, without finding them radical or extreme. In fact, I believe a solid portion of the population is waking up to the reality that the hyper-individualistic system we were born into is actually what’s dangerous and extreme.

I believe the average person is beginning to view a system that allows an employer to become a billionaire, while that person’s employees are forced to apply for food stamps and government housing, as being dangerous and extreme.

I believe the average person is beginning to view a system where the basic college education needed to build a life is completely unaffordable and out of reach for a large segment of society, as being dangerous and extreme.

I believe the average person is beginning to view a system where government leaders are functionally elected by vote of the rich, as being dangerous and extreme.

And more than being dangerous and extreme, I believe the average person is beginning to view the current system as being fundamentally unfair.

When I listen to the ideas of Senator Sanders, I find less and less of his ideas to be radical. Instead, his ideas seem to represent the hopes and concerns of most of the people I know in real life.

And, beyond the alignment with most of the people I know in real life, his ideas are actually pretty normal in the world that exists outside of U.S borders (we’re not the only people in the world, FWIW). In fact, ideas like universal healthcare and access to higher education are actually old ideas, where the U.S still lags behind much of the developed world.

I am reminded of this when I think back to my years living in Europe or when I travel internationally for speaking. Just a few weeks ago I was delivering a guest lecture at a university in Canada and one person came up after and said, “they might see you as somehow radical or controversial in America, but here you’d just be considered normal.“

I think the same holds true to the kind of ideas we hear expressed by Bernie Sanders.

These basic ideas of equality and fairness are not extreme or dangerous; to many of us, they’re just normal. 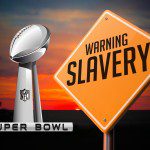 February 2, 2016
No, The Super Bowl Isn't The Largest Sex Trafficking Event In The World
Next Post 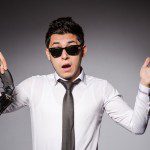