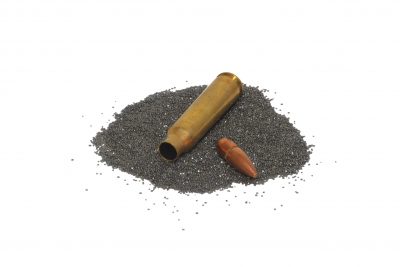 Any culture has a difficult tendency to send conflicting messages on an array of issues, and American culture is no different. This fact is especially true when it comes to one of America’s hallmark characteristics: violence.

The use of violence towards others is at the very foundation of the American identity– it’s how we were born as a nation, and how we have thrived as a nation. Since we benefit so greatly from this violence, we have not only culturally justified it but have gone one step further and glorified it as being good, noble, justified, and one of the things that makes us so “great.”

Those who volunteer to sign up to carry out America’s violence are immediately deified as cultural heroes– even within the church of Jesus Christ itself. I often see this immediately upon entering many churches in America, where one can often find bulletin boards on the walls plastered with pictures of military members the church has sent off to use violence to advance the interests of empire. I myself remember this well from my own decade in the military; I received no greater treatment in the church as I did on those days when I’d return home and come to worship Christ, while wearing Caesar’s uniform.

We’re also seeing this deification of violence and murder play out with the soon-to-be released movie, American Sniper, based on the life of Chris Kyle who is stated to be the most deadly sniper in American history. What would by any other account be classified as mass-murder, is justified and glorified by both culture and much of the American church.

Except, not all of these “heroes” turn out so well after their stints of carrying out violence for Caesar’s empire– such as the case of Andrew Howard Brannan who was executed last night in the state of Georgia. Brannan was a Vietnam veteran who, like America’s new hero Chris Kyle, carried out violence on our behalf. We trained him and conditioned him to kill, as we do so many others who wear the uniform– and kill he did.

Except in the end he didn’t just kill the people we wanted him to kill– he killed a police officer back home. Someone who one moment could be considered a “hero” for using violence, now became a criminal who used violence– a story that ended last night when the state of Georgia itself used lethal violence (to teach him lethal violence is wrong), thus continuing the big, never ending legacy of American violence.

Andrew Howard Brannan and Chris Kyle did what they were taught to do: kill. But what we find from the juxtaposition of the two individuals is the following:

Killing in a uniform = glorious and justified.

Killing in the street = despicable, and worthy of death.

Whether killing on behalf of the state, or killing in the streets, American culture has one go-to failsafe for dealing with it: glorification and justification of even more violence. In the case of Chris Kyle, we will immortalize him and his violence in a movie that undoubtedly will inspire some to grow up and follow in his footsteps– thus continuing a legacy of violence. In the case of Brannan, we offer the same cure: the justification and use of even more violence in response to violence.

In fact, Chris Kyle’s legacy of violence will likely continue well past the movie. You see, Kyle is dead– but he didn’t die on the battlefield. He instead was shot and killed on a Texas shooting range by Eddie Ray Routh, a Marine friend. Routh now awaits trial in Texas on two counts of capital murder, and I’ll give you three guesses how that will turn out in Texas– but you’ll only need one. The cycle of violence will end with yet another case of violence being used to take a life.

Here’s the deal America: when are we going to wake up and see that violence is a crazy animal that cannot be contained? When will we open our eyes and realize that our justification of violence at every turn, and our use of violence as a response to violence, only keeps the entire cycle moving like clockwork?

Who will be that shining city? Who will uncover light so that it can pierce this blanket of darkness and death? Who will be the people who stand up and say, “we will not be complicit in continuing a legacy of violence?”

My hope and prayer is that it would be the people of Jesus– because that’s our job.

Generation after generation of people have complied with a national legacy of violence, including far too many in the church itself. It is long past due for Jesus followers in America to get busy–and get serious– about pointing people (especially Christians!) away from an American legacy, and pointing them towards a Kingdom legacy.

But we, the people of Jesus, are invited to build a Kingdom legacy– one that looks radically different than anything this nation, or this world can offer. 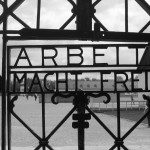 January 9, 2015
Hey Ken Ham: You Aren't Being Persecuted
Next Post 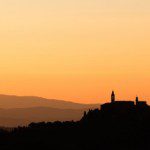 January 15, 2015 And Here's The Irony: We're All Fundamentalists In The End
Recent Comments
43 Comments | Leave a Comment
Browse Our Archives
Related posts from The Official Blog of Benjamin L. Corey