The Total and Complete Biblical Case for Supporting Donald Trump

As I had expected, the #NeverTrump movement among evangelical Christians was short-lived. What was once a strong, “Hell no!” has slowly become a, “Well, we probably oughtta.”

Some prominent Christians have shifted dramatically between these two camps, with folks like Wayne Grudem now switching sides and arguing that voting for Trump is a “morally good choice.” Others, such as Bonhoeffer history revisionist, Eric Metaxas, have been on the Trump train early on. And then of course, there’s the folks in your Facebook feed who once thought Trump was inept and offensive, but now seem to think that the future of Christianity depends on whether or not he’s not elected president.

Honestly, I am not shocked at the evangelical flip-flop on Trump. Early on, I anticipated the #NeverTrump movement would last right up until the moment Hillary Clinton accepted the Democratic nomination, and that seems to be exactly what’s happening.

Those who are leading the charge are, of course, going to the Bible for support. As a Christian I wholeheartedly support this notion of turning to the Bible. Having two masters and a doctorate from solidly evangelical seminaries, I’ve spent enough time studying the Bible that I thought I would make a contribution in this effort to develop a solidly biblical case for supporting Donald Trump. It’s just the kinda thing I enjoy doing.

I have put considerable time and effort into compiling The Total and Complete Biblical Case for Supporting Donald Trump™. I have sifted through every Old Testament and New Testament passage that could possibly apply. I’ve examined the Greek, I’ve gone to commentaries by respected scholars, and I have painstakingly compiled all of the biblical arguments and specific texts into one handy-dandy document.

I publish this Total and Complete Biblical Case for Supporting Donald Trump™ not to seek credit for myself. All the work involved was a labor for the Kingdom, and a desire to help educate my fellow Christians on these critical biblical passages and arguments. It was a labor of love.

My prayer is that my efforts will be used as a resource for Christian voters across this great land who want to ensure they know every possible biblical passage, and every valid biblical argument, that rationalizes their support of Donald Trump.

Feel free to print and post these Bible passages at your church, on the walls of your wedding cake business, post to Facebook, and of course, feel free to send this to that relative we all have. And you know exactly who I’m talking about. Yes, send it to them so they can be sure of which Bible passages specifically support their choice in Trump.

Anyone who is seeking biblical justification, need look no further.

Thus, without further introduction, I do present to you The Total and Complete Biblical Case for Supporting Donald Trump™ on the next page:

July 31, 2016
Why We Need To Stop Divorce-Shaming Conservatives (And Everyone Else, Too)
Next Post 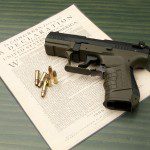