Dear Susan: Am I Not Loving Gays When I Tell Them the “Truth” About Their Sin? 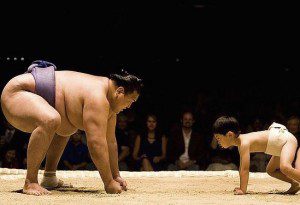 You’ve heard the phrases… confronting people in their sin, tough love, speaking the truth in love, helping people live right. Call it what you will, but it’s really spiritual bullying. It’s not our job and it is doing more damage than you can possibly imagine. Broken families, homelessness, drug abuse, even suicide.

For the bullies, it has been conveyed as the “godly” thing to do. Loving people so deeply and so purely that they just can’t let them “continue in their sin.”

It might sound good, it may seem right, but it’s wrong. It’s unBiblical and, if you wear one of those little bracelets, it’s certainly NOT what Jesus would do.

And to top it off, those doing the bullying, those throwing kids out of homes and churches, those causing the damage want to have this”debate” as if both sides deserve equal tolerance. Do they?

This is the argument that many in the church make when they defend an anti-gay stance. I hear it a lot and I look forward to answering it today.

I believe I have an obligation born of love to tell someone the truth about the condition of their relationship with the Father. Not quite the same as “hounding” someone to change their behavior because I don’t agree with it. I truly understand the sensitivity and the concern that anyone “gay or straight” would question the established order of this forum. Please understand that I believe that tolerance is a two-way street. We need to meet people where they are and avoid the labels and division that separate us. To assume that I am “anti-gay” because I express an opinion meant to stimulate critical thinking is no more enlightened than how some “CINO’s” [Christian in Name Only] diminish gays.

Please listen to your words: “an obligation born of love to tell someone the truth about the condition of their relationship with the Father.” Do you not hear the way you view your own opinion? You are talking about people you don’t even know in a real and personal way – because if you did, you would know that Christian LGBTQ people have struggled through endless nights with God trying to understand, wrestling with something about themselves they cannot change.

This is the common refrain, “I didn’t choose this! With all the judgment and rejection, I would NEVER choose this!” Continuing to tell them about “the condition of their relationship with the Father” is the height of misunderstanding – and arrogance. Do you see that?

Also, I see how a two-way street on tolerance makes sense to you – but it’s a no.

And by the way, all these oppressors used the Bible to support their views and justify their horrific actions.

No, both sides of this issue are NOT the same.

LGBTQ people who have been harassed, beaten, rejected, denied access to places (church, business, marriage) that straight people take for granted, deserve a place at the table that has been dominated by the prevailing anti-gay opinion. They deserve a place to have their voice heard.

The prevailing view has been anti-gay. “Disdain for homosexuality” is built into our definition of manhood. So yes, that is what we’re up against.

Both sides are not equal and do not deserve equal hearing.

Anti-gay bias has been played out and found deadly. We’re at the end of that road. No more slave-ownership in America. No more concentration camps in Europe. And if our heart were right, no more women would be urged to go back to abusive husbands.

We’ll educate here, we’ll help people climb over the mounds of anti-gay bigotry that has been put on them. But we won’t entertain those conversations as equal. 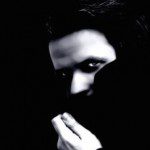 February 12, 2015
Did Someone Sneaky Hack Into Your Truth?
Next Post 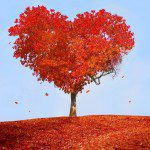 February 14, 2015 Jesus Blog: How Does Jesus Want You to Love Each Other?
Recent Comments
0 | Leave a Comment
"Why do you not include I...Intersex youth in your concerns?"
Daniel Johnson How a Parent’s Journey Can Help ..."
"Excellently said. LOVE PERIOD. CHRIST'S LOVE.THANK YOU."
Bob Peacock How To Parent an LGBTQI (or ..."
"as an lgbtq+ person great article."
Brandon Roberts How a Parent’s Journey Can Help ..."
"25% of LGBTQ homeless youth become homeless the day they come out to Christian parents. ..."
ryu238 Religious Liberties Again?!? It’s Not Biblical!
Browse Our Archives
Related posts from FreedHearts