Acceptance of LGBTQ is a Slippery Slope

Acceptance of LGBTQ is a Slippery Slope October 27, 2015 Susan Cottrell 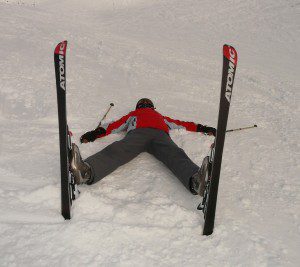 Perhaps you’ve heard this, that acceptance of LGBTQ, of “unauthorized” behavior is a slippery slope toward more acceptance. (And we can’t have that, can we?)

Poor people were once considered subhuman, property, subjects of a king. We shifted on that which led to founding a new nation outside the reach of a king. We’re still working on changing systems that entrap people on poverty.

I hope you get my drift.

The slippery slope is the normalization of segments of the population that were previously regarded as subhuman. This is the growth and maturation of humanity. It reflects a truer understanding of God, and justice for those oppressed and marginalized by prejudice.

This is where the slippery slope for LGBTQ people is leading.

Now, I want you to give me a hand here, because we’re going to turn that Slippery Slope argument on its head. You ready?

It’s the religious people who are on a slippery slope.

Box-christians are continually focused on sin, on defining sin, of notifying others of sin – none of which Jesus gave us permission to do.

Jesus did not talk much about sin as a thing, he talked about following his way in relationship. Jesus did not define sin in terms of what’s sin and what’s not, but focused on the heart. Remember when he said that to think it is the same as to do it? He said that several times, citing adultery, murder, and judgment.

Remember how Jesus was kind to those the religious leaders didn’t accept, and harsh to the religious leaders, which they didn’t expect. Jesus warned religious people repeatedly about their arrogance and harshness and oppression of the powerless, and he warned people not to judge each other but to mind their own business. Jesus trounced them for their lack of love.

The real slippery slope is judgment.

The real slippery slope is the increasing lack of love.

Other people don’t have the right or authority to define for you what your journey looks like. You’ve heard the phrase, “Who died and made you pope?” I think you get my point. No human being gets to tell you what it’s “supposed to be.”

What it’s supposed to be is what you are discovering as you connect with what’s real inside you.

Jesus challenged the idea that the authority for one’s spiritual path rests in the hands of religious gurus, or religious belief systems, structures, or traditions.

Instead, he taught people to listen and follow the life-giving Spirit within all of us.

This is an excerpt from my new book—True Colors: Celebrating the Truth and Beauty of the Real You. AVAILABLE NOW! Click here for details. 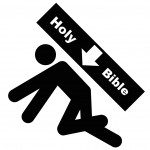 October 20, 2015
Beware of Falling Scripture - It Can Really Hurt
Next Post 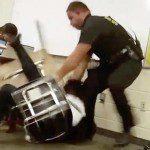 October 30, 2015 Ask Any LGBTQ Person if They Have Ever Felt Like This - The Answer Will be Yes
Recent Comments
0 | Leave a Comment
Browse Our Archives
get the latest updates from
FreedHearts
and the Patheos
Progressive Christian
Channel
POPULAR AT PATHEOS Progressive Christian
1

The Freedom to Harm is Not...
Divergence