Christians, It’s Time to Admit the Truth and Let Go of Your Aversion to LGBTQ! 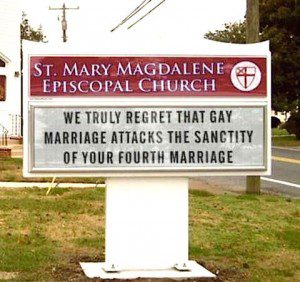 Maybe we all have secrets. But there are many people committed to transparency and authenticity and humility. Certainly not these people.

I am not here to be snarky. I just want to point out that this is yet more evidence that the fundamental, behavior-focused, us vs. them, non-affirming, religious mindset does NOT produce life.

I remind you of this because every day I hear from people who cannot grasp the idea of just letting go of their fight against LGBTQ people, against full LGBTQ equality — because they are so committed to this particular thing.

Nevermind the sexual scandals. Nevermind the fifth marriages.  And let me be clear that these are relevant only because these people have put themselves in a position to complain against other people’s loving marriages. If you live in a glass house, well, you know to be cautious about throwing stones.

Given the amount of rhetoric that was pumped out in the culture via Jerry Falwell and the Moral Majority in the 70s, and continues today through Falwell Jr, James Dobson, Pat Robertson, Franklin Graham, and others, an aversion to anything LGBTQ-related is not surprising.

November 1, 2020
Religious Liberties Again?!? It's Not Biblical!
Next Post