My friend and I were walking ahead of our not-yet-teen daughters at dusk in rural Tennessee, separated by a tenth of a mile so we could engage in our own private conversations. When the truck sped by, we rolled our eyes at its loud exhaust and lifted frame. But the truck, seeing only our daughters (since we’d already taken a turn) slammed on its brakes and stopped in the middle of the rural road. It’s a picturesque, peaceful road, the kind where my toddler squeals with delight at the sight of horses, cows, goats, deer, skunks, coyotes, and raccoons. It’s normally filled with slow-moving tractors and fast-moving trucks.

But that truck in particular stopped.

I pushed 9, then 1, then another 1 on my iPhone and began to run to the girls. It was probably nothing, but something didn’t feel right, and I knew that by the time the police came out to our rural road, whatever was going to happen would’ve happened. The truck backed up and kicked rocks up on the side of the road, then lurched forward as it struggled to completely turn around in the narrow country road.

By the time he reached them, I was there.

He drove slowly by, then sped away when he saw a 36-year-old Momma Grizzly in gym shorts.

But within weeks I was sitting in a gun carry permit class, wanting never again to be in the position of merely having an iPhone and a mean grimace to protect myself and kids. The class, held at my hometown church, was full of men and women ready to learn the basics about guns, self-defense, and where one is allowed to carry guns in the state of Tennessee. It was full of grandmothers and grandfathers, young men and young women preparing for the possibility that they might need to practice self-defense in this predictably unpredictable world.

That’s why I was a little surprised to see all of the controversy surrounding Wisconsin governor Scott Walker’s signing of a concealed-carry bill into law this week. Specifically, people wonder whether fans will start bringing weapons into Lambeau Field, home of the Green Bay Packers. Though the NFL says patrons can’t bring guns into an NFL stadium, the law is unclear, since the stadium is owned jointly by the city and the Green Bay/Brown County Professional Football Stadium District. This may prohibit the NFL from enforcing their own policy.

Those upset about this development don’t understand these three issues.

1. Wisconsin, you are not a trailblazer: Most other states allow citizens to carry a gun, and chaos has not ensued. According to the NRA, 40 states are right-to-carry, 37 require carry permits be issued to applicants who meet uniform standards, two have fairly administered discretionary-issue carry-permit systems, Alaska and Arizona have allowed concealed carrying without a permit since 2003 and July 2010, and Vermont respects the right to carry without a permit. The very fact that so many states have gun-toting citizens should comfort the folks in Wisconsin. You’re not going to wake up after the ink in Governor Walker’s signature dries and suddenly find yourselves living in the Wild West.

2. Carry-permit holders must sit through a great deal of alcohol and drug education. I literally could not believe how long the officers lectured us about the dangers of mixing alcohol and guns: We received verbal instruction, watched a video presentation, and then took a written test. The bottom line is that if you are carrying a gun, you may not drink alcohol, just as you may not walk into your kids’ school with it hanging on your belt loop. These are just the rules. People who are conscientious enough to take these classes and pay their money to get the permit are usually rule-following enough not to drink while carrying.

3. Permit holders do not generally commit crimes. I took my class in a rural Tennessee county most of you would pretty accurately call “redneck.” When I asked the officer how many crimes had been committed by permit holders since the law was enacted in 1993, he said “Zero, though once we had a guy who kept flashing it at Walmart.” And that’s out of thousands of carriers in that county. Florida, as a concrete, less anecdotal example, has 1.9 million permit carriers (more than any state) and has revoked only 168 due to gun crimes by permit-holders. That’s less than 0.009 percent. Additionally, the process flushes out people who have been convicted of major crimes before or who have a mental illness.

Business owners, of course, have the right to forbid people coming into their place of business with weapons. However, while officials are looking at how this pertains to Lambeau Field, people should welcome Wisconsin into the club of so many other states who respect their citizens’ constitutional right to bear arms.

Because you never know when you might need to protect yourself or your children — whether jogging in rural Tennessee or watching a ball game with a plastic slice of cheese on your head.

July 7, 2011 Does More Spending Equal More Compassion?
Recent Comments
0 | Leave a Comment
"and what makes this even better is that the two girls are sisters http://www.huffingtonpost.c..."
d Black activists cried "racism" over this ..."
"It's heart wrenching to hear about this. Our country is getting more vile and depraved ..."
BlackSun Syndicate Target proudly welcomes men to use ..."
"a wolf dressed as a sheep is still a wolf - if u have a ..."
Aussie In Austin Target proudly welcomes men to use ..."
"I am picturing a little turd in pajamas sipping coffee."
Cantbelieveyouthinkthis Los Angeles Craigslist ad somehow captures ..."
Browse Our Archives
get the latest from
Politics Red
Sign up for our newsletter
POPULAR AT PATHEOS Politics Red
1 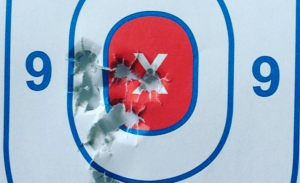 Politics Red
4 things I learned in my "women only"...
The French Revolution